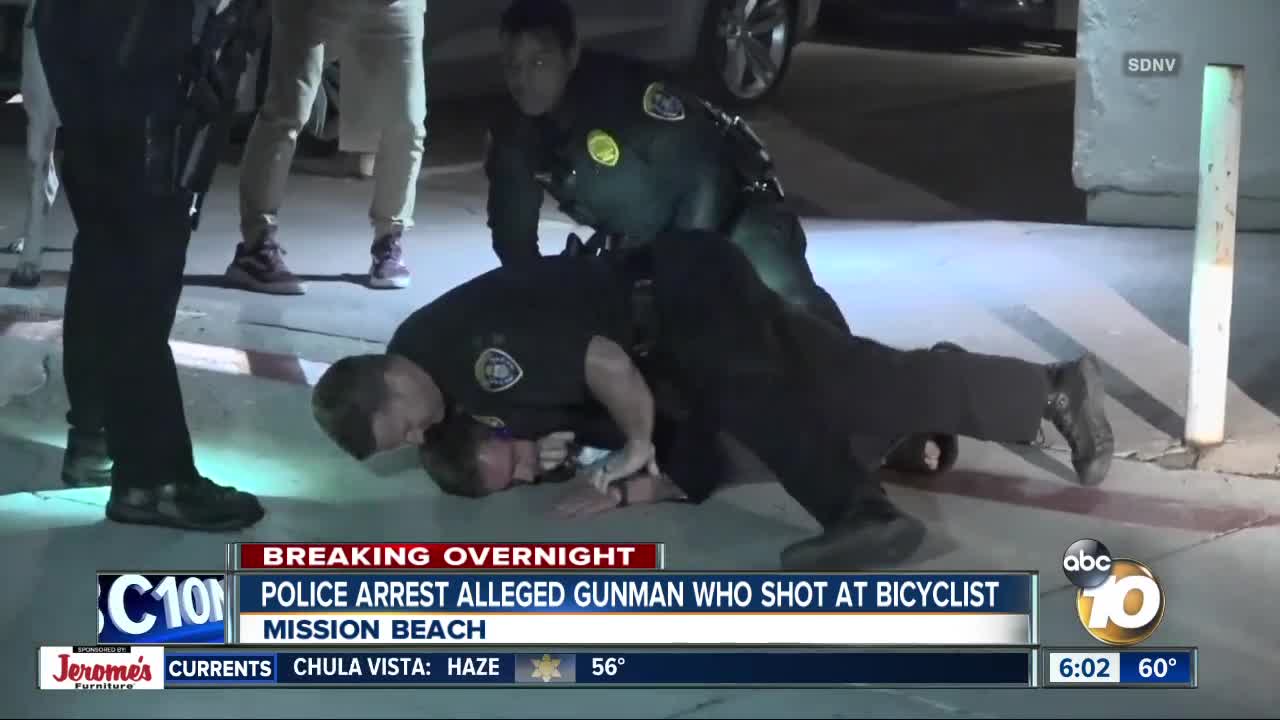 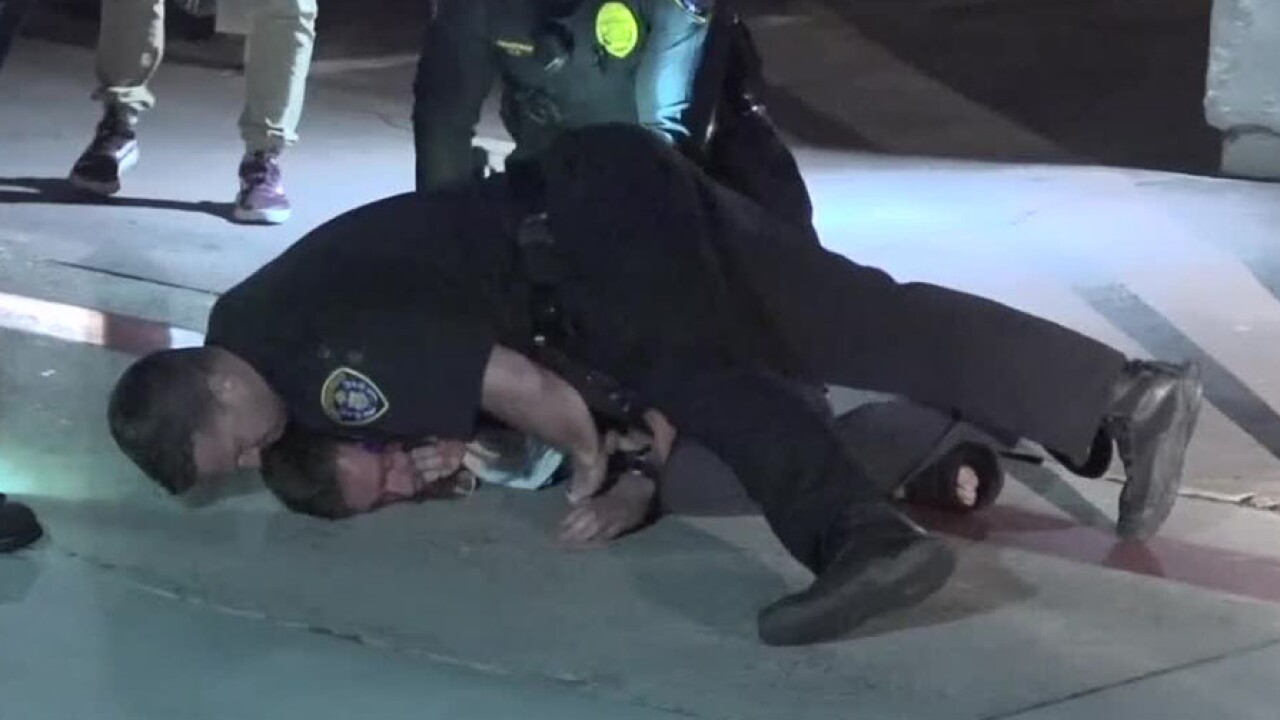 SAN DIEGO (KGTV) - A man was arrested early Thursday morning on suspicion of opening fire at a bicyclist near the Mission Beach Boardwalk.

At around 2 a.m., San Diego police received a call from a bicyclist who reported that he was being shot at while riding near the boardwalk. An apparent argument between the bicyclist and another man preceded the gunfire.

Officers found the man a short time later and arrested him.

Several area residents told 10News they have noticed suspicious activity at the home before.

The bicyclist was not injured in the shooting.