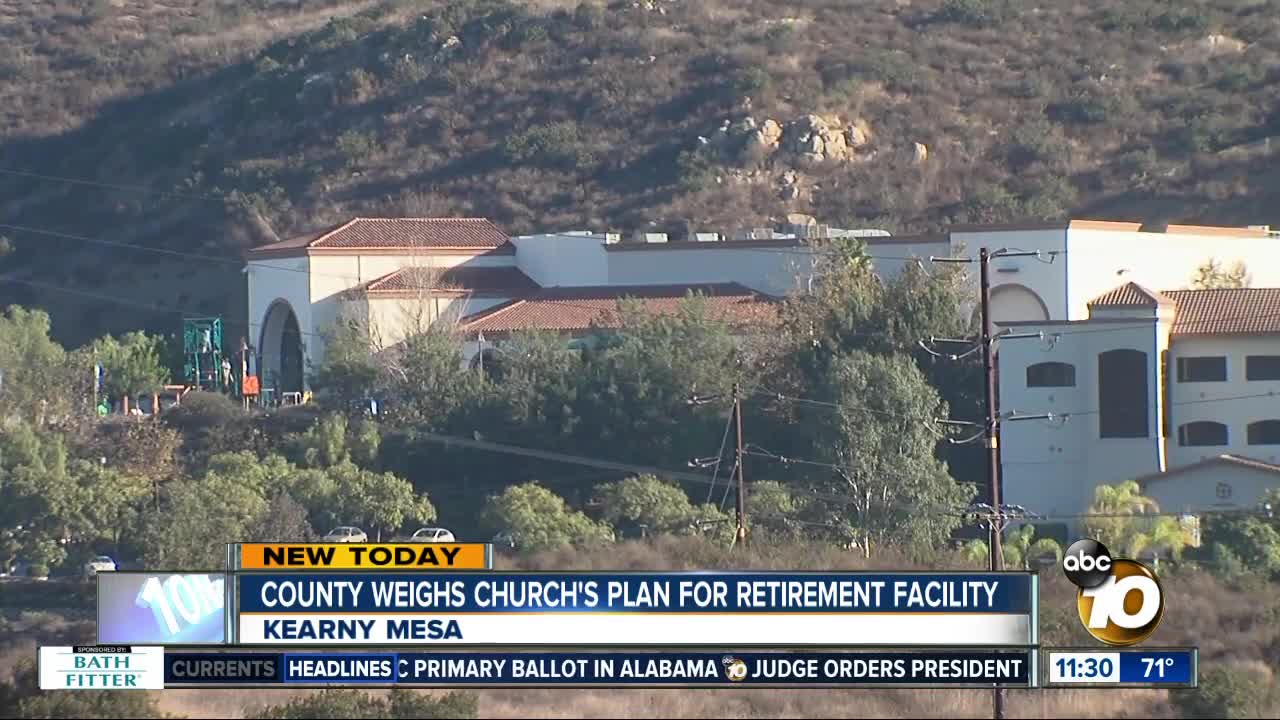 Officials voted five to one in favor of advancing to the development to the next step.

Church officials are looking to build the retirement center in the Valle De Oro neighborhood. It would be located on almost nine acres next to Skyline Church.

The 232 units would be made up of independent and assistant living spaces. The facility would also have a walking trail, offices, a pool, and clinics.

Those who are in support of this plan say it’s needed because of the growing aging community in the San Diego County.

"This application is more than just a request. It’s asking the County’s permission to serve our community, by seeking your permission for this retirement center," said Pastor Dan Grant of Skyline Church.

Opponents say this will cause traffic problems in an already congested location along I-94 just East of Via Mercado. They add, this would be a huge environmental impact on the area.

Now that the Planning Commission has agreed to move forward, they will bring this recommendation to the Board of Supervisors.