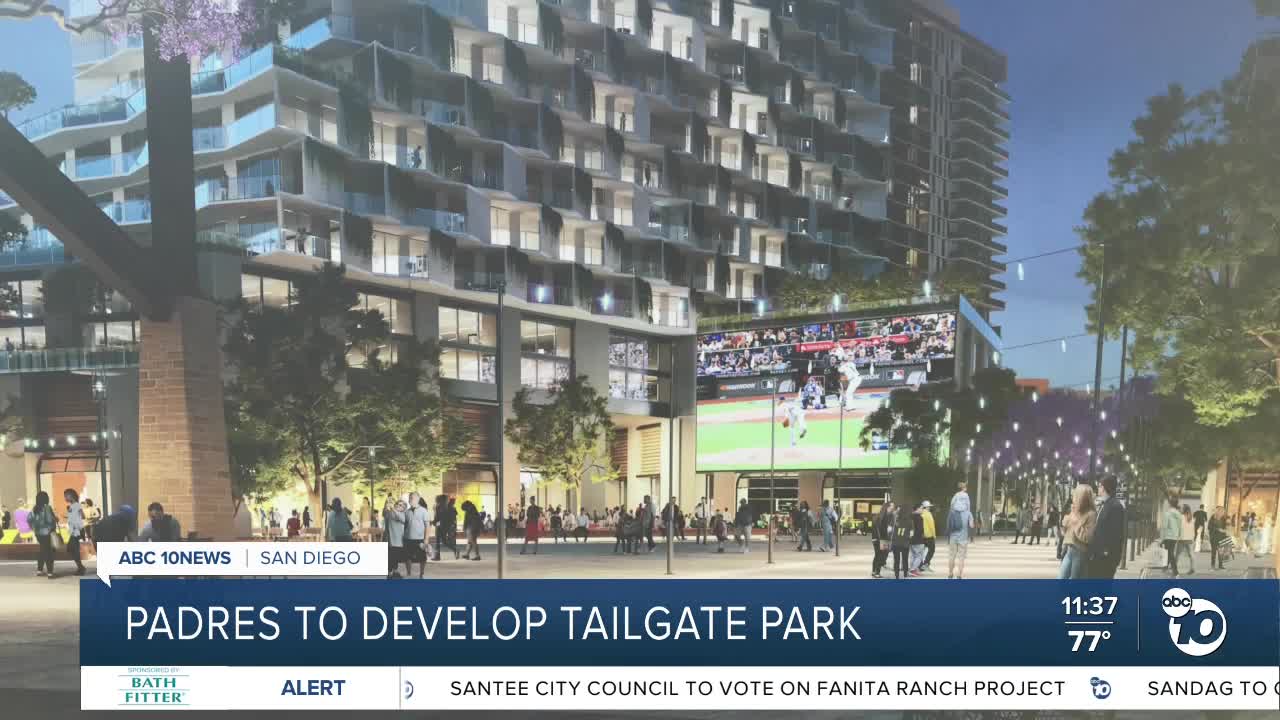 San Diego Mayor Kevin Faulconer announced Wednesday a partnership with the San Diego Padres on the creation of an all-new, mixed-use district outside of Petco Park.

Moving forward with plans to revitalize the neighborhood adjacent to the downtown ballpark, Faulconer announced the winning proposal to transform the space in the East Village known as Tailgate Park into the East Village Quarter -- a project consisting of retail, housing, open space, parking, and more, with the Padres as a partner.

The area is bordered by 12th and Imperial avenues and K and 14th streets. The City of San Diego has owned the four blocks since the ballpark district was developed.

Last December, the city formalized its intent to sell or lease the space, and on Wednesday, Faulconer said the Padres came up with the best proposal to revitalize the area.

The city also held a virtual open house to get public input on the top two proposals and the community’s priorities for the development.

Padres President Erik Gruepner said they want the space to embody the “live, work, play” vision of the East Village, so much of which is already influenced by the team’s presence.

Gruepner spoke about holding neighborhood festivals and farmers markets to help create a feeling of community, turning a parking lot into a neighborhood.

When it comes to parking, the Padres plan to add 600 more spaces than what currently exists in a multi-level structure.

The cost for the project is expected to exceed $1 billion.

The proposal will go to the City Council for a review and vote, and if approved, the goal is to have a final plan in place by next year.