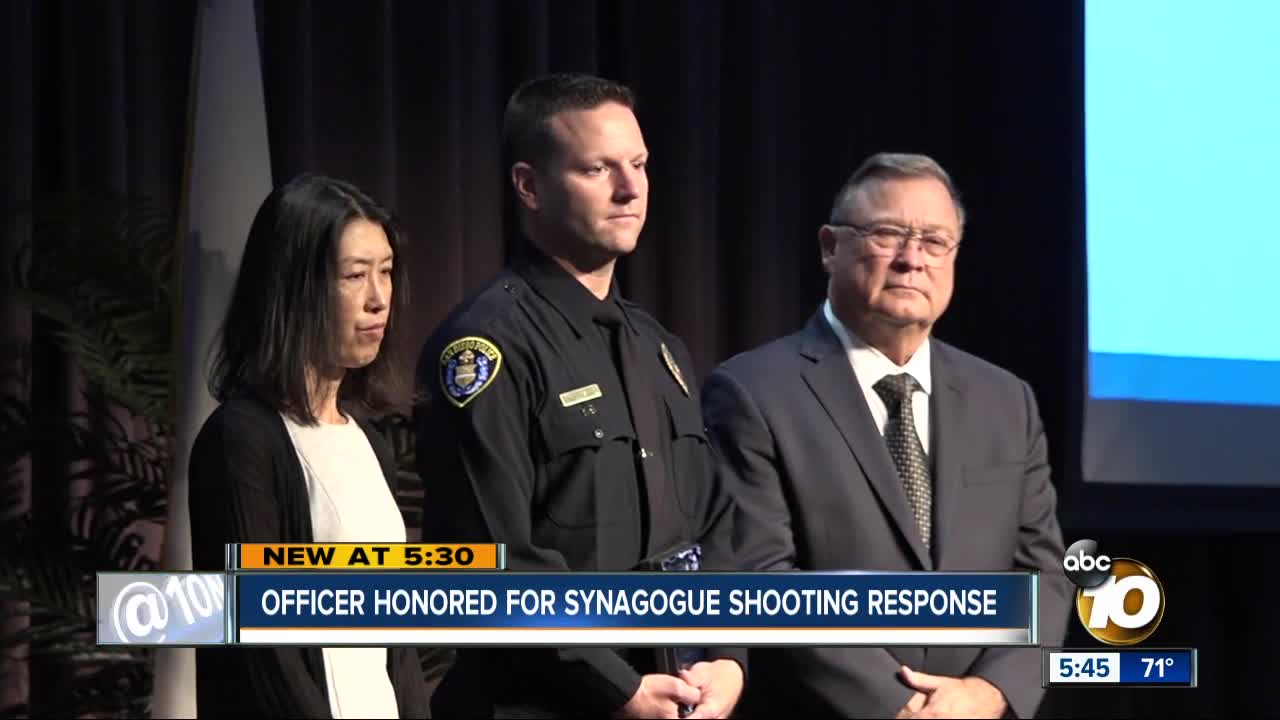 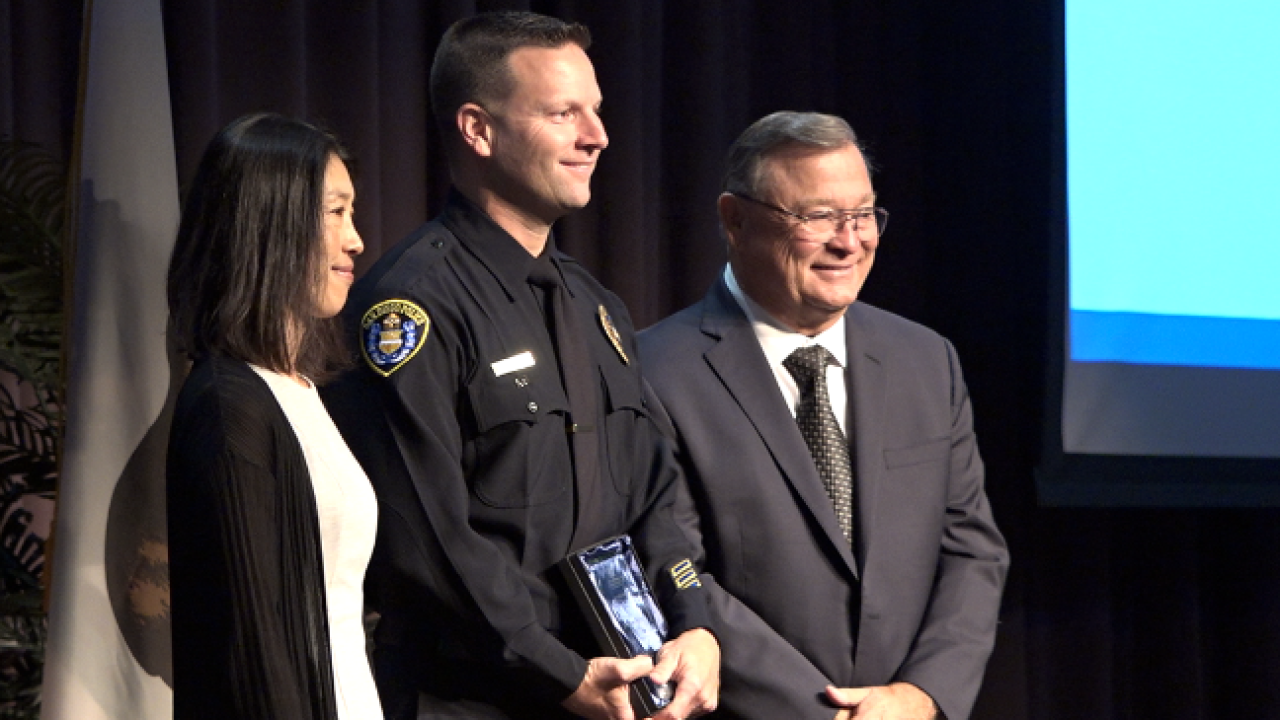 SAN DIEGO (KGTV) - On Tuesday the North San Diego Business Chamber honored first responders who've gone above and beyond in their duties protecting the community.

One of the recipients was San Diego Police Department K9 Officer Jonathan Wiese, honored for his actions during the active shooter incident at the Chabad of Poway synagogue.

Wiese was on his way to meet his family for lunch when he heard the shots fired call and immediately responded to the area.

Despite having little information and no back-up, Officer Wiese was able to track the suspect down who then surrendered.

Officer Wiese says his 20 years of training kicked in.

"I tried not to think about the danger, just tried to figure out what I needed to do," said Wiese.

"Every single day we have great stories like this, and so I want the public to know this is not unusual, this is our normal," said Chief Craig Carter with the Escondido Police Department.