Threats made against University of San Diego professors 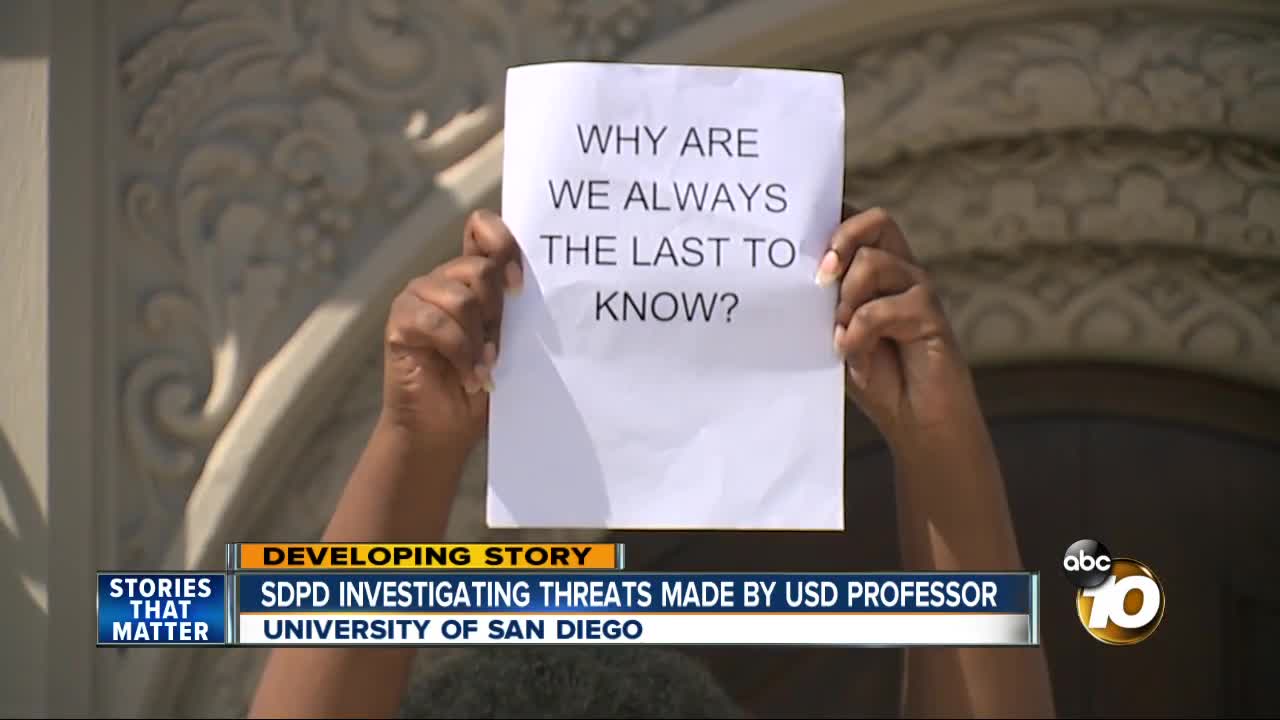 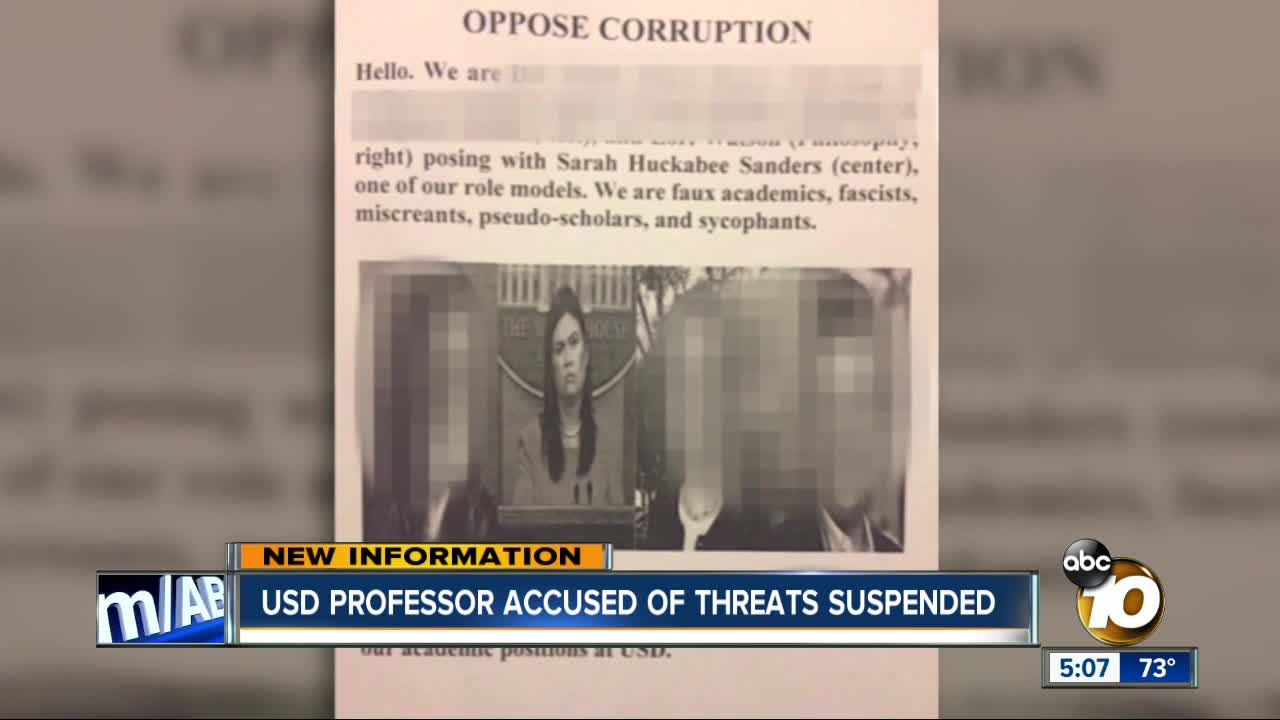 A flyer with gun crosshairs was slipped under the office doors of two professors, USD confirmed. The threats also included flyers with the professors’ names and pictures, calling them fascists and urging students to boycott their classes, 10News learned.

"A professor took responsibility for the flyers and the inappropriate behavior. The individual was suspended, removed from campus and is not permitted to return to campus or participate in any USD-related off-campus events while we conduct our investigation and initiate next steps. The professor has complied with these directives, has not returned to the campus, and to our knowledge, similar inappropriate behavior has not occurred," USD officials said.

University officials said they notified San Diego Police upon learning about the threats last week. However, a police spokesperson said they just learned of the threats and opened their investigation today.

At 4 p.m., faculty gathered for a meeting with administrators to learn about the situation. About the same time, students gathered in front of the Theology and Religious Studies building, saying they weren’t told about the threats.

A campus-wide email was sent out later Wednesday afternoon, telling students, "the Department of Public Safety and the San Diego Police Department were immediately contacted, an investigation was initiated and a communication was sent to the College faculty."

Counseling was made available to students.

One of the USD professors received a temporary restraining order against Associate Professor Louis Komjathy. The documents name Komjathy as the one responsible for the threats and say he was upset about a promotion he was denied.

There is a court hearing about the restraining order scheduled for September 26.