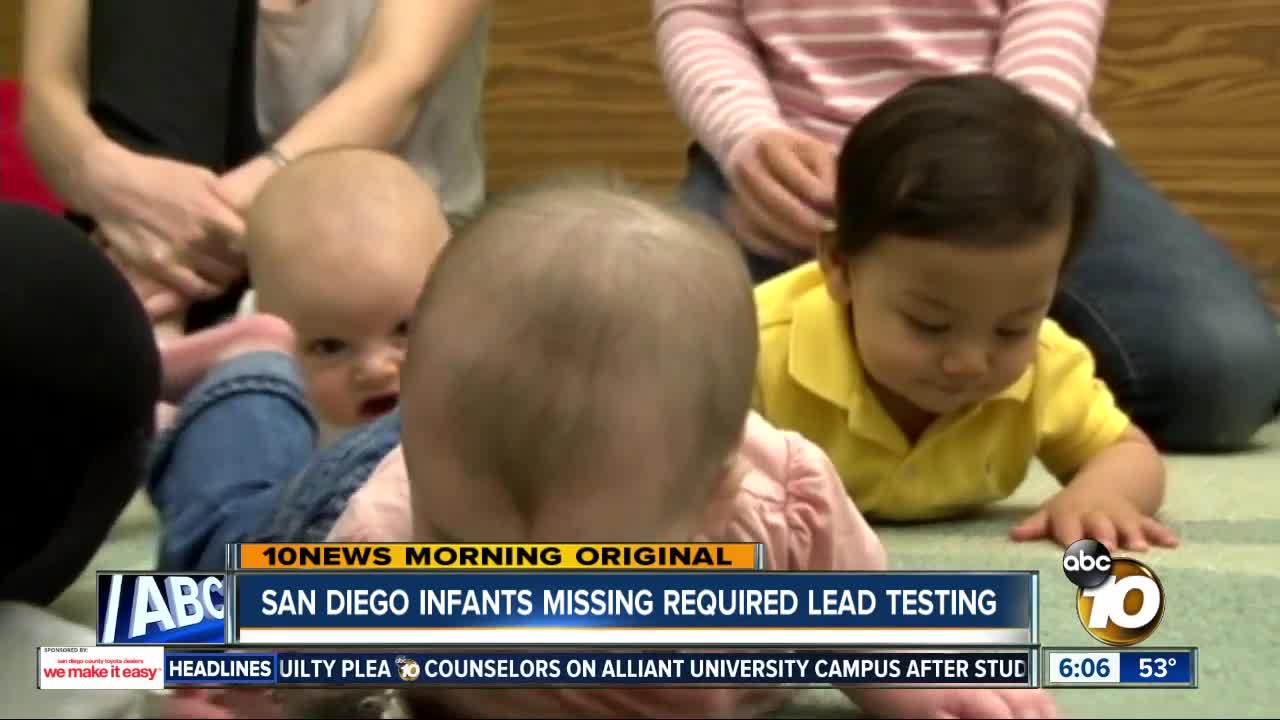 A new study from the California State Auditor shows that 1 and 2 year-old kids on Medi-Cal are missing crucial lead tests at an alarming rate. And tens of thousands are showing elevated levels of the poison in their bodies.

SAN DIEGO (KGTV) - Nearly four thousand kids in San Diego County have tested positive for lead poisoning over the past decade, and more than 130,000 have missed crucial tests, according to a new report from the California State Auditor.

State law requires all 1-and-2 year old children on Medi-Cal to get lead testing. The auditor's office says that's not happening.

Local doctors say it's problematic because lead poisoning is nearly impossible to detect without proper testing.

"Unless you screen kids, they are almost always asymptomatic," says Dr. Kenneth Morris, the Medical Director of the Children's Primary Care Medical Group. "You have no idea until you do the routine screening."

Dr. Morris says infants are especially prone to ingesting lead, which can cause developmental problems throughout life.

"They're crawling on the floors, and they're putting their hands in their mouth. It's just that much easier for the lead to get into their system," he says.

Morris says access is a problem for many families on Medi-Cal. They go to their doctor's office for routine check-ups and appointments, but can't get to the follow up lab visits for testing.

"If you have to refer a child out to a laboratory, it becomes that much more challenging. Because then it falls on the family to be able to get to a lab or hospital to get their blood drawn and get the test completed," he says. "That can be a real challenge for under-served families. To get to us, they have to get a friend to drive them or take the bus."

Morris says many offices are now getting basic testing abilities, but as long as families have to go to multiple locations, this will remain an issue.

See the full report from the State Auditor's Office here .