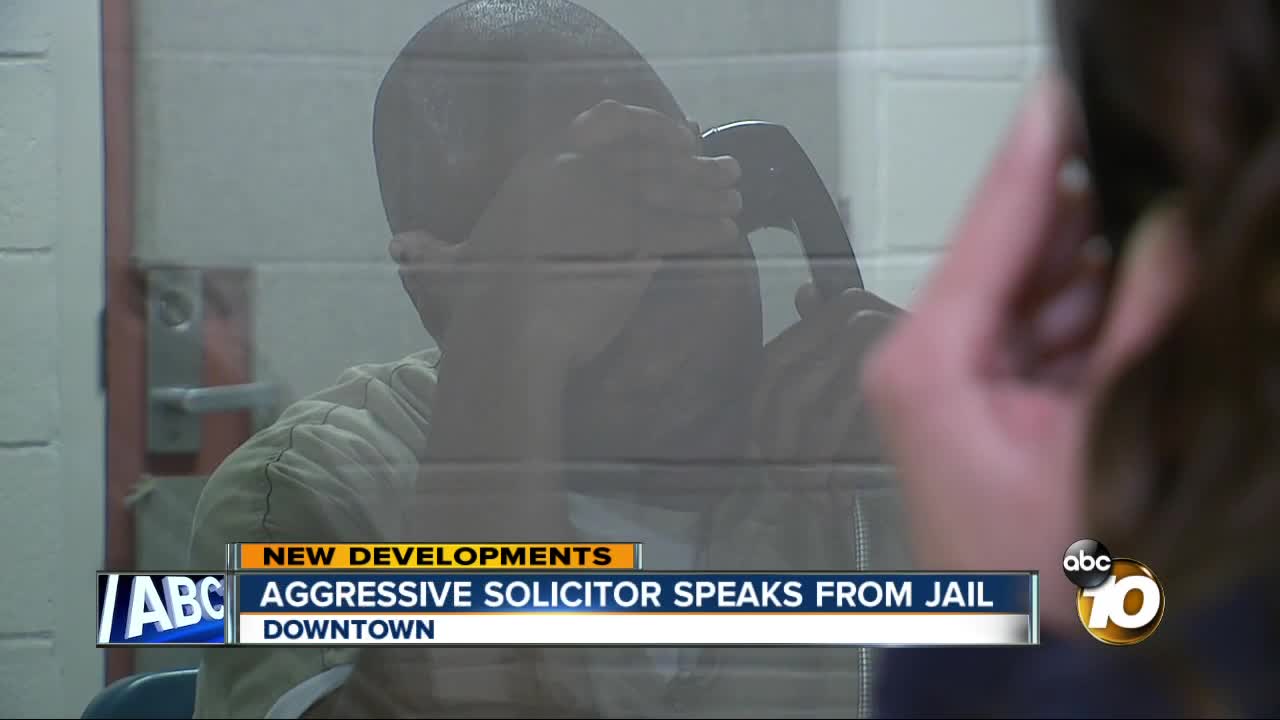 Corey Terry told 10News' Lindsey Pena that video of him appearing to take a swing at a woman after he was denied donations doesn't tell the full story. 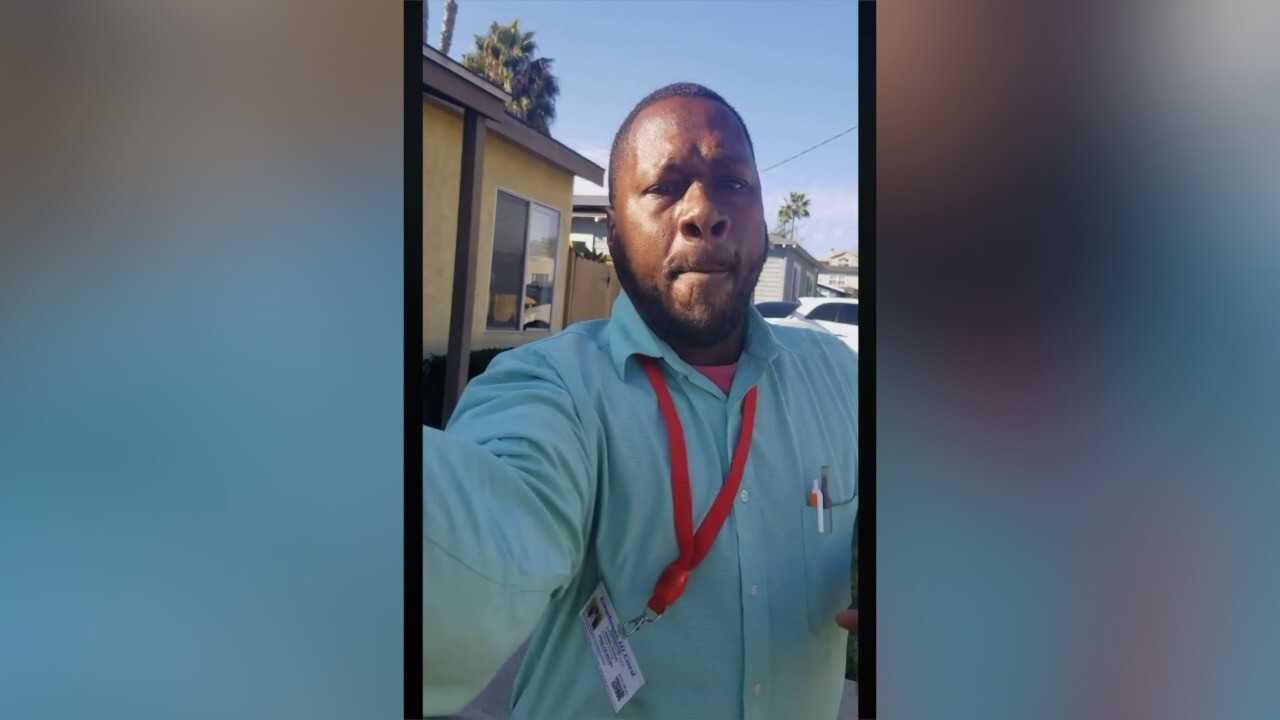 SAN DIEGO (KGTV) — The door-to-door salesman accused of taking swings at a Pacific Beach woman and a string of threatening outbursts while canvassing neighborhoods is behind bars.

An arrest warrant was issued on Dec. 6, 2019, for 45-year-old Corey Lamont Terry on felony charges of making criminal threats and attempted burglary, according to the San Diego County District Attorney’s Office.

According to San Diego Police, Terry was arrested by Sheriff's deputies on Jan. 9. He is currently being held on $100,000 bail.

Police had been investigating Terry since November 2019 after several San Diegans complained of his aggressive language while he solicited money door-to-door, SDPD Lt. Shawn Takeuchi told 10News. Terry had reportedly been visiting neighborhoods in Pacific Beach and Ocean Beach, claiming to be raising money for charity.

Several people told 10News he would become aggressive when he was denied donations.

"He chases me across the street, screaming that he's going to kill me," Sarah Jarzabek told 10News. "Scared to death, honestly."

Jarzabek recorded video of a confrontation with Terry on Nov. 2, 2019. SDPD positively identified the man who reportedly swung at Jarzabek as Terry. He was detained and questioned the next day, but ultimately released.

“It’s a little bit concerning he’s still out there,” said John Christenson, an Ocean Beach resident who said he encountered Terry on Oct. 16, 2019. “Basically said that he did want to knock me out, was getting in my face, calling me all kinds of names. Finally he did leave but not before spitting in my face."

Terry will be arraigned on Jan. 22.

Terry, in an interview with 10News anchor Lindsey Peña from the downtown San Diego jail on Thursday, said video of the situation doesn't tell the entire story.

“We have video of you in a confrontation with a woman, do you remember that?” Peña asked.

“Ma’am, I wasn’t in a confrontation,” Terry responded. “That lady was trying to record me. She got mad because I said if she’s a Jehovah’s witness, why is she against me going door to door? She was drunk and all of that stuff. She came and bothered me. I told her to stop recording me, that’s it.”

When asked what charity Terry was collecting donations for, he said, “Door-to-door is stressful. That’s why I told my momma I just want to come home.”

Terry refused to answer any other questions, but he maintained his innocence.

“That lady was waving the camera in my face and I moved the camera. I told the officer that; I ain’t gotta lie, man,” Terry said.