SAN DIEGO (KGTV) — SANDAG announced Thursday that the agency is moving forward with an environmental review of the site planners hope to transform into San Diego's own "Grand Central Station."

"For decades, our region has tried to find a solution to provide direct and convenient transit access to San Diego International Airport," SANDAG Executive Director Hasan Ikhrata said in a release. "We believe the Central Mobility Hub is the answer. This project also could improve travel throughout the region, support new jobs and housing, and improve our quality of life."

The center would also connect Amtrak, COASTER, MTS Trolley, Rapid and local bus services, and future transit with other transport options, public services, amenities, jobs, and housing, according to SANDAG.

Part of SANDAG's mission now is to look into two potential locations for the hub: the Navy Old Town Campus, commonly referred to as the NAVWAR site or a 13-acre "intermodel transportation center" site near the northeast edge of the airport. 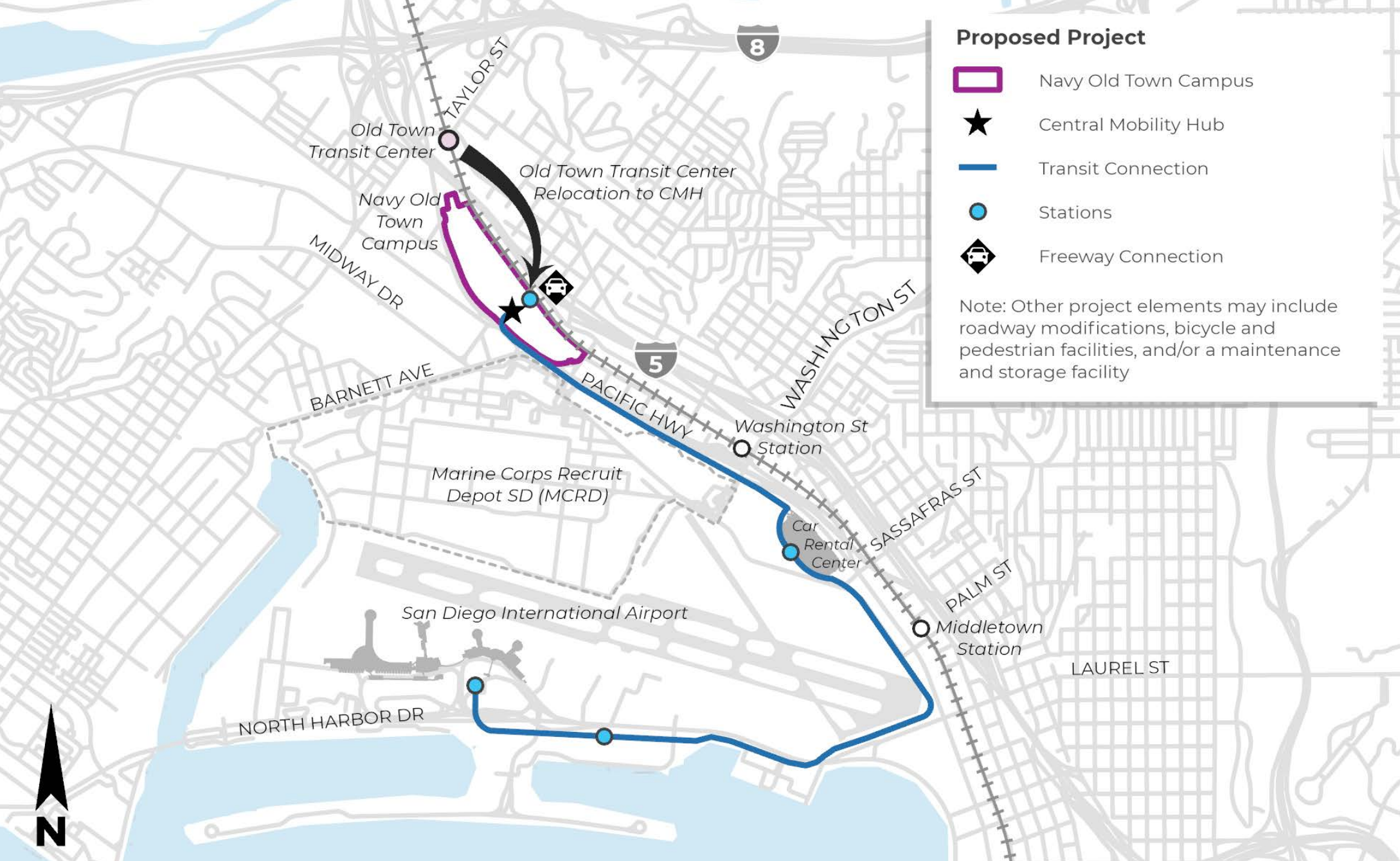 The NAVWAR site includes 70.5 acres and sits west of I-5 and south of Old Town. SANDAG says it is currently working with the Navy to explore what that site would include but says that housing, office space, and retail in addition to a regional transportation center are possibilities.

SANDAG adds that the Navy is also exploring the potential revitalization of the campus on a separate and independent basis from the Central Mobility Hub project. 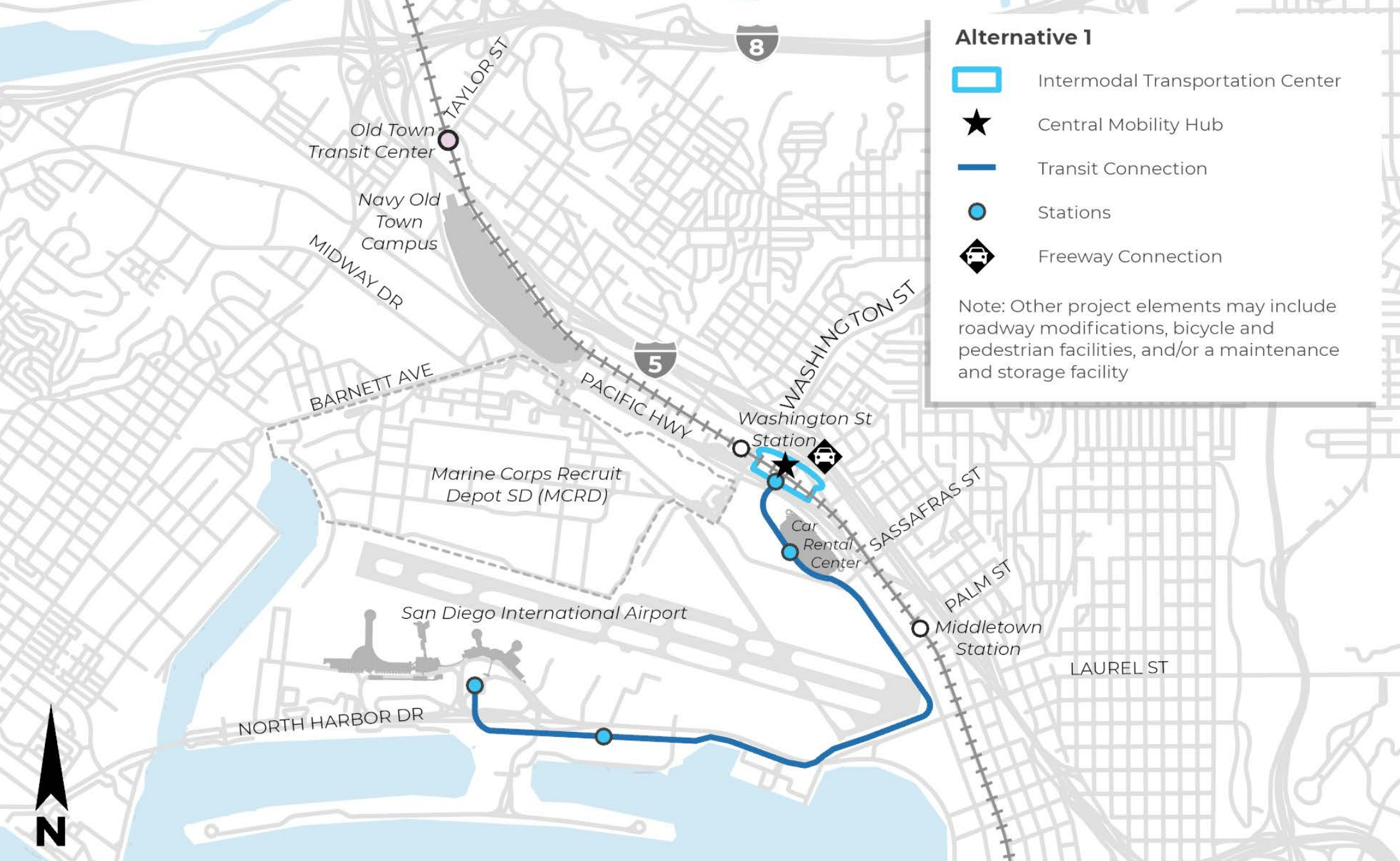 The "Intermodel Transporation Center" would sit on a 13-acre site between I-5 and Pacific Highway, south of Washington Street. The site could include direct connections to regional transit services and the airport. 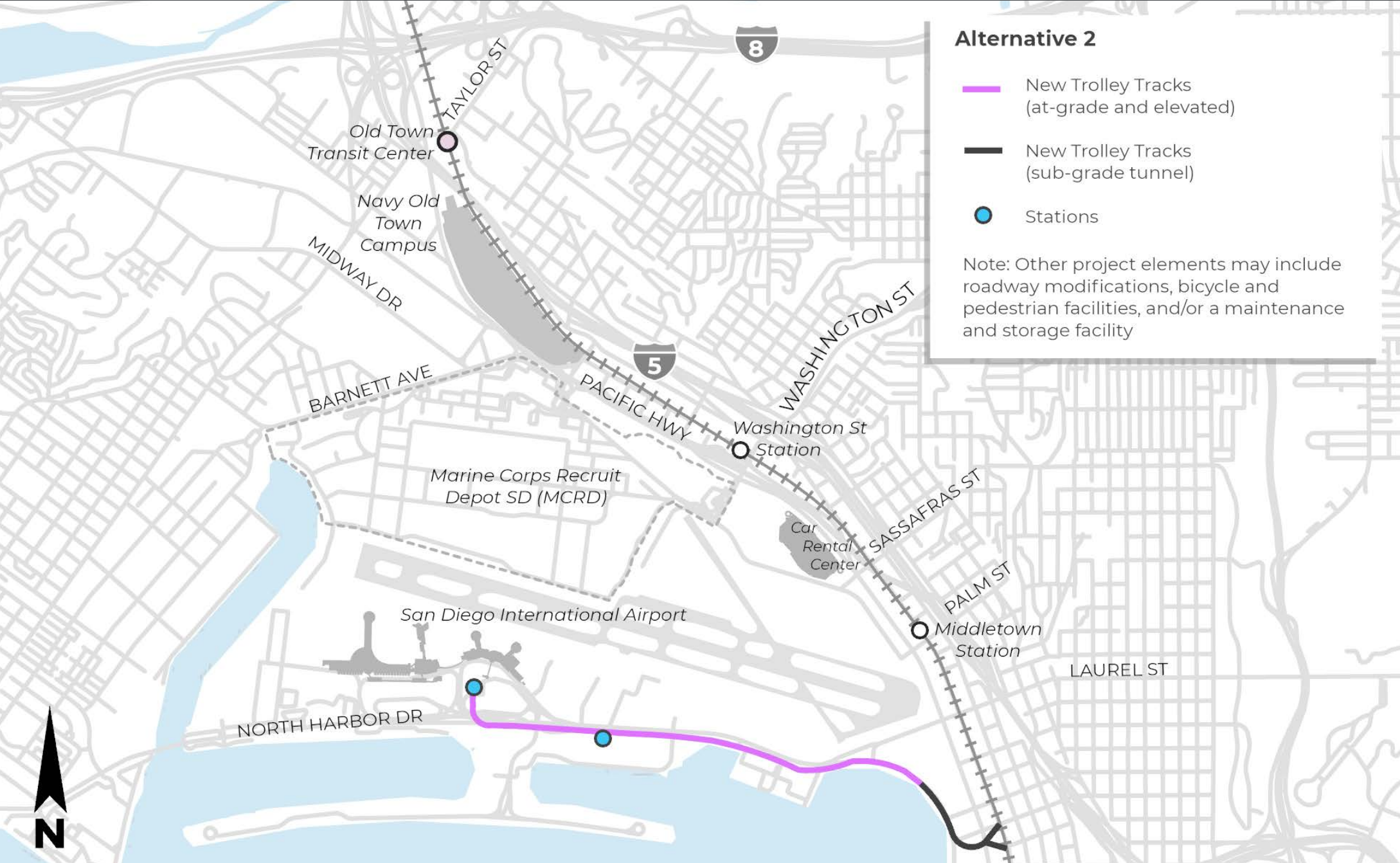 SANDAG said it is also considering an extension of the trolley to the San Diego airport as an alternative. This project would extend the trolley line west from the existing toward the airport with an underground tunnel below Grape and Hawthorne Streets. Under this plan, a Central Mobility Hub would not be constructed. More information on the agency's potential plans is available online.

"Right now, we don't have any funds identified for construction that has to come from a new revenue source," he explained.

The hope is that voters will approve a one-cent regional sales tax increase, bringing about $1 billion in funding.

"We hope San Diegans, if they see this tangible and agree with it, with the sales tax, they can give us local funding. With every dollar of local funding, we could get two and a half dollars of federal and state funding. We were hoping in 2022 or 2024, it will be voted on by the people, and San Diegans will be the final jurors whether to say yea or nay."

Coronado Mayor Richard Bailey, who is on SANDAG's board of directors, said he believes people who are currently using their cars won't ditch them for public transit; therefore, they won't benefit from this project.

"We just don't know much at this time to be able to weigh in on if this actually makes sense; based on all the available information I have right now, I just don't think this is a good move for taxpayers or for the general public that's looking to get from point A to point B in the quickest safest way possible," said Bailey.

SANDAG is hosting a virtual public scoping meeting on Tuesday, May 11 to share information about the project and address questions from the public. More information on that meeting and to submit public comment ahead of time is available online.

The agency has also launched a public survey, welcoming feedback until May 14.