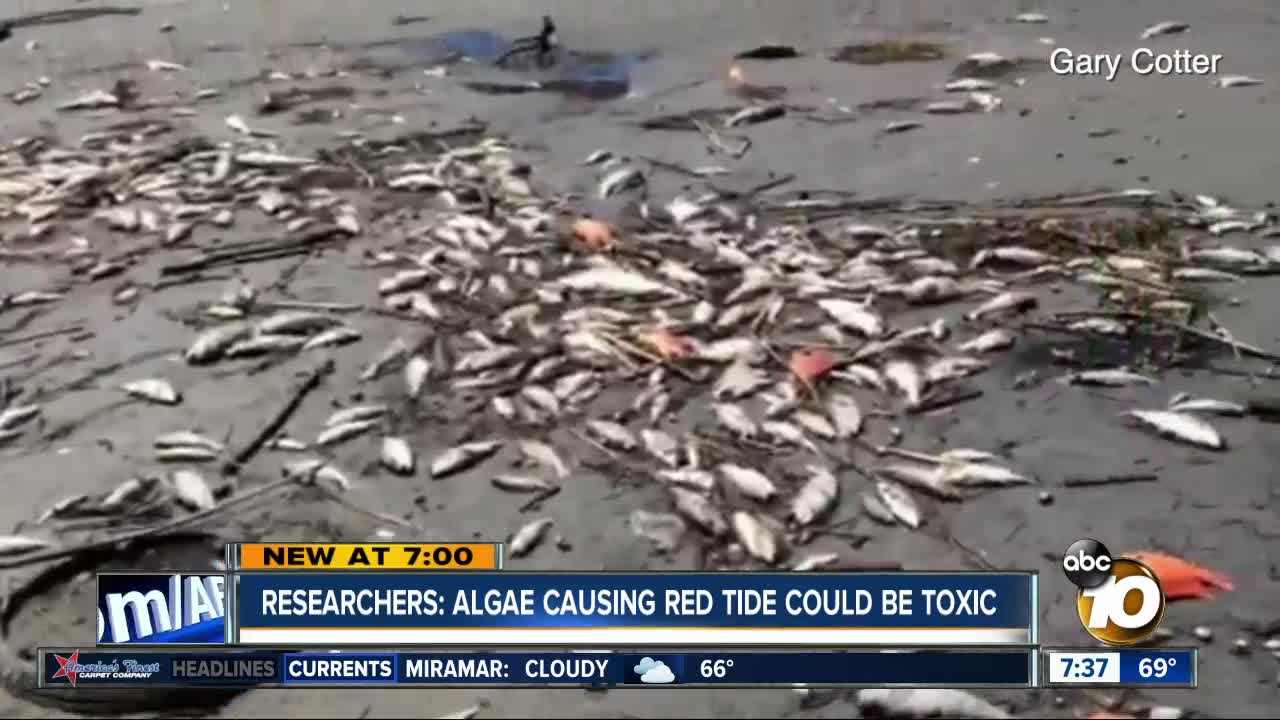 The organism bringing this spectacle is no stranger to San Diego or Southern California, however it’s usually benign in this area.

SAN DIEGO (KGTV) - People throughout California’s coast started smelling the stench of a red tide at the end of April and now, well into May, the smell continues.

Microorganisms in the water make the waves look brown during the day, giving it its name, and glow blue at night. Researchers agree this will probably be the largest bloom on record and are now finding there could be potentially dangerous toxins with this current bloom.

The organism bringing this spectacle is no stranger to San Diego or Southern California, however it’s usually benign in this area. It can, however, be toxic in other areas of the world.

Clarissa Anderson is the Executive Director of Southern California Coastal Ocean Observing System and said at first, it seemed like the increase in dead fish was because as the organisms degrade, there is a decline in oxygen, creating an oxygen demand, which can impact fish. However, this massive and prolonged red tide is leading researchers to believe there could be other factors at play.

She said their first red flag was when fish being observed died, despite no lack of oxygen.

“Some of the fish in the aquarium, even with oxygen, are dying so we think there’s something else going on here,” she said.

They’re now looking at the organisms to see if they are creating toxins for Southern California beaches, which would be a first for the area to this capacity. She added that some surfers have reported rashes and asthma problems.

Anderson said they believe this current bloom is decaying so the smells should subside soon, however a second wave is always possible.