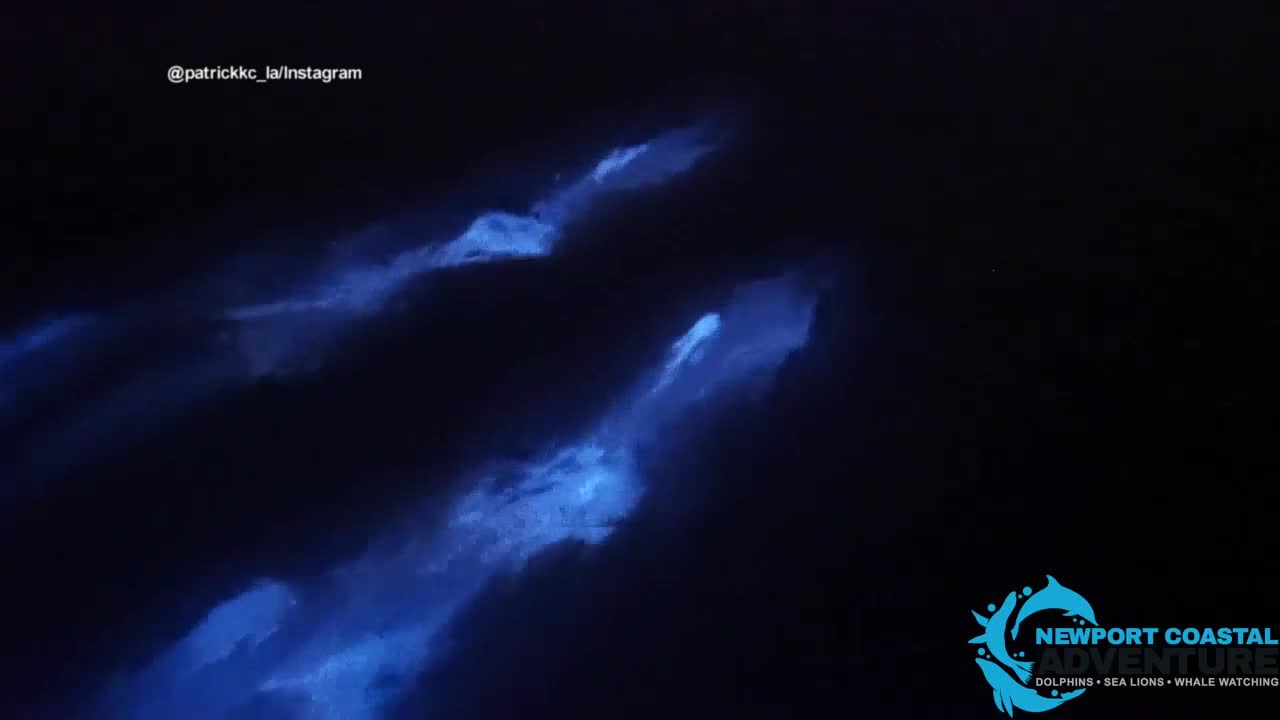 (KGTV) — With a red tide butting up against Southern California's coastline, a nightly display of bioluminescent waves has been captured by photographers this month.

Thursday, perhaps one of the most hypnotizing displays of neon blue was captured when a group of dolphins were captured on video gliding through the tide in Newport Beach.

Video shows the dolphins swimming alongside crews with Newport Coastal Adventure, a whale watching company in Newport Beach. As the boat speeds across the water creating its own display of neon, the animals dance below the waves, creating bioluminescent streaks.

The blue, neon glow of the tide is created by algae blooms, known as red tides, that are filled with phytoplankton called "dinoflagellates.” The organisms react with bioluminescence when jostled by the moving water.

Despite the awe-inspiring sight, it's not recommended that people visit piers or coastal waters to capture the bioluminescence in the tide.