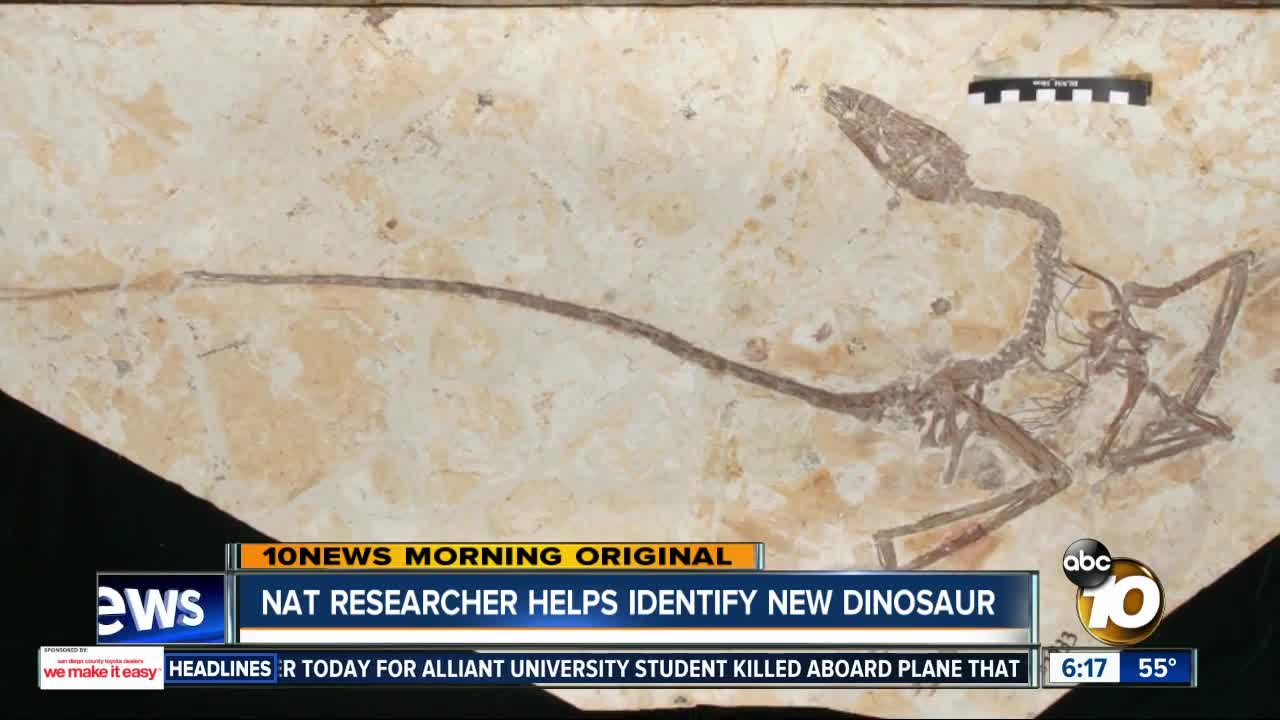 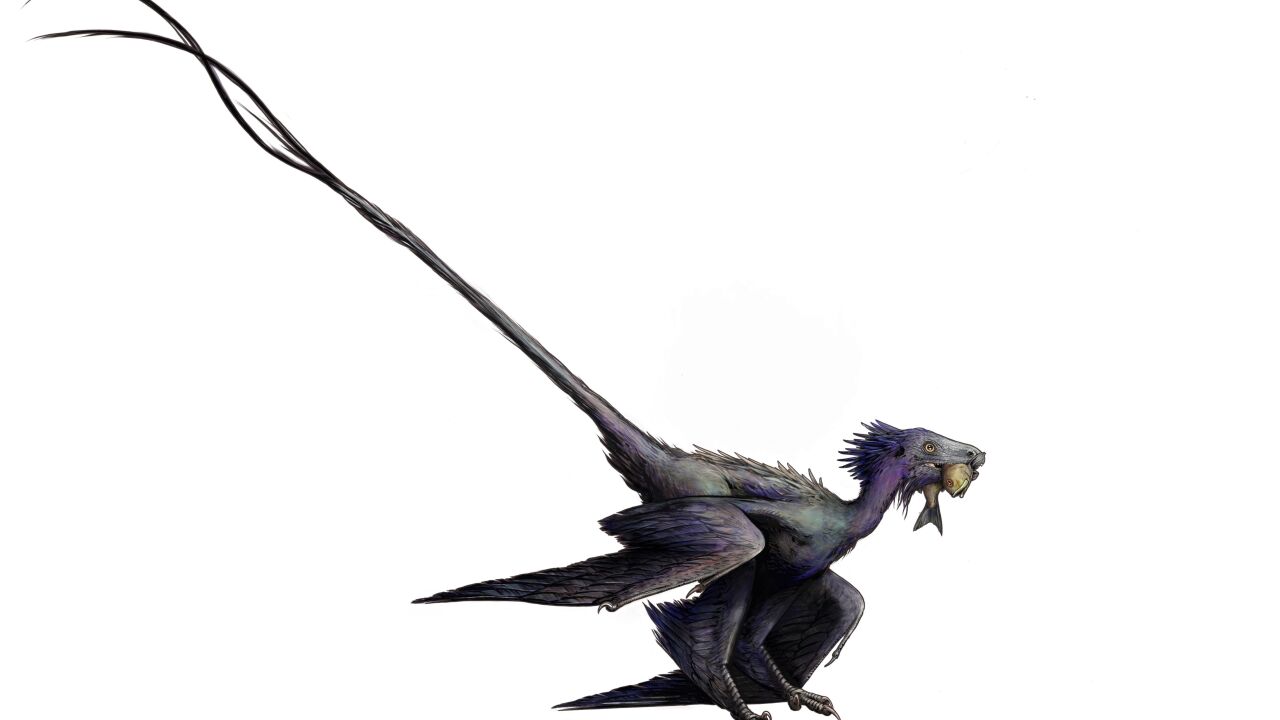 SAN DIEGO (KGTV) - A researcher at the San Diego Museum of Natural History helped identify a new species of dinosaur, which was just added to the Anatomical Record.

Dr. Ashley Poust made the discovery 10 years ago while on a research trip to China.

"There were a couple of features that immediately stood out to me, made me thing maybe we have something new here," he says.

Dr. Poust says the shape of the skull and the presence of two long, decorative tail feathers made him think this was a new species.

"There's not any other dinosaurs that aren't birds, that we know of, who have long feathers like that," he says.

Dr. Poust named the dinosaur "Wulong Bohaiensis." The word Wulong means "Dancing Dragon" in Chinese. The other part of the name comes from the area where it was found.

A find like this helps fill in the gaps in how dinosaurs and birds evolved differently. Dr. Poust says Wulong was only about 1 year old when it died. That means it grew those long feathers much earlier than birds typically do. He thinks they could be functional, or it shows a major difference between dinosaurs and birds.

According to a release, the dinosaur was an early relative of the Velociraptor. It lived 120 million years ago and would have been about the size of a crow or raven.

Dr. Poust says he's excited to share the new species with the world. The skeleton is on display at the Dalian Museum in China. It likely will not come to San Diego, as the specimen is too delicate for such a long journey.