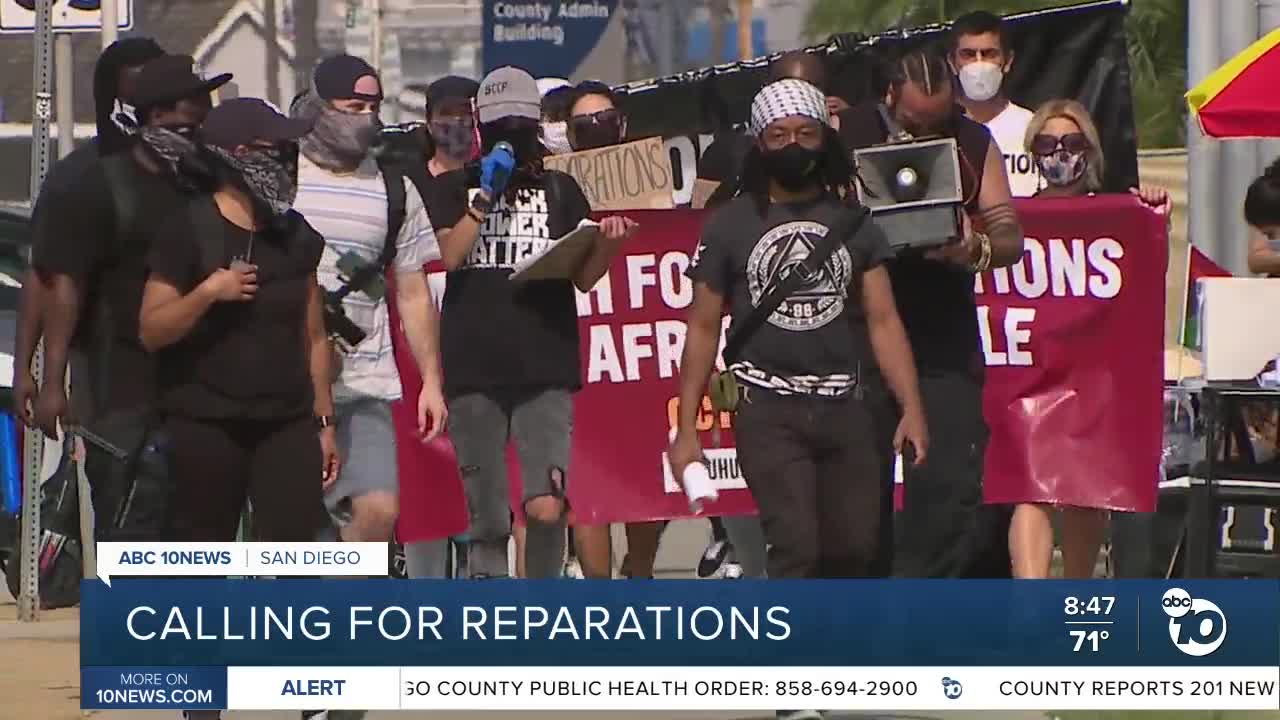 Rallies were held in six different states in what organizers are calling "The March for Reparations to African people." SAN DIEGO (KGTV) — Rallies were held in six different states in what organizers are calling "The March for Reparations to African people."

Among them was Wendy Craig, who is part of the UHURU Solidarity Movement, the group that organized the rally. Craig says they’re calling on people to do more acting and less talking.

She says they are doing, "a call out to white people to say it’s not enough to say that you support Black power. You have to take a material stand of solidarity and turn over the stolen resources."

Craig says many people that registered to participate in this event also raised money towards a collective reparations goal. She says there’s been an increase in involvement this year, which she believes is attributed to current events.

"Four years ago when we organized a march for reparations we did not have a lot of success. But that was shifted through the George Floyd protests, and Breonna Taylor. That shift has brought a lot of unity to what we’re doing," Craig said.

Collectively, this organization had set a goal of raising $20,000. Craig says they’ve surpassed that and will continue to raise money for this fund.