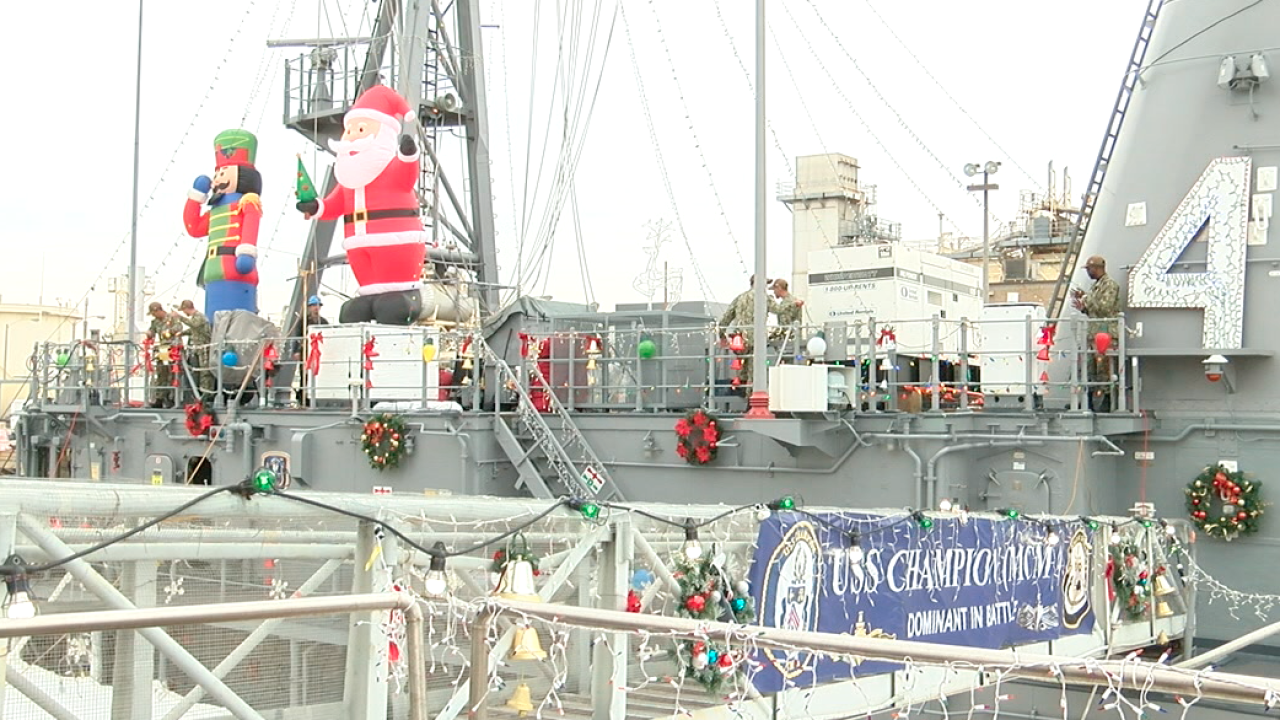 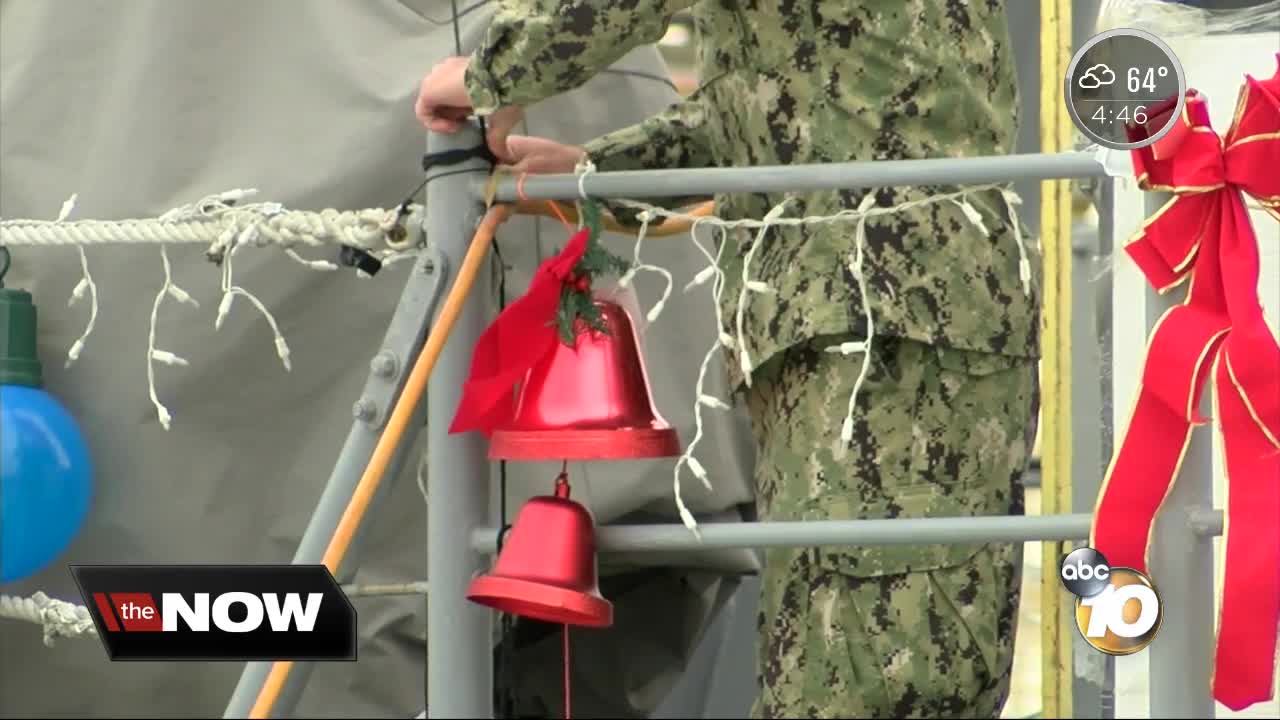 SAN DIEGO (KGTV) — For the fourth consecutive year, the USS Champion has won a contest held between ships at Naval Base San Diego over which crew could put together the best decorations.

"It's just a great opportunity for the crew to really come together, enjoy some time not focusing on the day to day, but to really express themselves," said the ship's commanding officer, Lt. Commander Matthew Yokeley.

The Champion, an Avenger-Class Minesweeper, was covered in decorations. Lights, bows, and bells lined the railings and were struck all the way to the top of the mast.

Giant inflatables were mounted on the deck, along with a Christmas tree. The lights were synchronized to flash with a holiday music show.

This is a big deal for us. Christmas lights are pretty competitive," said Petty Officer Pierce Cloninger. "We like to win. They don't call us Champion for nothing."