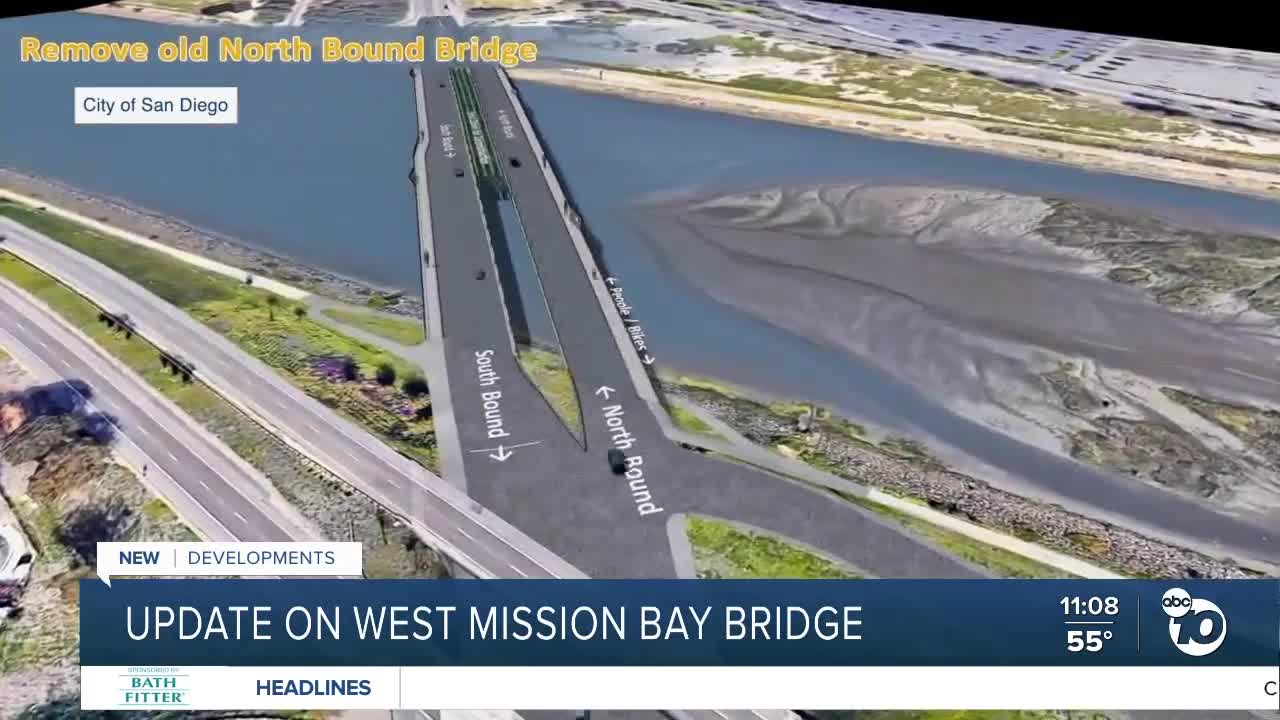 Crews started work on the new West Mission Bay Bridge in the summer of 2018. And now nearly three years later, the project is halfway finished. 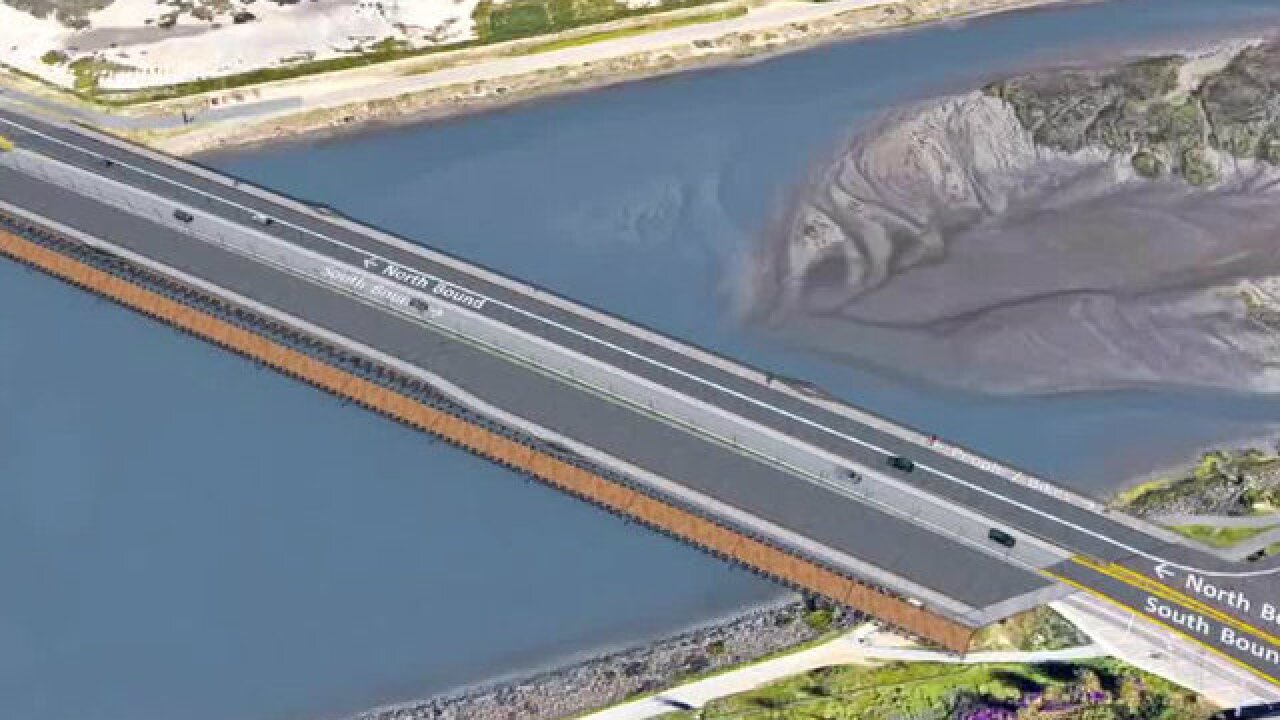 With the cutting of ribbon, San Diego Mayor Todd Gloria and Council President Jennifer Campbell unveiled what the new West Mission Bay Bridge looks like. Though the project isn’t completed, motorists will be allowed to drive on the finished portion starting Tuesday evening.

As motorists begin using the portion of the new bridge, crews will begin to safely demolish the old one. Cal Trans Officials say the old bridge needed to be replaced because of the heavy volume of daily traffic.

Once the project is finished, there will be two new parallel bridge structures with three lanes going in each direction, north and south. There will also be a bike path on both bridges, catering to bicyclists and pedestrians.

The roadway will also be widened along Sports Arena Boulevard, West Mission Bay Drive, and the westbound I-8 off-ramp.

Mayor Gloria says this brand new bridge will make it easier for San Diegans to get around whether it’s by car or bike.

"Many of us are working from home now, but as we return to the office and more commuters hit the road this bridge and second bridge to come will help alleviate traffic and will make your commute safer and faster through this busy corridor of this city," said Gloria.

The project is expected to be completed in 2022.

Once the old bridge is demolished, Mayor Gloria says the material will be recycled and reused for other projects.

The old West Mission Bay Drive bridge was built in the early 1950s and featured only two travel lanes for northbound and southbound traffic.