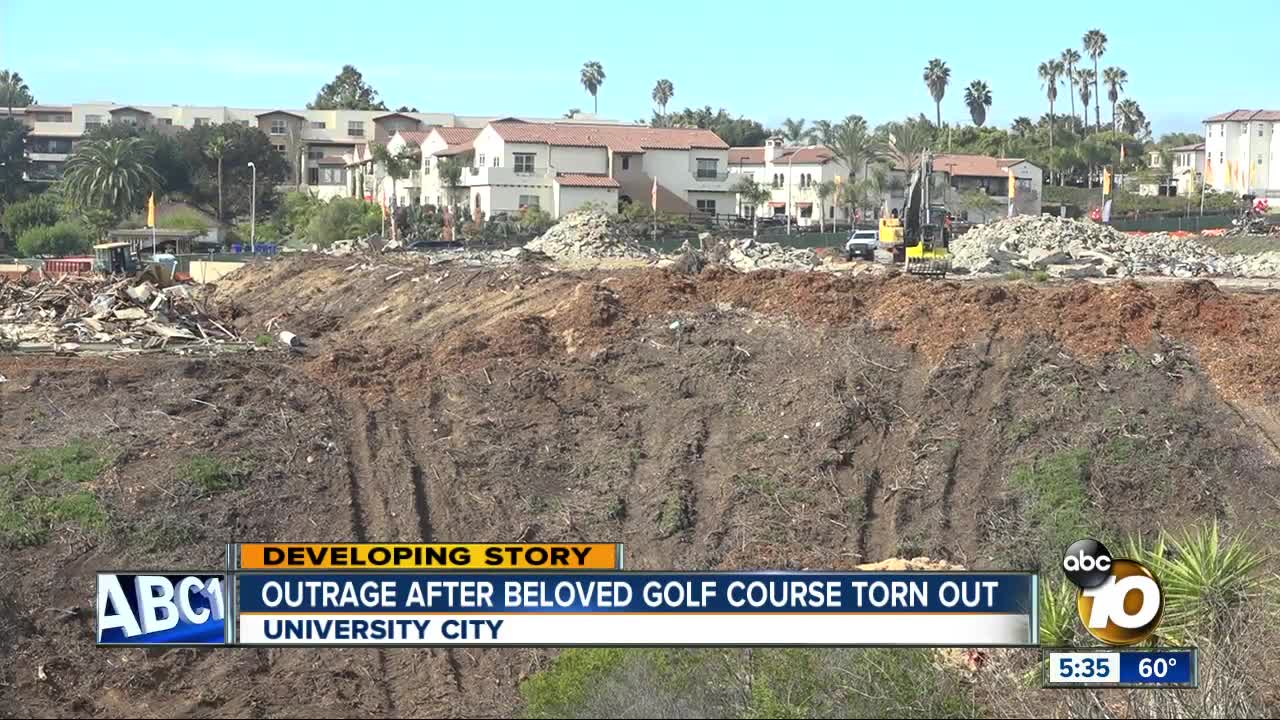 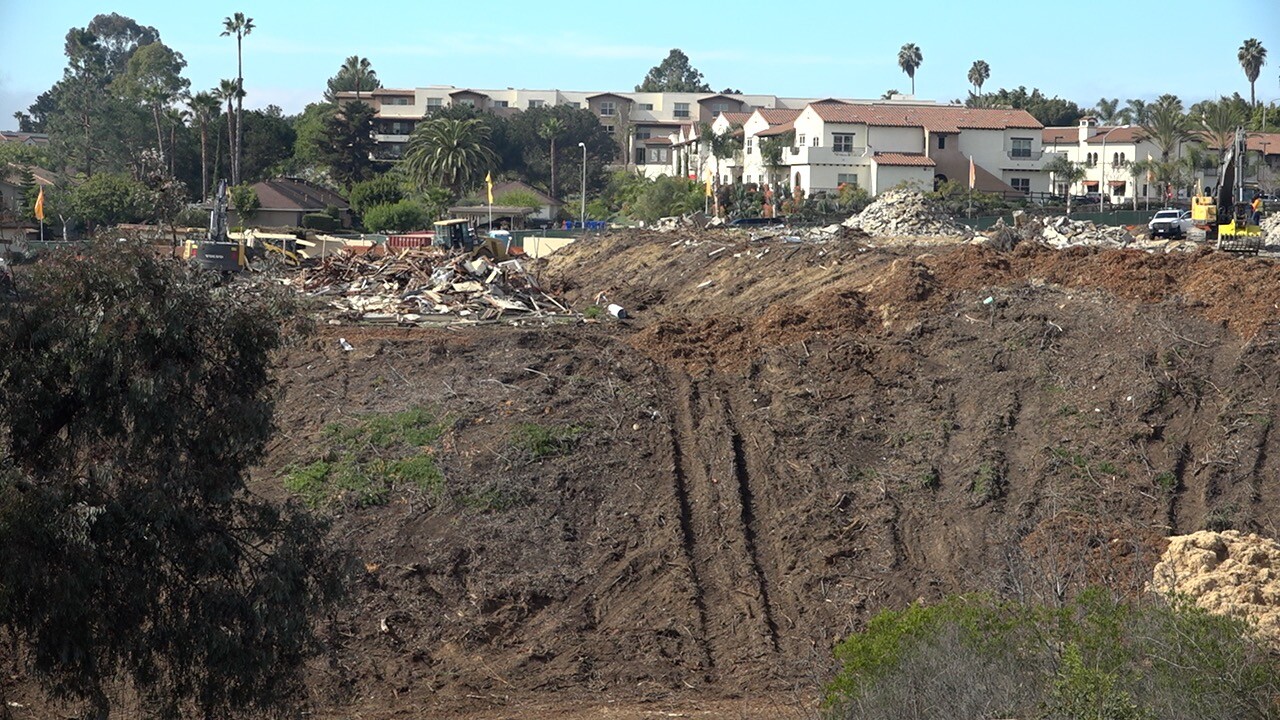 SAN DIEGO (KGTV) — Residents on both sides of the former Town Park Villas golf course in University City are questioning why the entire fairway and surrounding habitat have been removed.

Starting in December, developer Willmark started bulldozing the habitat that surrounds the course, and removed the course entirely.

"This is an attack," said Janis Deady, who lives above the former course. "This is an apocalypse that they have done to this golf course."

Willmark is in the process of tearing down the aging Town Park Villas senior apartment complex on the west side of the course. It plans to replace the complex with 850 units. As part of the project, it is performing storm water and drainage work in the area.

But residents say they are shocked that the city would allow such drainage work that would encompass a drastic removal of habitat and greenery.

"We want to know how you can be saying climate action plan, grow trees, and protect trees and allow this," Deady said. "It's disgusting."

Developer Willmark did not immediately issue a statement. A city spokesman said the project underwent full environmental review and that its code enforcement division didn't find any violations.

John Murphy, who lives in the Town Park Villas, said the management is letting the facilities deteriorate.

"They've just let everything go here because they know we're going to be torn down," he said.

Deady and some fellow residents have sought help from Councilwoman Barbara Bry's office. In a statement, Bry said her staff is looking at permits dating back to 2001 to trace how this came to be.

"Although this construction at the golf course is allowed under the permit terms, I share the community’s concerns that 100 hundred year old trees are being removed," Bry said. "Not only does this impact the University City community, it also seems contrary to our Climate Action Plan goals."

Willmark is expected to rebuild the golf course as part of the project.