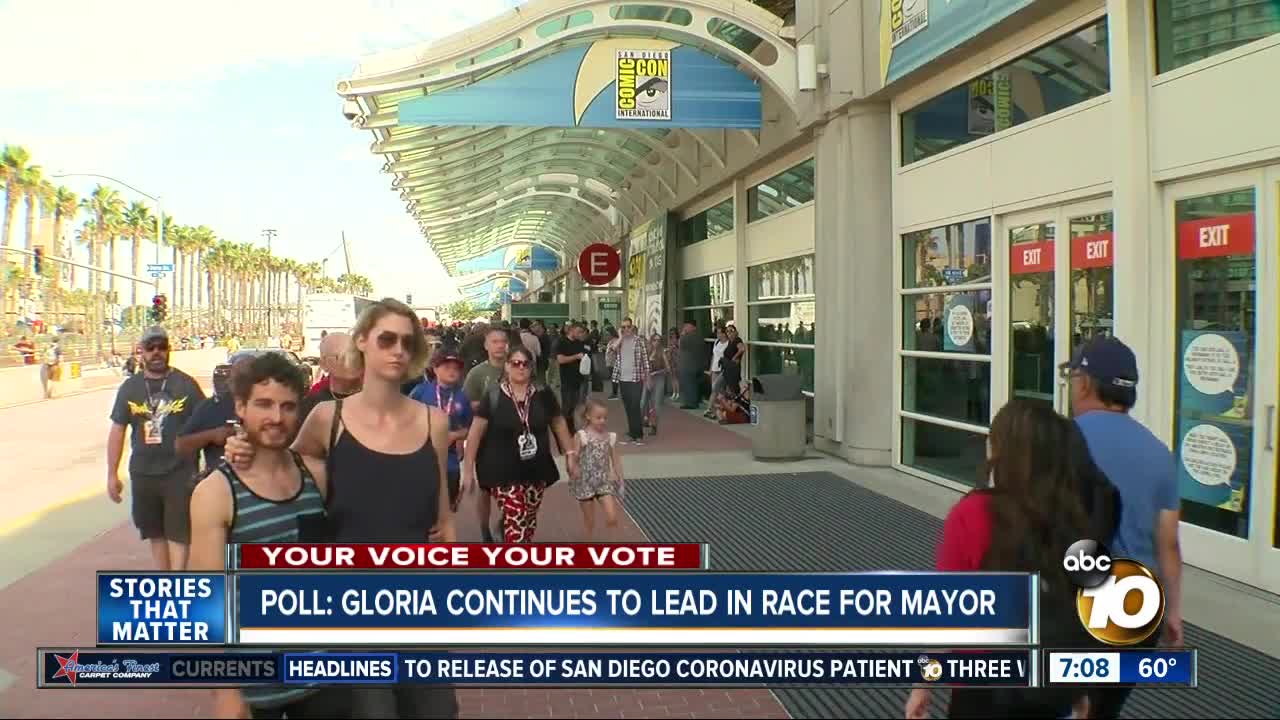 State Assemblyman Todd Gloria continues to maintain a comfortable lead in the race to become San Diego's next mayor. 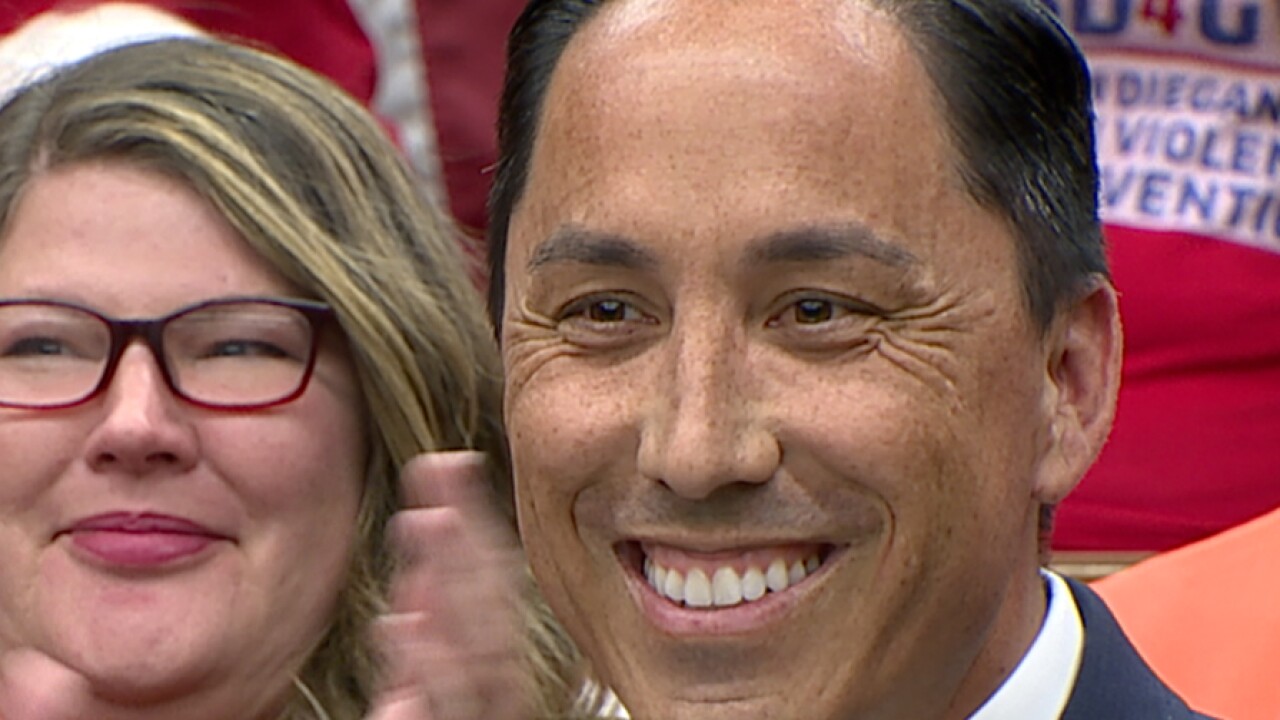 SAN DIEGO (KGTV) -- State Assemblyman Todd Gloria continues to maintain a comfortable lead in the race to become San Diego's next mayor, according to a new scientific poll.

The 10News-Union-Tribune poll shows City Councilmembers Scott Sherman, a Republican, and Barbara Bry, a Democrat, vying for the second spot.

The top two votegetters March 3, regardless of party, move on the November general election.

"Todd Gloria looks assured of punching his ticket, but who is he going to face? Is that going to be fellow Democrat Barbara Bry... or is it going to be Scott Sherman, a Republican, proving that this is still a two-party town," said Thad Kousser, who chairs the political science department at UC San Diego.

The poll, of 527 likely voters, shows Gloria leading the field with 29 percent of the vote. Sherman is in second with 18 percent, and Bry has 13 percent. The poll's margin of error was 5.3 percent, which Bry and Sherman are within. Democrats currently outnumber Republicans in registration by a two-to-one margin in the city, and independents outnumber Republicans by 40 percent.

"When it gets close, when it gets into the single digits, the election day is really what matters," Kousser said.

An additional question to be answered election day is the fate of Measure C. It would raise the overnight tax hotel guests pay in the city of San Diego by as much as 3.25 percent to pay for expanding the convention center, street repair and homeless services.

Greg Block, a spokesman for the Measure C campaign, said he expects the support to increase as information on the proposal gets out.

“A majority of San Diegans are uniting behind Measure C because it is straight forward in its approach to tackling the city’s most pressing issues with a tax on tourists, not San Diegans," he said. "People already know Measure C will help with homelessness, street repair and job creation by expanding of the Convention Center."

But Michael McConnell, an advocate for the homeless who is leading the opposition, warned the measure has "loopholes and risks."

"They are hiding up to $2 Billion in bonds with no guarantee that money will be spent the right way," he said in a statement. "It does not even guarantee any housing and services for homeless families, seniors or veterans. We can’t trust the supporters who have taken money from a private prison company and been exposed for paying for support."

Political analyst John Dadian said voters can expect a barrage of ads leading to the primary, noting mail in ballots are already out.

"What they're hammering in the TV commercials is the fact that this doesn't tax any San Diego residents, it's of towners," he said of the Measure C campaign. "I think that's very smart."

Michael Vu, the county registrar of voters, said Tuesday about 1.3 million mail-in-ballots have been sent to San Diegans, which could comprise as much as 70 percent of the March 3 vote.