PANEL DISCUSSION: Understanding White Privilege and What it Means to be Anti-Racist
NewsLocal NewsSan Diego News

FlySafe on display at AASA Conference in San Diego 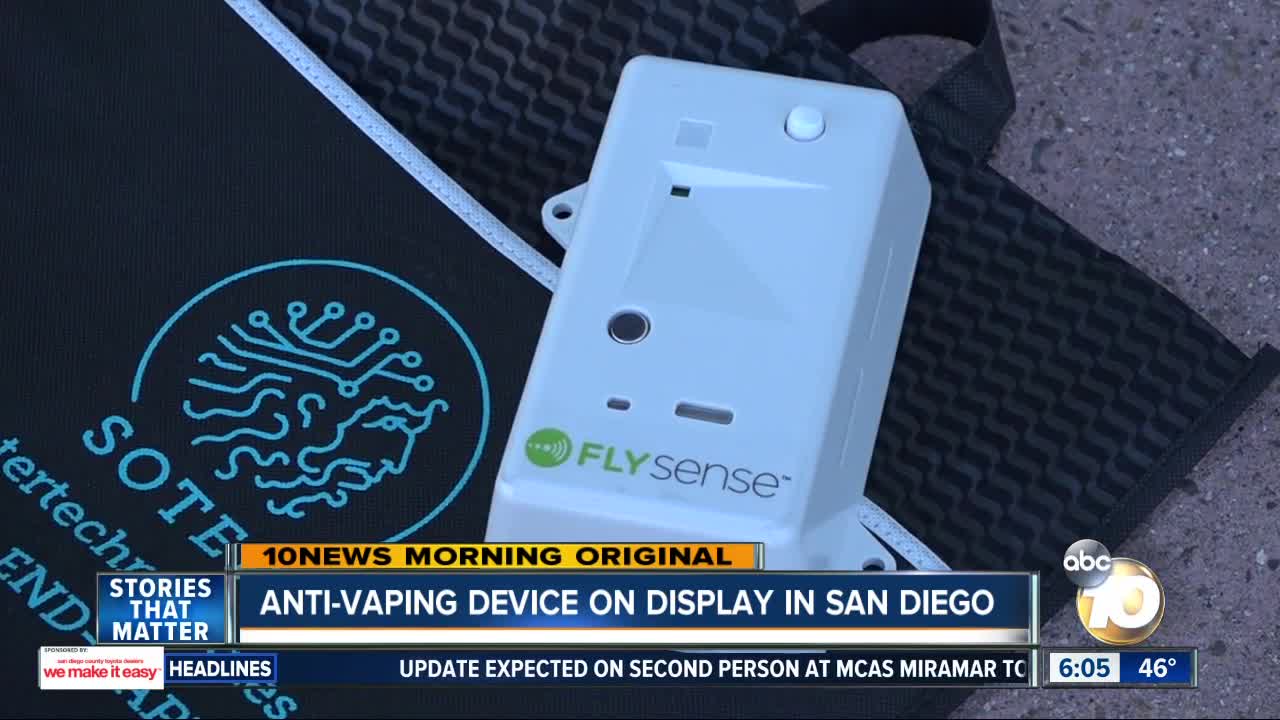 At this week's National Conference on Education, teachers and administrators will get a look at FlySense, a machine that detects vape in the air. It's inventor says schools can use it to fight the teen vaping epidemic.

SAN DIEGO (KGTV) - New technology is offering schools another weapon in the battle against vaping and e-cigarettes.

At this week's National Conference on Education, Soter Technologies is promoting its FlySense machine. It's similar to a smoke detector but tuned to sense vaping byproducts in the air.

The device then sends an alert to cell phones of nearby teachers and administrators so they can respond. Peterson says they've already sold 7,000 FlySense devices around the country, including 1,000 in California.

It's helping schools fight a growing epidemic. A recent study in the Journal of American Medicine says 5.3 million teenagers admit to using e-cigarettes. The CDC says they're harmful to kids and adults and can be addictive.

In addition to the FlySense machine, Peterson's company gives schools an educational curriculum to teach the dangers of nicotine and vaping.

Because the machines have no cameras or recording equipment, Peterson says many schools install the devices in bathrooms and locker rooms, areas where cameras aren't allowed, and teachers can't monitor.

For more information, go to www.sotertechnologies.com.