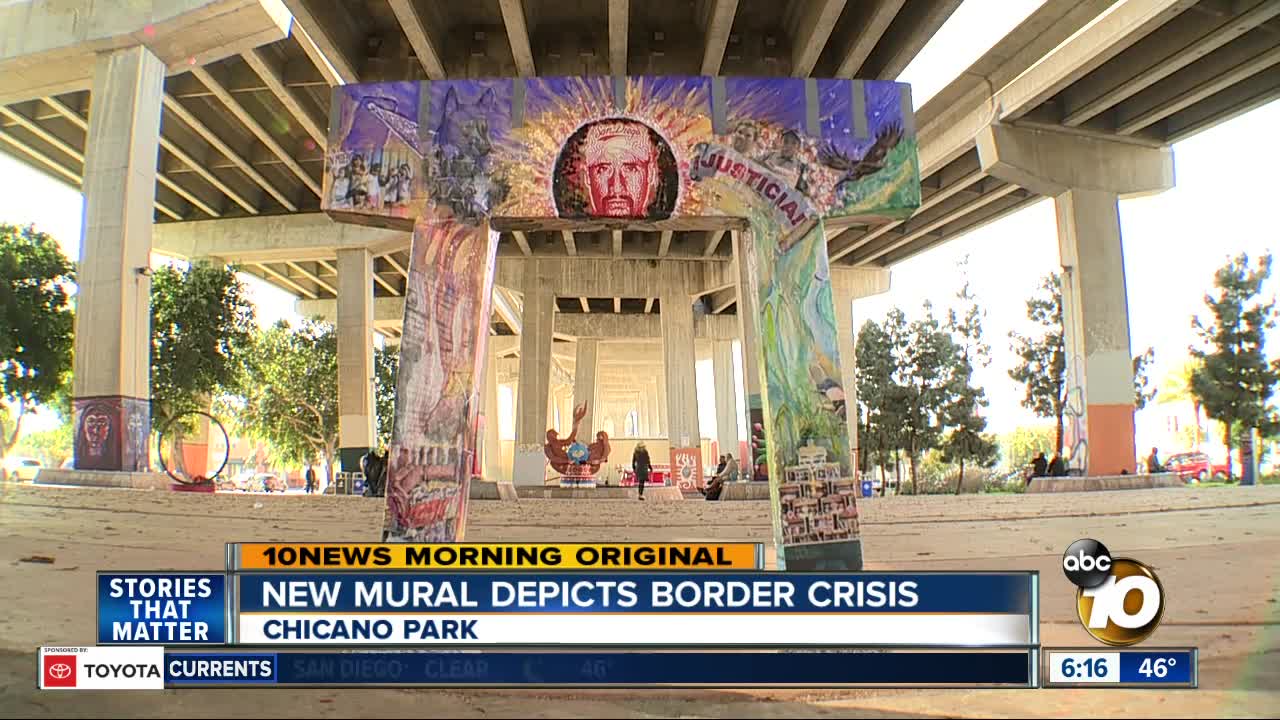 A new mural is coming to Chicano Park, in honor of Anastasio Hernandez Rojas, who died in CBP custody in 2010. The mural depicts scenes of strife at the border to tell the story of today's immigrants. 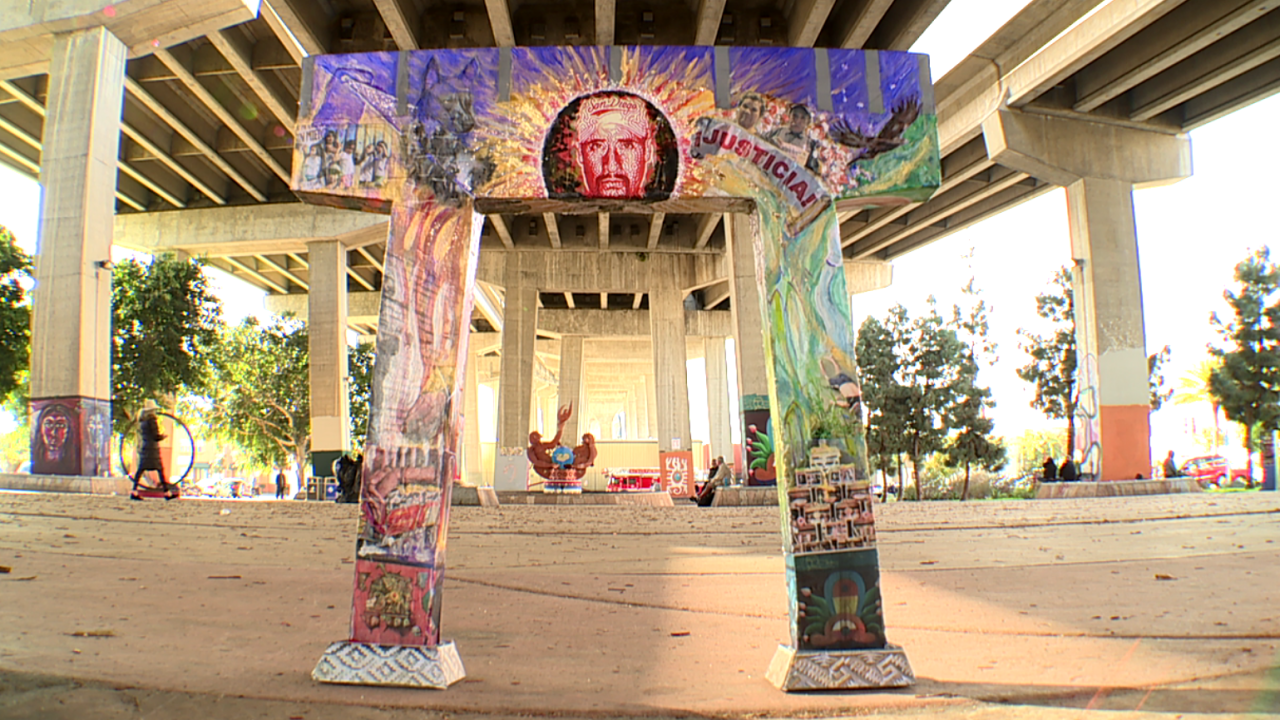 SAN DIEGO (KGTV) - A new mural is coming to Chicano Park, depicting the ongoing crisis at the US/Mexico border.

"This is going on over and over," says Victor Ochoa, the mural's designer.

The mural centers around Anastasio Hernandez Rojas, an immigrant who died in Border Patrol custody in 2010. His family says he was beaten and killed by officers.

Other parts of the mural show scenes of migrant children in cages, rallies at the border, the new border wall and Rojas' parents holding a sign that calls for "Justicia."

Ochoa is credited as the father of the murals at Chicano Park. He estimates that he's either planned, painted or helped on 60 of them. He says the paintings turn the park into a living museum.

"All you gotta do is walk around," Ochoa says of the ability people have to take in art.

He was surprised by how much Rojas' story resonated with him.

"When i was talking to his family, I was kind of surprised to see tears and anger," says Ochoa. "It's a very brutal thing that happened to Anastasio."

Ochoa comes from a family of immigrants and has homes on both sides of the border. As someone who goes back and forth on an almost daily basis, he says it's important that this tumultuous time in the border's history is preserved for people to learn from.

"It's a rememberance that we still have to deal with this issue."