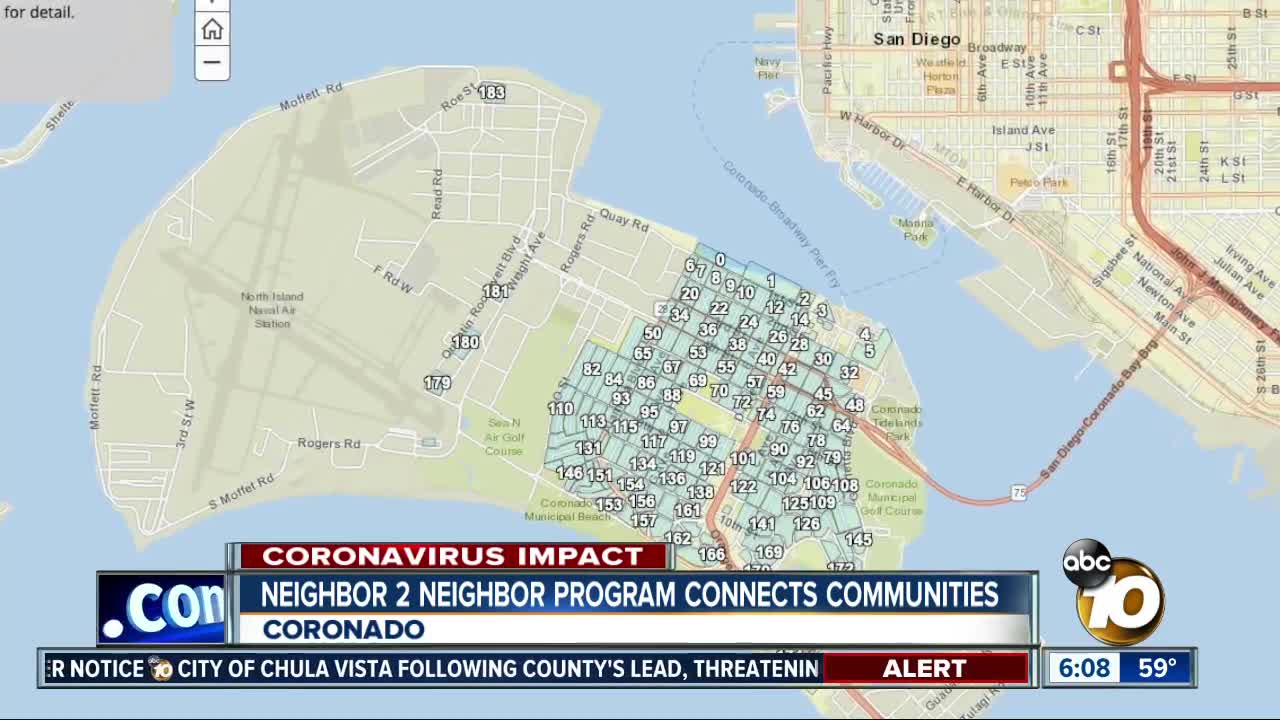 People in Coronado have set up the Neighbor 2 Neighbor program to help everyone stay connected and informed during the Coronavirus Pandemic. 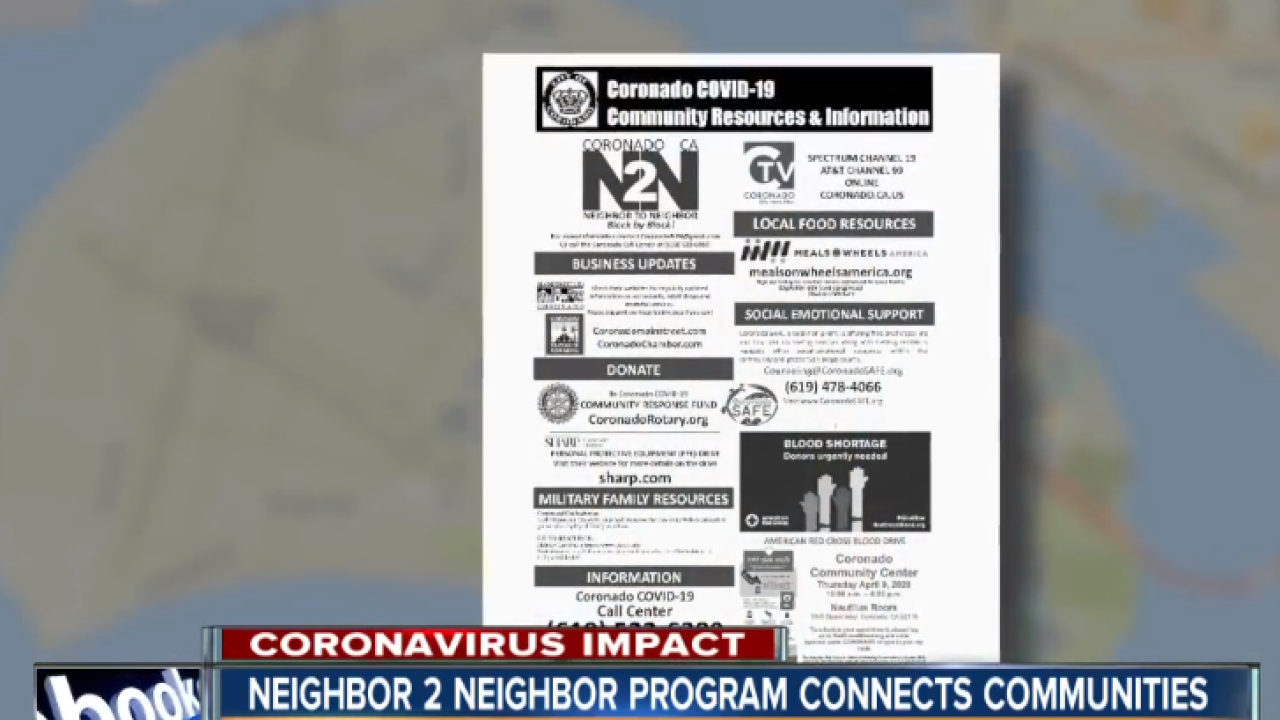 CORONADO, Calif. (KGTV) - A new program in the City of Coronado is helping neighbors stay connected and informed during the Coronavirus Pandemic.

It's called the Neighbor 2 Neighbor program. Coronado resident Amy Steward and a group of volunteers helped the City set it up.

"I have been so amazed by the people who are stepping up and saying yes, I will do this," says Steward. "They all want to help."

The program splits the Village area of Coronado into 174 blocks. Each block has a Captain who is responsible for making sure people have all the information and resources they need while they stay at home.

"Creating those neighborhood rosters of who lives on your street is crucial," says Steward. "It connects neighbors in a way that I think is important. Honestly, I'm not sure it really would have happened if we didn't have this crisis."

The City is also helping with the N2N program, offering guidance and information. They also set up the Emergency Operations Center to coordinate volunteers.

"This Coronado volunteer initiative has renewed and increased resident engagement with each other, while mobilizing residents to watch out for each other during this crisis," City of Coronado Management Analyst Kelly Purvis said in an email.

"Coronado is a close-knit community, so the Neighbor2Neighbor program is the perfect framework for organizing residents to keep everyone safe."

Steward says it all goes back to what we learned as children from Mr. Rogers and Sesame Street, learning who are the people in your neighborhood while putting the focus on helpers during an emergency.

"By knowing who your neighbors are, we're able to identify people who might be elderly or have compromised immunity or can't get out," she explains. "We're solving problems with our own neighbors... Mr. Rogers would be proud."