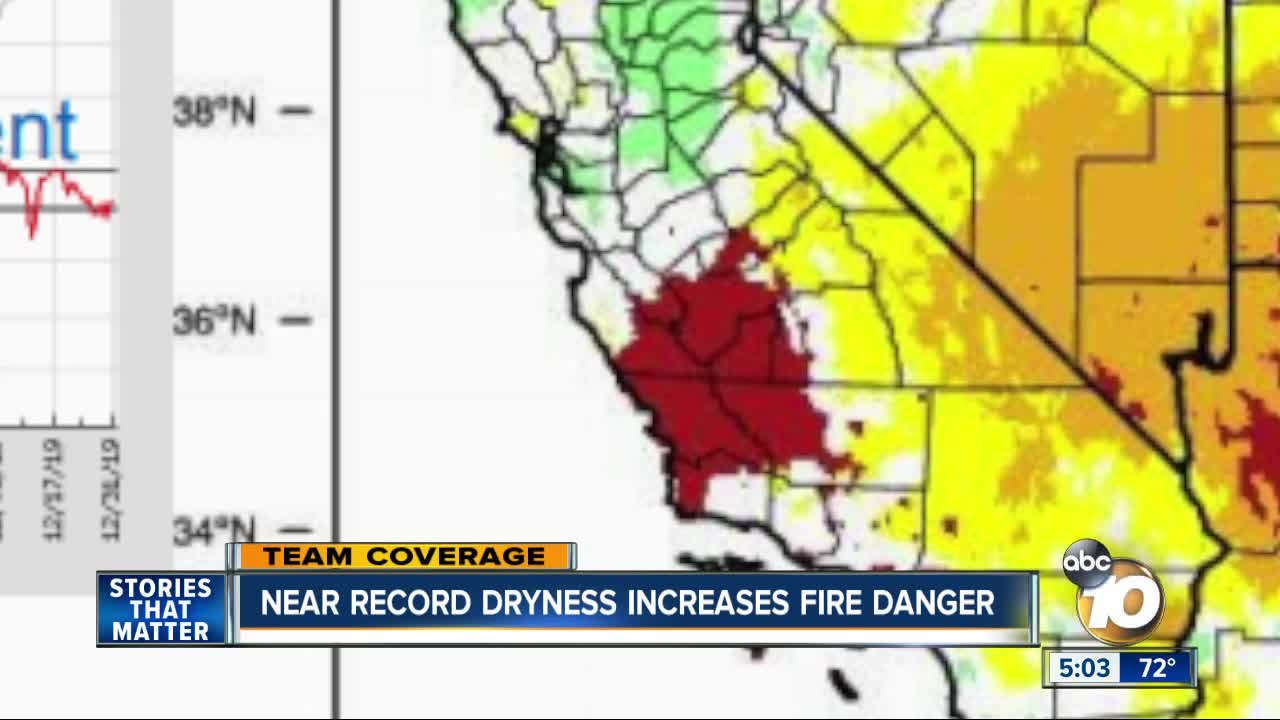 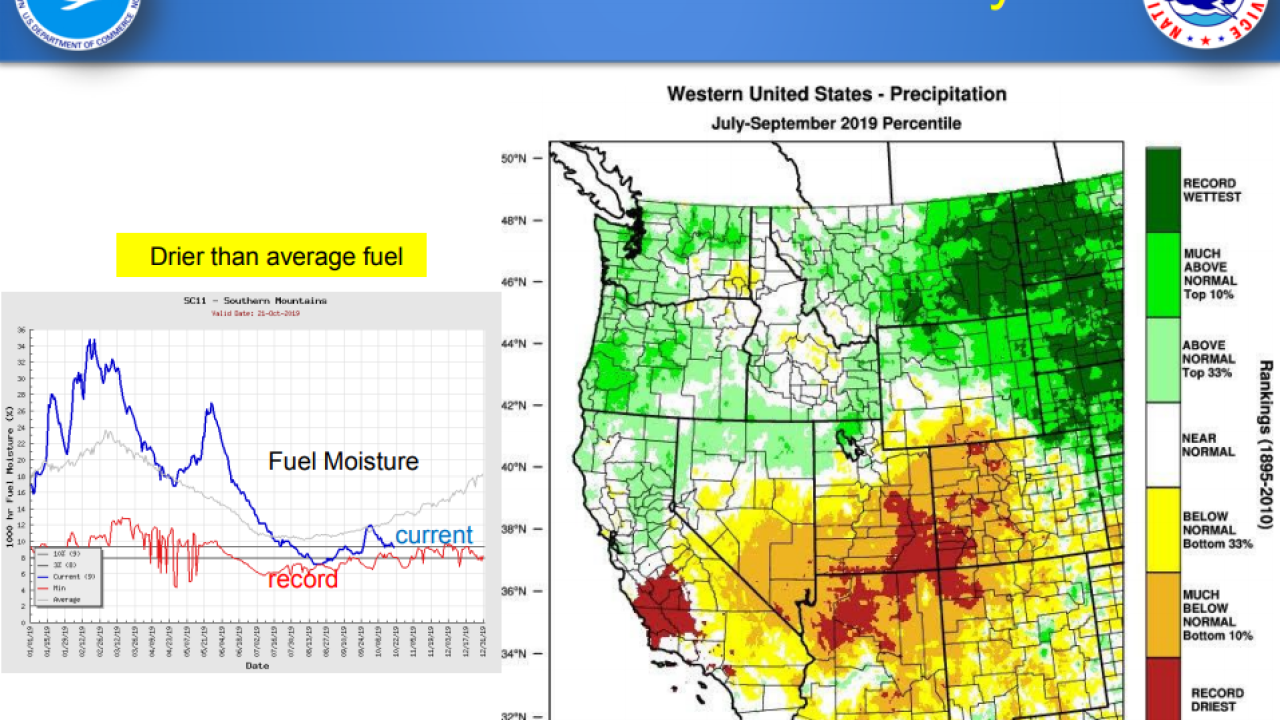 SAN DIEGO (KGTV) - The National Oceanic and Atmospheric Administration says the San Diego region is near a record low in fuel moisture or dryness in brush.

"(Santa Barbara and Ventura Counties) get a lot of fires this time of year. All they need is a small ignition, and it's off to the races," Cal Fire spokesman Issac Sanchez said. "We're not that different when it comes to the environment and the types of fuels we have from Santa Baraba and the potential for explosive fires."