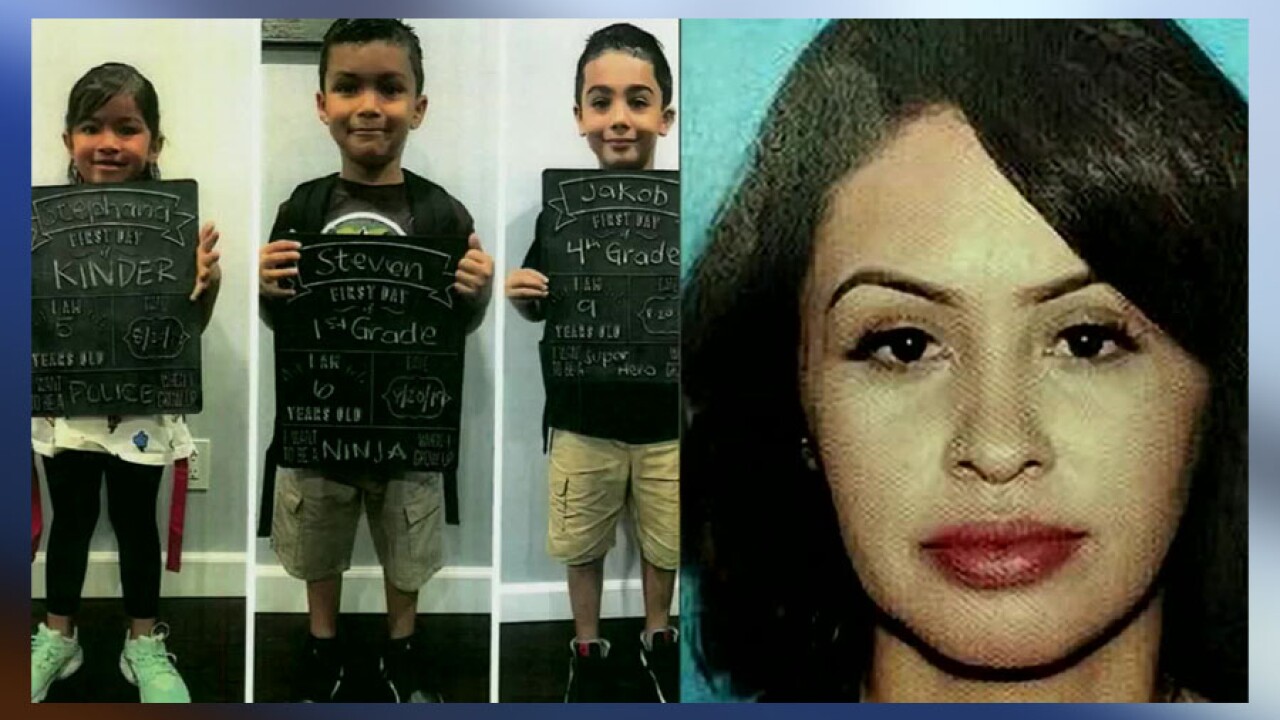 SYLMAR, Calif. (KGTV) -- Authorities announced that a missing Los Angeles mother and her three children were safely located at the San Ysidro Port of Entry in south San Diego County.

The young family disappeared from their home in Sylmar on Oct. 9, according to authorities.

Liliana Lopez's three children, who were also missing since Oct. 9, were found when they entered the U.S. from Mexico at the border crossing.

Los Angeles police detectives were interviewing Lopez to determine the circumstances of her and her children's disappearance.

A man who was identified as a possible suspect in their kidnapping, Esteban Lopez, is believed to be still in Mexico, according to authorities.

Police were called to the 13600 block of Fellows Avenue at 9:27 p.m. on Oct. 9 and found that a possible kidnapping had occurred. Police continued to search for them even as the Saddleridge Fire started up the next day and raged throughout the area.

Information from station KABC in Los Angeles was used in this report.