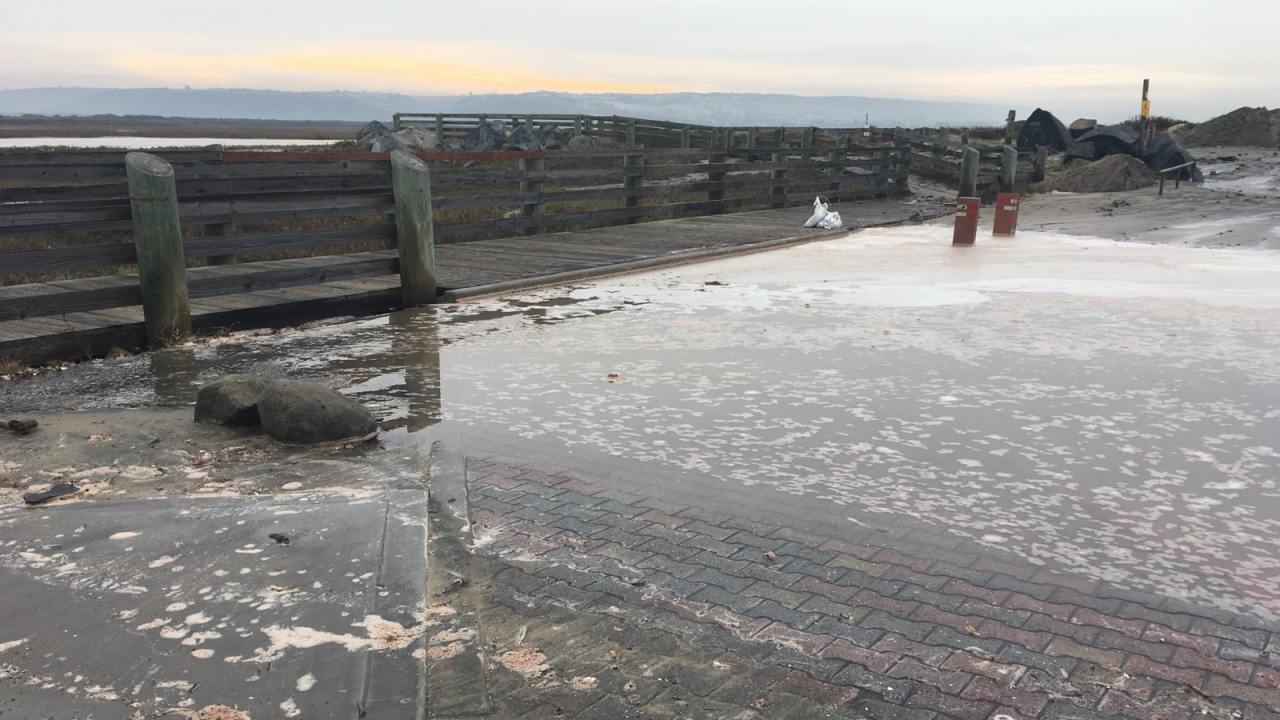 Copyright 2018 Scripps Media, Inc. All rights reserved. This material may not be published, broadcast, rewritten, or redistributed.
Mimi Elkalla

SAN DIEGO (KGTV) -- King tides are expected to continue in San Diego on Sunday following a day of flooding in parts of the county Saturday.

High tide is set to happen at 9 a.m. with low tide set to take place around 4:10 p.m., according to tide charts.

King tides occur when there is an alignment of the gravitational pull of the sun and the moon.

The City of San Diego built a three-foot temporary berm along parts of the bay in Mission Beach to help mitigate the risk of coastal flooding. Residents can also check the likelihood of flooding in their area, via FEMA's flood map, here.

The next round of king tides are expected to roll in January 20 an 21.