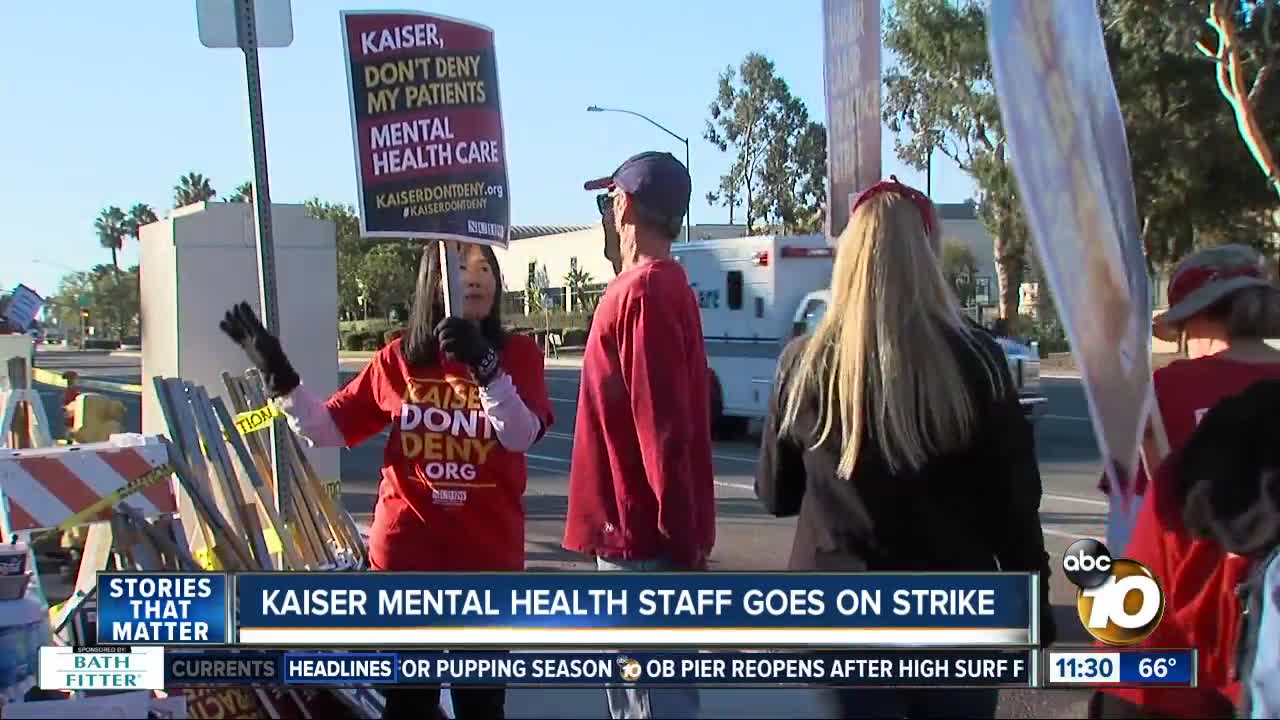 Workers are concerned about pay and staff shortages. 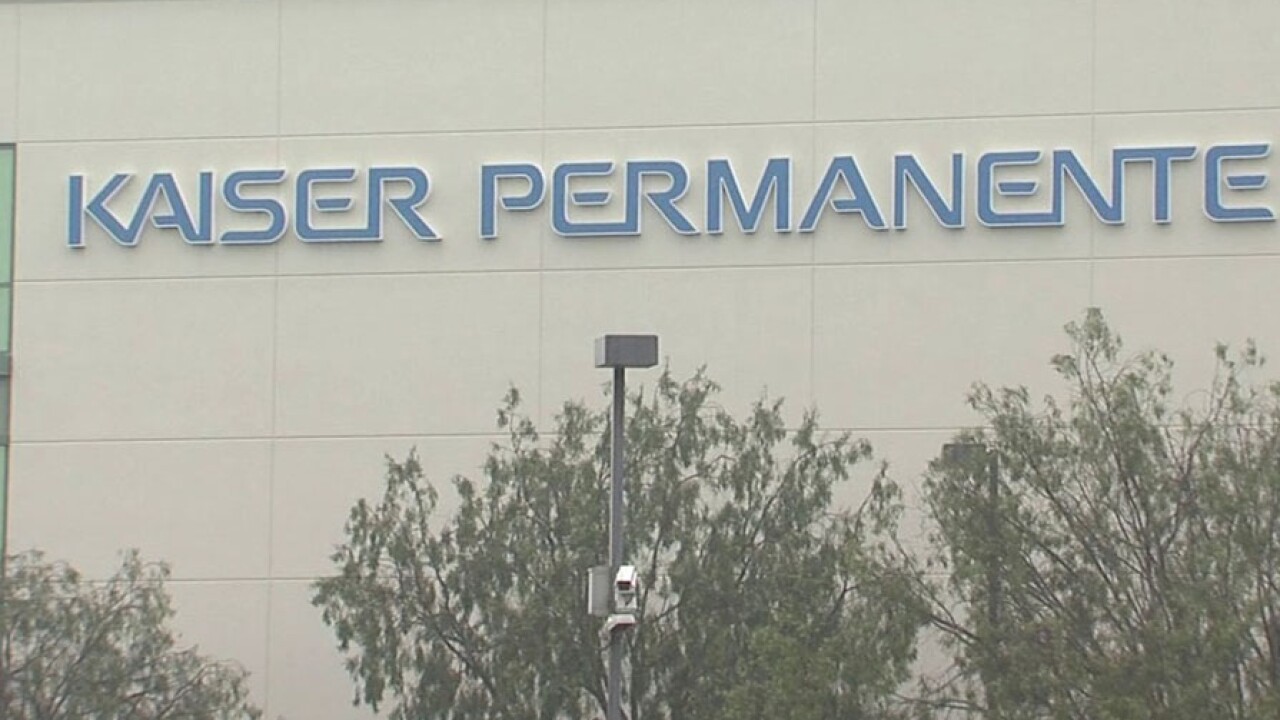 SAN DIEGO (CNS) - The union representing mental health professionals at Kaiser Permanente facilities in San Diego and across the state hit the picket lines Monday for a five-day strike amid a continued labor standoff.

The walkout by the National Union of Healthcare Workers, representing roughly 4,000 psychologists, therapists, psychiatric nurses and other healthcare employees, had been planned in November but was delayed out of respect following the death of Kaiser CEO Bernard Tyson.

Union officials said the walkout could result in the shutdown of more than 100 Kaiser clinics and medical facilities ``from San Diego to Sacramento.'' NUHW accused Kaiser of forcing clinicians to ``accept significantly poorer retirement and health benefits than Kaiser provides to more than 120,000 other employees in California.''

``Mental health has been underserved and overlooked by the Kaiser system for too long,'' Ken Rogers, a Kaiser psychologist, said in a statement released by the union. ``We're ready to work with Kaiser to create a new model for mental health care that doesn't force patients to wait two months for appointments and leave clinicians with unsustainable caseloads.''

But Kaiser accused the union of flatly rejecting a proposals made by a neutral mediator and opting to strike instead of ``working through the mediated process.''

``In Southern California, the primary contract concern relates to wage increases and retirement benefits,'' said Dennis Dabney, Kaiser's senior vice president of national labor relations. ``The mediator's recommendation includes wage increases of 3%, 2.75%, 2.75%, $2.5% each year with lump-sum payments in years 2-4 of 0.25%, 0.25% and 0.5% to provide 3% increases per year over the terms of the agreement and a $2,600 retroactive bonus.

``While our therapists in Southern California are paid nearly 35% above market, we believe these issues are resolvable,'' he said.

Dabney said NUHW workers have the ``same defined contribution plan that nearly a dozen other unions have, and that has been in place for more than four years.''

``Our current proposal on the table actually enriches this program such that a 3% employee contribution would have a 9% contribution from Kaiser Permanente,'' he said. ``Again, this is no reason to strike. Rather than calling for a strike, NUHW's leadership should continue to engage with the mediator and Kaiser Permanente to resolve these issues.''

NUHW workers also held a five-day statewide strike last December. Union leaders claim that mental-health clinics continue to be understaffed and ``patients are routinely forced to wait six to eight weeks for therapy appointments and clinicians are so overbooked that they have to work after hours trying to help patients who can't wait for care.''