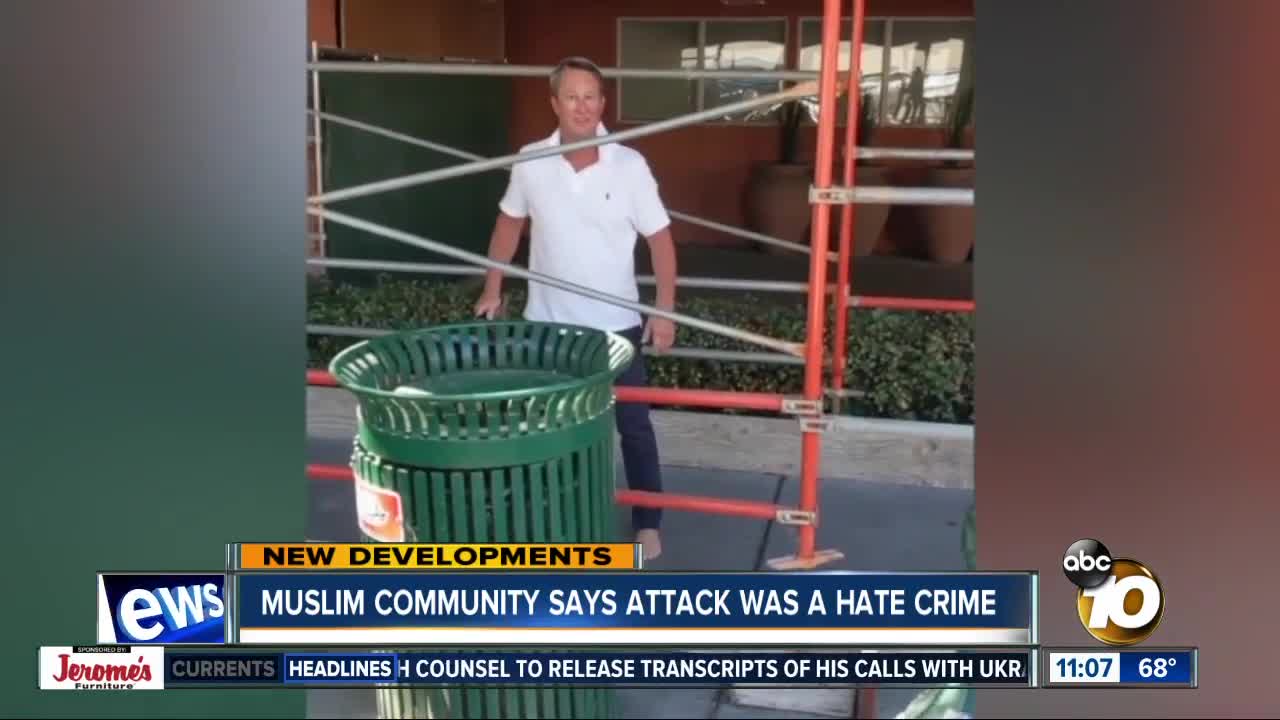 3 women say they were attacked for wearing hijabs.

SAN DIEGO (KGTV)- Members of San Diego's Islamic community stood up Thursday in support of three women who were attacked in Little Italy.

The women were wearing hijabs and walking down Columbia Street near Beech Sunday afternoon when a man approached from the other direction. Witnesses told 10News 50-year-old Kyle Allen lunged his shoulder into one of them.

Ismahan Abdullahi, who is the Director of MAS-PACE, which is a division of the Muslim American Society said,"I want to make sure when I walk the streets of my city fully clothed as a Muslim American, that I can do so safely and know that my city has my back. And anyone who has hate in their hearts or other individuals know there is a consequence for that hate."

Supporters will meet with the District Attorney’s Office because they want to make sure this is investigated as a hate crime.