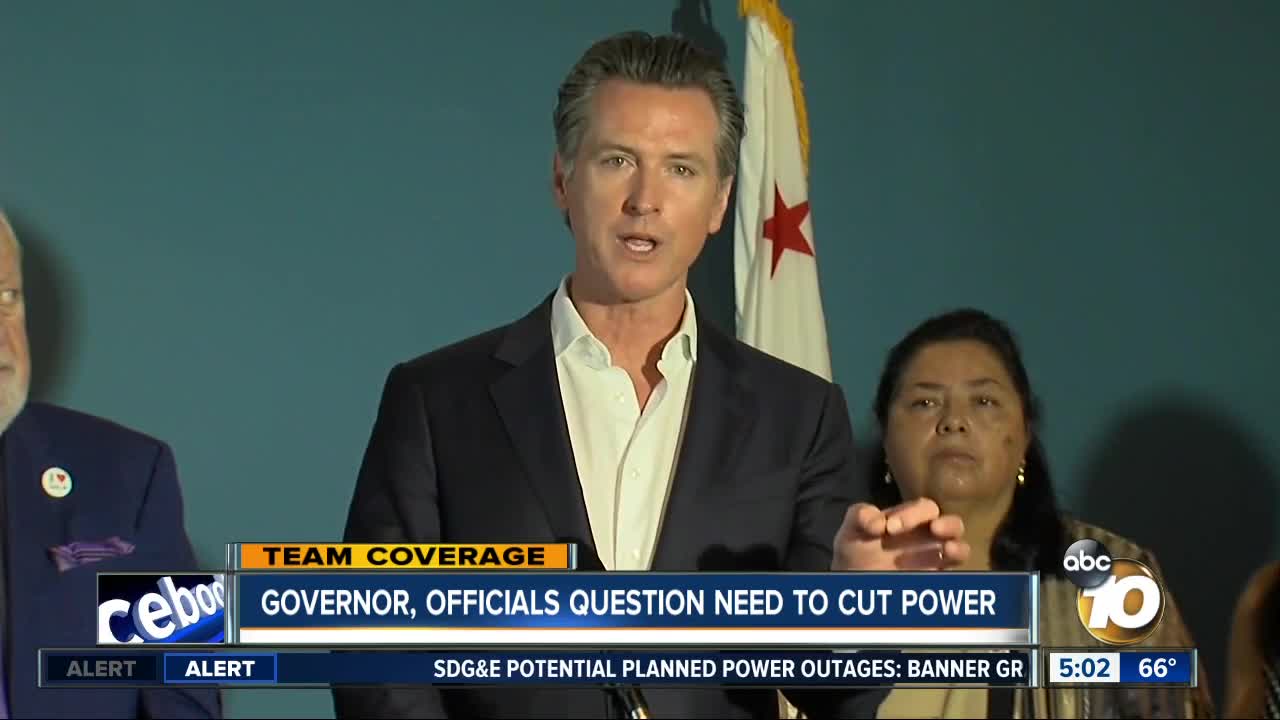 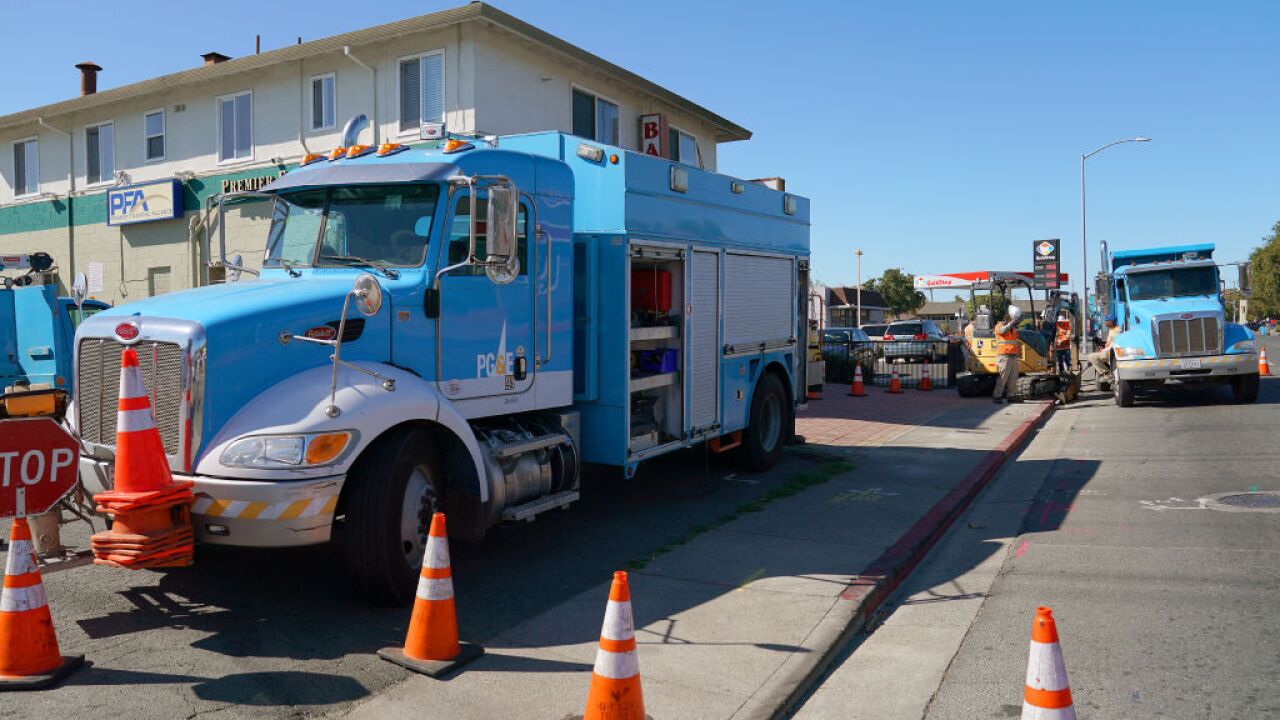 SAN DIEGO (KGTV) - As San Diego County's back country communities brace for the prospect of losing power, political leaders are starting to take aim at the idea of pulling the plug on them.

San Diego Gas and Electric has notified upwards of 30,000 customers that it could cut their power Thursday if it deems necessary to prevent a wildfire.

At a news conference in San Diego Wednesday, Gov. Gavin Newsom praised SDG&E as a leader in wildfire prevention, but expressed frustration at the situation. He directed most of his anger toward Pacific Gas and Electric, which has cut off power to hundreds of thousands of customers in Northern California to prevent its equipment from starting wildfires.

"And by the way, I'm outraged because it didn’t need to happen," said Newsom.

Zoraya Griffin, a spokeswoman for SDG&E, said turning off power is a last resort. She said the utility is in communication with fire departments and has crews and arborists deployed across the county.

SDG&E is also staffing the Emergency Operations Center at its headquarters in Kearny Mesa to monitor conditions.

"The population here in San Diego really need to be mindful that this is about their safety at the end of the day," Griffin said.

SDG&E began the practice of cutting power in 2013. That's a big change from the 2007 wildfires, which investigators say happened as a result of SDG&E equipment.

"After the wildfires of 2007, we started implementing what became the largest utility weather network in the world," said Brian D'Agostino, SDG&E's director of fire science, "We hired a team of meteorologists and we started to understand Santa Ana winds a lot better."

While the governor praised SDG&E, other officials took a much different stance.

"As always, SDG&E is putting itself first and looking to cover its liability rear end," she said in a statement. "Instead of taking the easy way out and pulling the plug on vulnerable communities, SDG&E should redouble its efforts to fully harden power lines and other infrastructure.”

SDG&E is required to give customers 48 hours notice of a shut off.