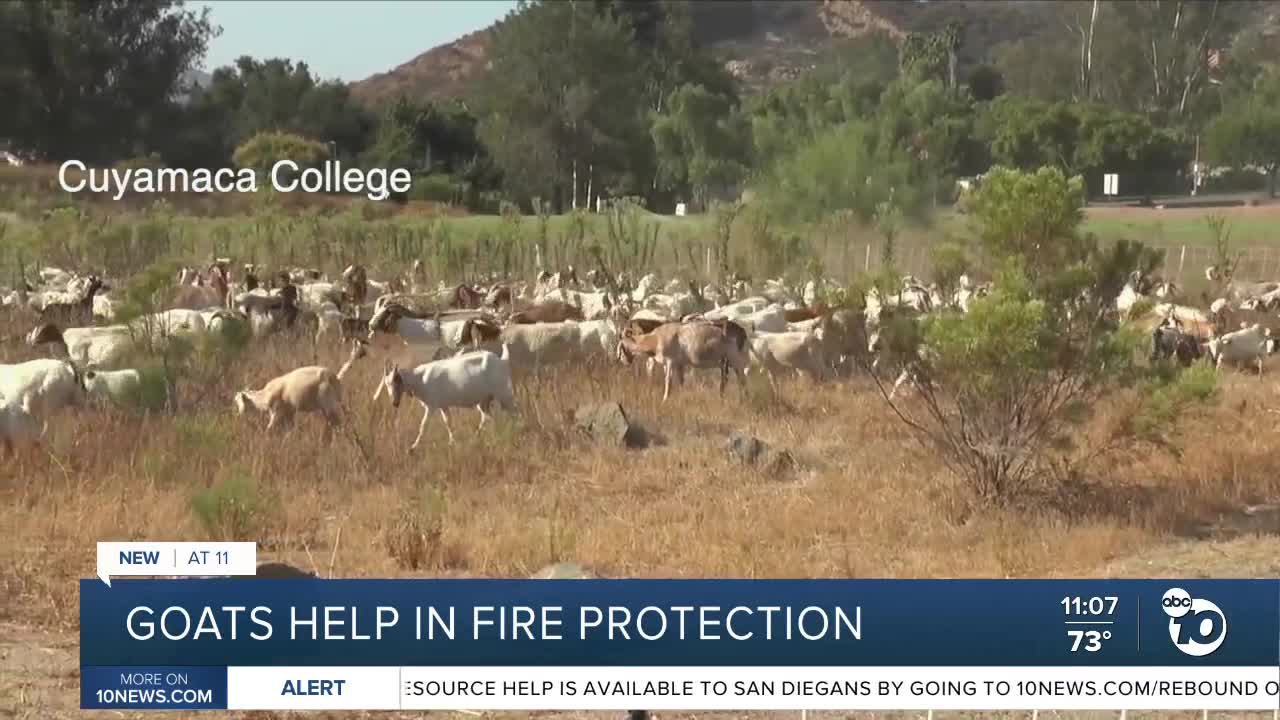 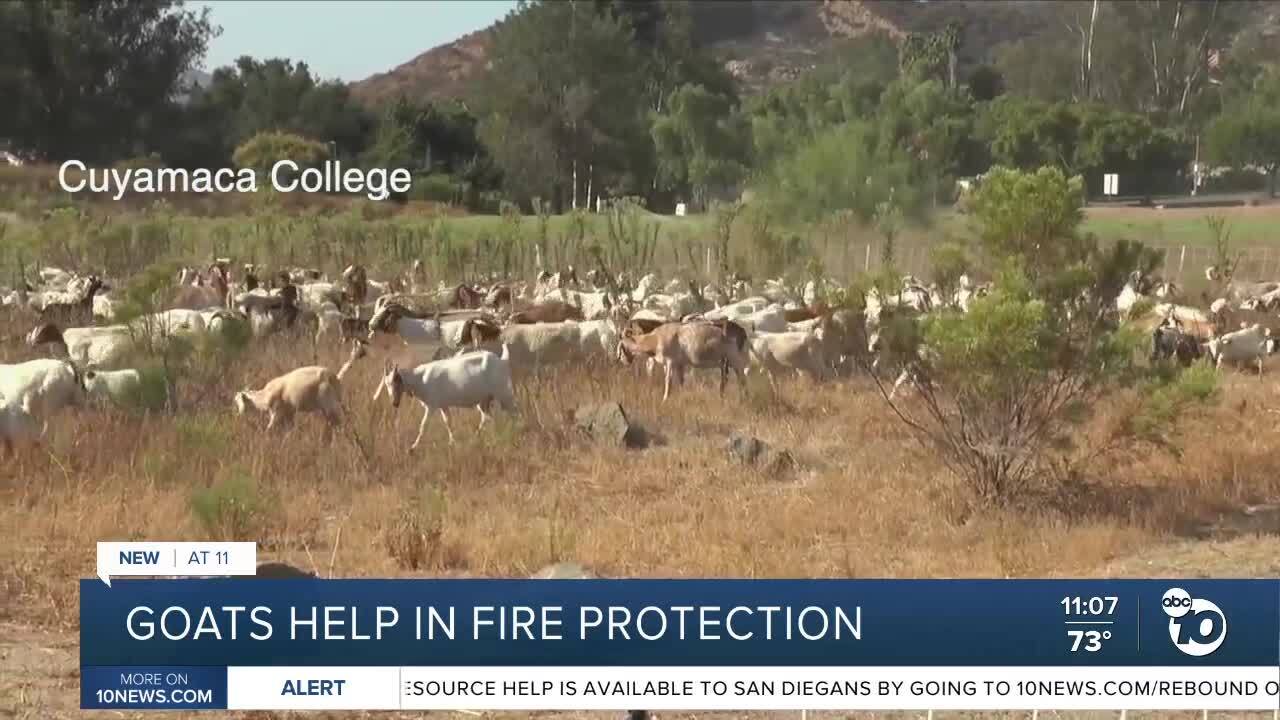 SAN DIEGO (KGTV) - Nearly 300 goats are munching away at brush on and around Cuyamaca College.

The college contracted with Environmental Land Management and its goats to help with fire mitigation.

A preserve surrounds the 165-acre campus. The goats and ELM staff and machinery will clear about 50 acres of brush in six to eight weeks. The goats are estimated to do 65 percent of the clearing work.

Julianna Barnes, the President of Cuyamaca College, says the goats are a way to be pro-active during the fire season.

The goats will eat 7- to 10-percent of their body weight. Also, goats do not re-seed plant life in their excrement, according to the college.

“We have a lot of non-native plants, and they’re highly flammable,” Barnes said, “(The goats) love to eat, and they love these non- native plants.”