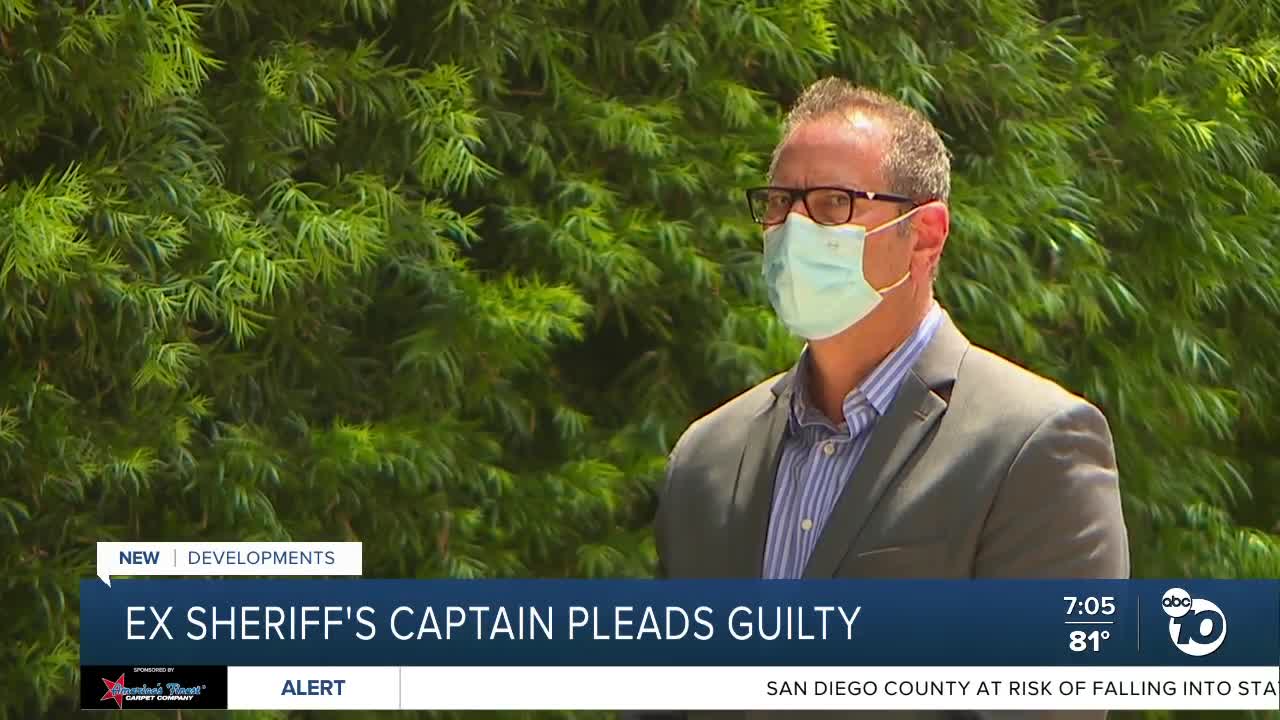 In a gray suit and a mask, Marco Garmo made his way into the downtown courthouse. ABC10 News’ cameras were not allowed in the courtroom, where Garmo stood before the judge and pleaded guilty to one count of engaging in dealing firearms without a license.

Hamel and Magana were charged with working with Garmo to re-sell guns and falsify records. Both have since pleaded guilty.

The U.S. Attorney’s Office said Tuesday that the cases for the other two defendants are still pending.

According to prosecutors, Garmo used his position to buy and re-sell guns that are intended only for law enforcement, not the general public, so-called off roster guns. Over six years, investigators say he sold more than 100 firearms for cash or to collect favors from those who might support him in a future run for San Diego Sheriff.

Garmo faces a maximum sentence of five years in prison, a fine of $250,000 and supervised release for up to three years. His sentencing hearing is scheduled for December 9th.