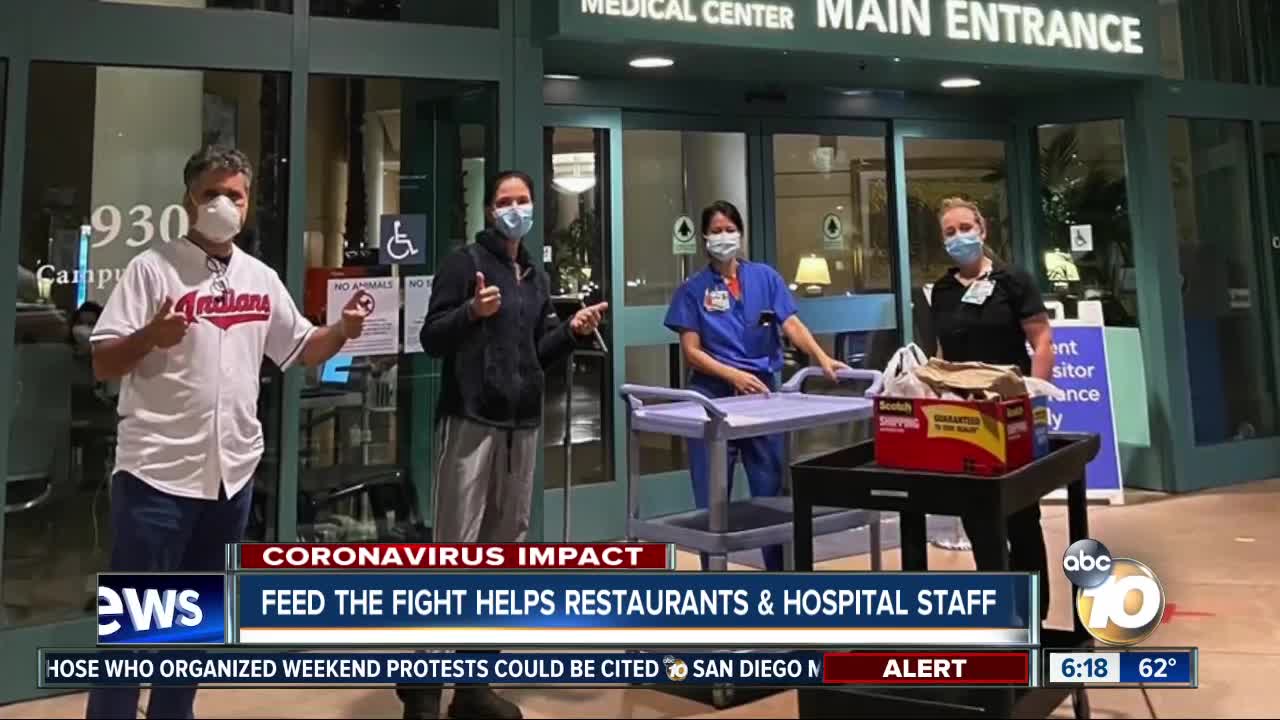 A woman in La Jolla has started Feed the Fight, which raises money to buy food from local restaurants. All the meals are then donated to hospital workers. She says it's like solving two problems with one donation.

LA JOLLA, Calif. (KGTV) - A woman in La Jolla has found a way to solve two of the problems brought by the Coronavirus Pandemic at the same time.

Kathryn Munoz created Feed the Fight SD. The non-profit takes donations and uses the money to buy food at local restaurants. That helps them stay in business and keep employees on staff.

Then Munoz takes the food and delivers it to local hospitals, helping feed the doctors, nurses, and medics who are risking their lives on the front lines of the fight against the virus.

"I think everyone kind of sees the logic of it," says Munoz, of her two-birds-with-one-stone-style solution. "It's something that we can all do."

Through a fundraiser on Facebook, as well as Venmo donations and a GoFundMe page, Munoz says she's already received more than $14,000 in donations.

"People have stepped up and showed their generosity," she says, adding that the restaurant owners have helped make every dollar go further by offering her deals on the meals she donates.

Munoz's husband helps with the financial side of Feed the Fight. Her daughter is the social media consultant. She says this is the least her family can do to help hospital workers.

"They're put into such a tough position. They literally risk their own lives to try to save all of our lives," says Munoz. "People really want to do something to help."

For now, Feed the Fight SD has focused on restaurants and hospitals in the La Jolla area, near Munoz' home. She says she'll happily expand as the need grows, and continue to deliver the food as long as she can.