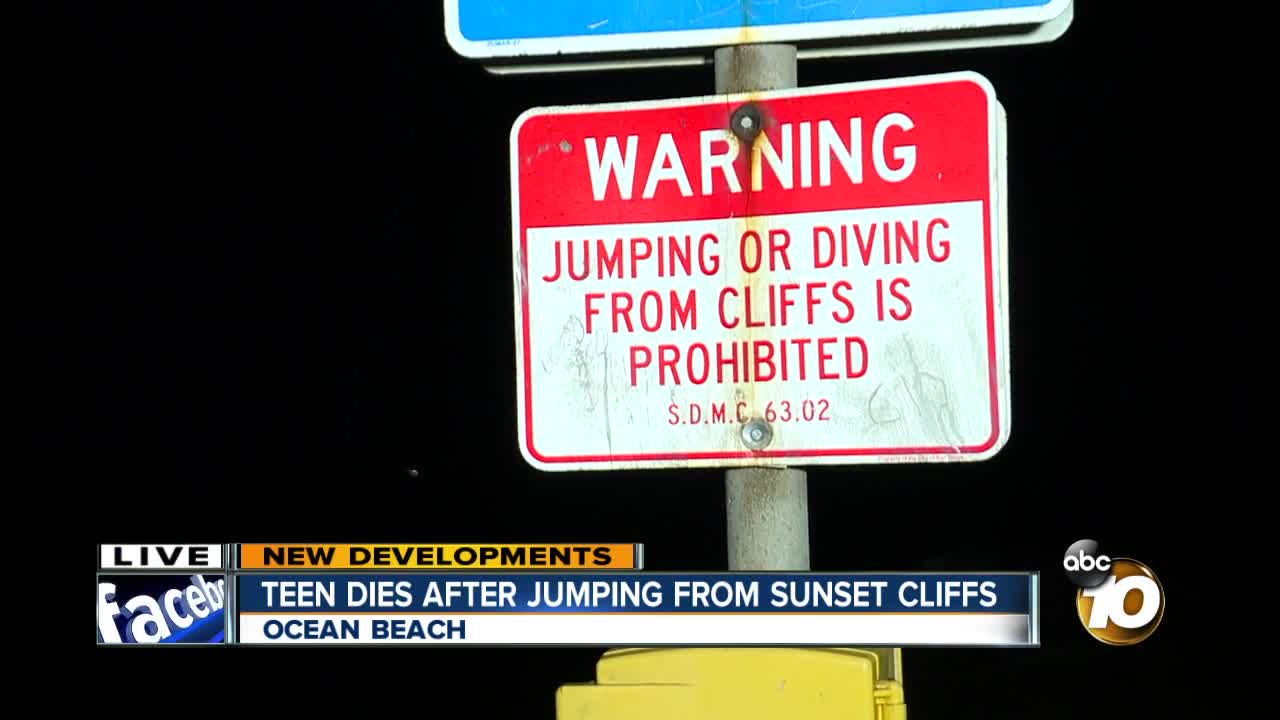 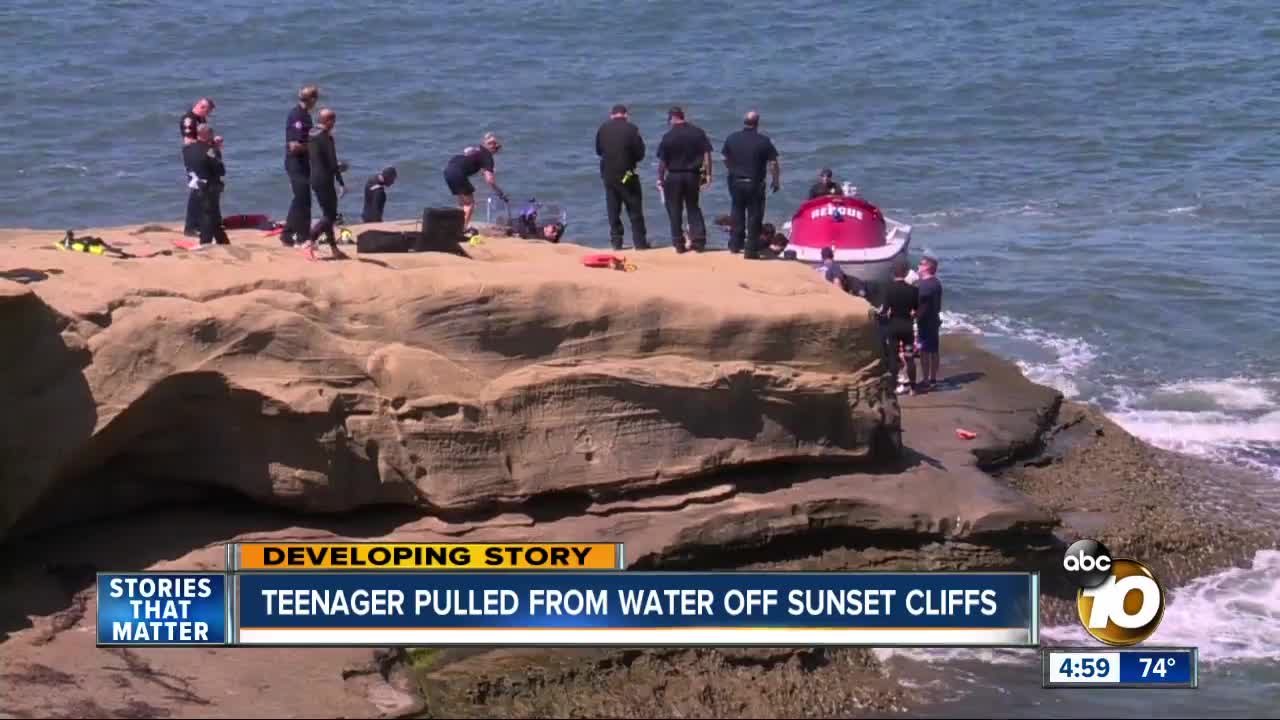 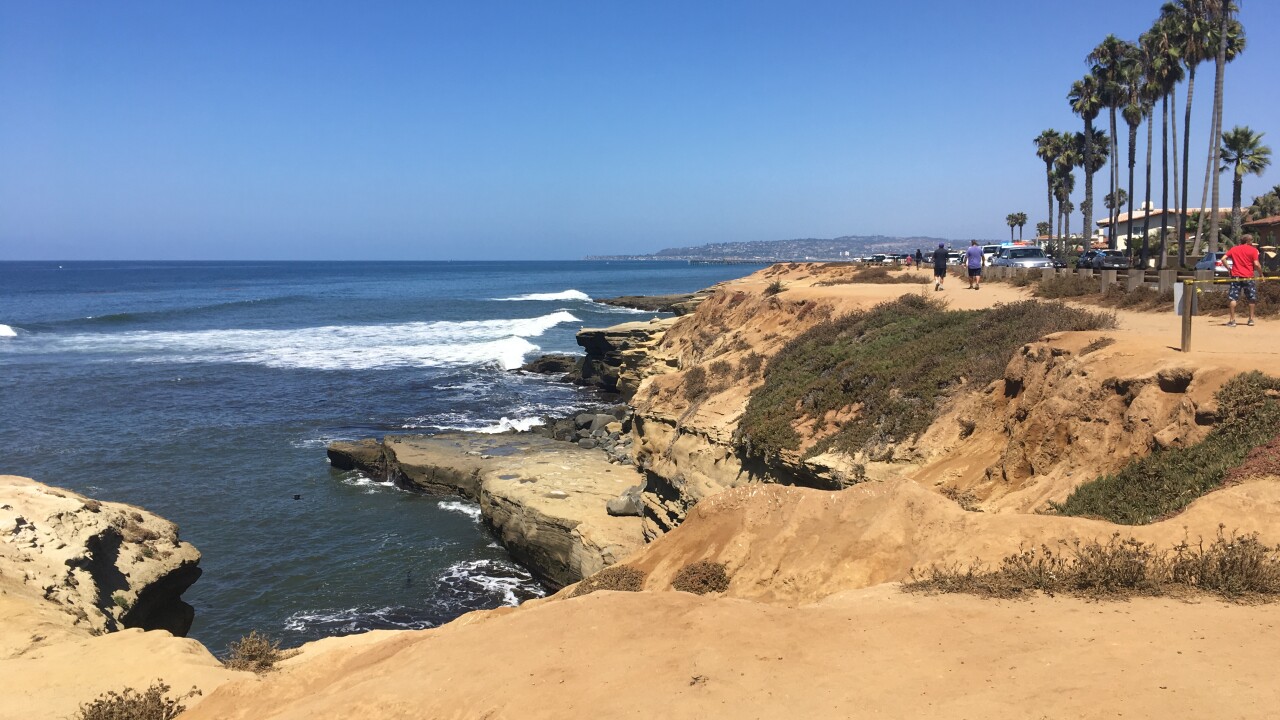 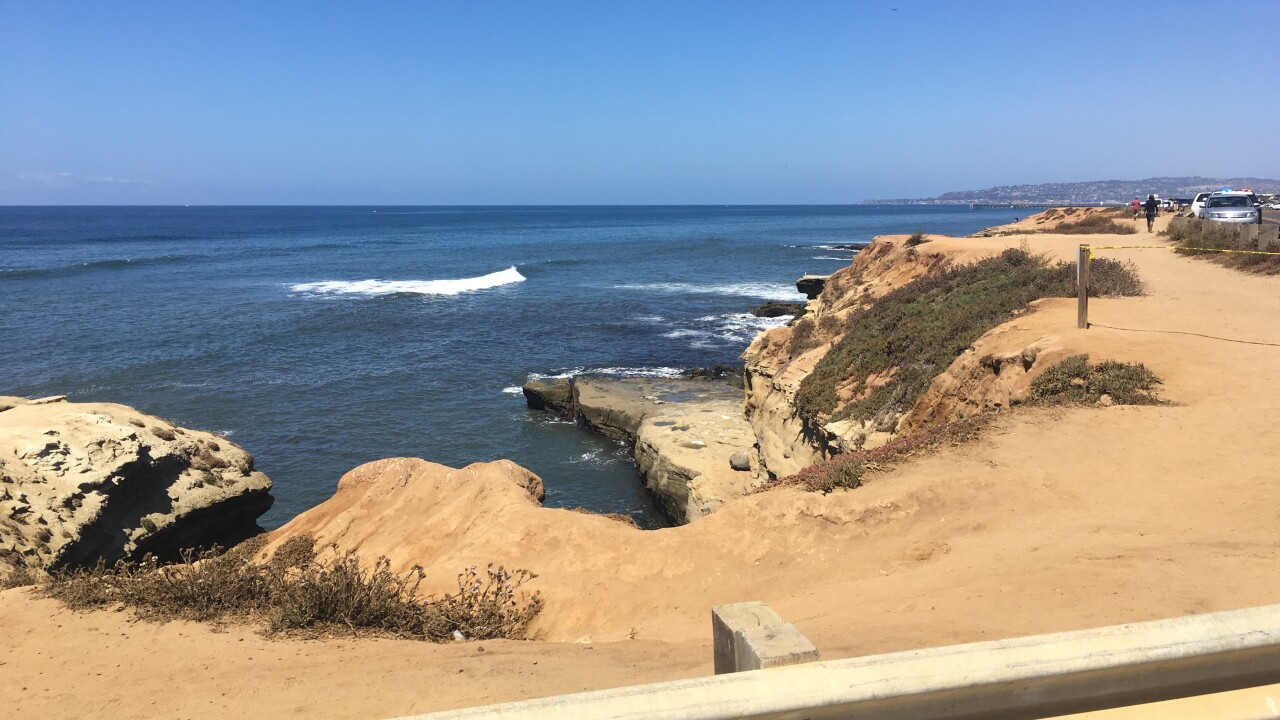 SAN DIEGO (KGTV) - A Sweetwater High School student died Wednesday after jumping off Sunset Cliffs, according to a school letter to parents.

The letter identified the teen as Anthony Womack, a 10th-grader at the school.

San Diego Fire-Rescue lifeguards pulled the 15-year-old boy from the water off Sunset Cliffs after searching for nearly a hour.

The incident was reported about 10:30 a.m. at Sunset Cliffs Blvd. and Osprey Street.

Multiple divers went into the water, an SDFD official reported. After 45 minutes, divers found the teenager and pulled him to the rocky cliffs, where they performed CPR.

The teen was taken to Scripps Mercy Hospital, but he was pronounced dead a short time later.

Officials told 10News the boy was part of a group that was not attending Sweetwater High School and went swimming.

Several friends of the teen said Womack and others ditched school on Wednesday to spend time at the cliffs.

The friends said he jumped into the water, but they didn't k now that he could not swim.

Grief counselors were scheduled to be at Sweetwater High on Thursday for students.