Quarantines lead to reduction in emissions 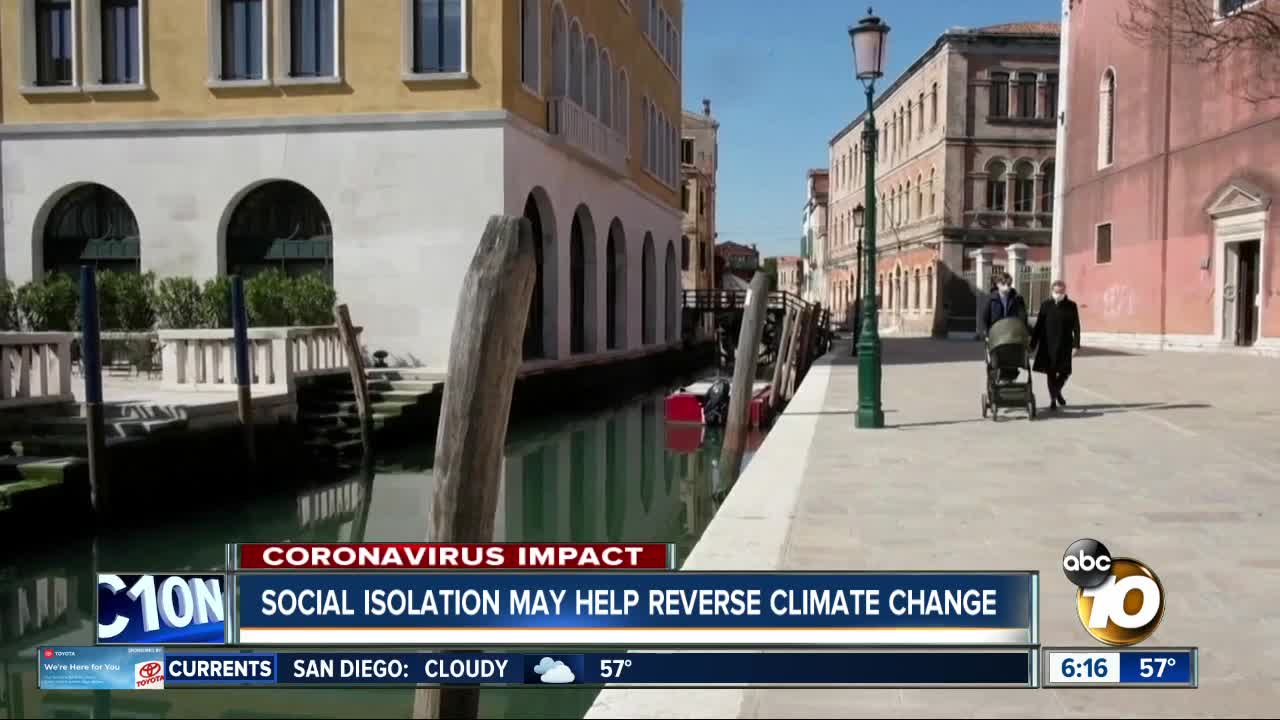 The Coronavirus may be having a positive impact on climate change, as social isolation is leading to a reduction in emissions and cleaner air and water. 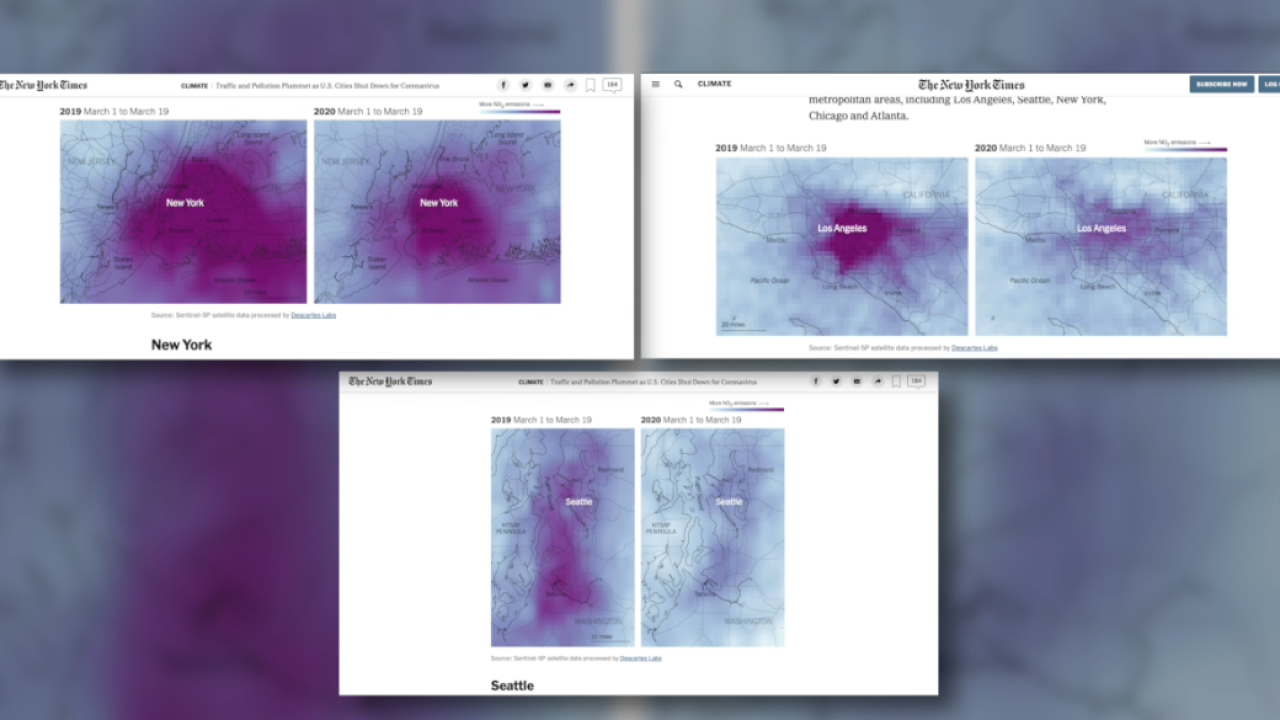 SAN DIEGO (KGTV) - Researchers at UC San Diego and the Scripps Institution of Oceanography are noticing a welcome side effect to the Coronavirus. Social isolation and quarantines may be helping to reverse climate change.

"This isn't the right reason to be changing the environment," says Professor Ralph Keeling. "We should be doing it because we want to do it, not because we're forced to do it."

Recent studies by the European Space Agency showed significantly less Nitrogen Dioxide in the air over Spain, France, and Italy during March of 2020, compared to March of 2019. All three of those countries are under heavy lockdowns because of the Coronavirus.

Keeling says it's good to see the short-term gains. But there's no way to know if this will lead to long term changes in the environment. He compares it to a bathtub. As Keeling describes it, the pollutants we put into the atmosphere are like the water flowing into the tub.

Meanwhile, the oceans may also see a benefit from the economic slowdown. Scripps Professor Jeremy Jackson says shipping will slow down, and fisheries that may rely on government subsidies will have to halt operations. That could help fish populations rebound.

"That very tragic loss of jobs is definitely going to be good for the state of marine resources," Jackson says. "We are going to be preying upon fish and shellfish at a much lower level."

But he adds that it's a balancing act. The worse things get for the economy and industries, the better it will be for the environment. But we have to make sure people's livelihoods are protected as well.

"If we go into a depression, then industrial output and activity are going to take a long time to recover," he says. "But that very grim news will make a big dent on environmental damage."

Still, both professors say this could be short-lived. Jackson worries that governments may turn to higher-polluting industries like oil and gas to help pull the world out of economic recessions. And Keeling says none of these gains will last unless people change their habits long-term.

"I think how we come out of this will make a difference. You know people are learning how to live with less," says Keeling. "We'd like to bend the curve for co2 as well as bending the curve for the Coronavirus. That will take sustained changes, not just short term changes."

"What this tells us is that environments can spring back very quickly in terms of animal and plant life if we stop stressing it," says Jackson. "I'm cautiously hopeful this whole business will give us a slightly increased sense of humility about what we can get away with, and this will help towards getting us to think more sustainably."