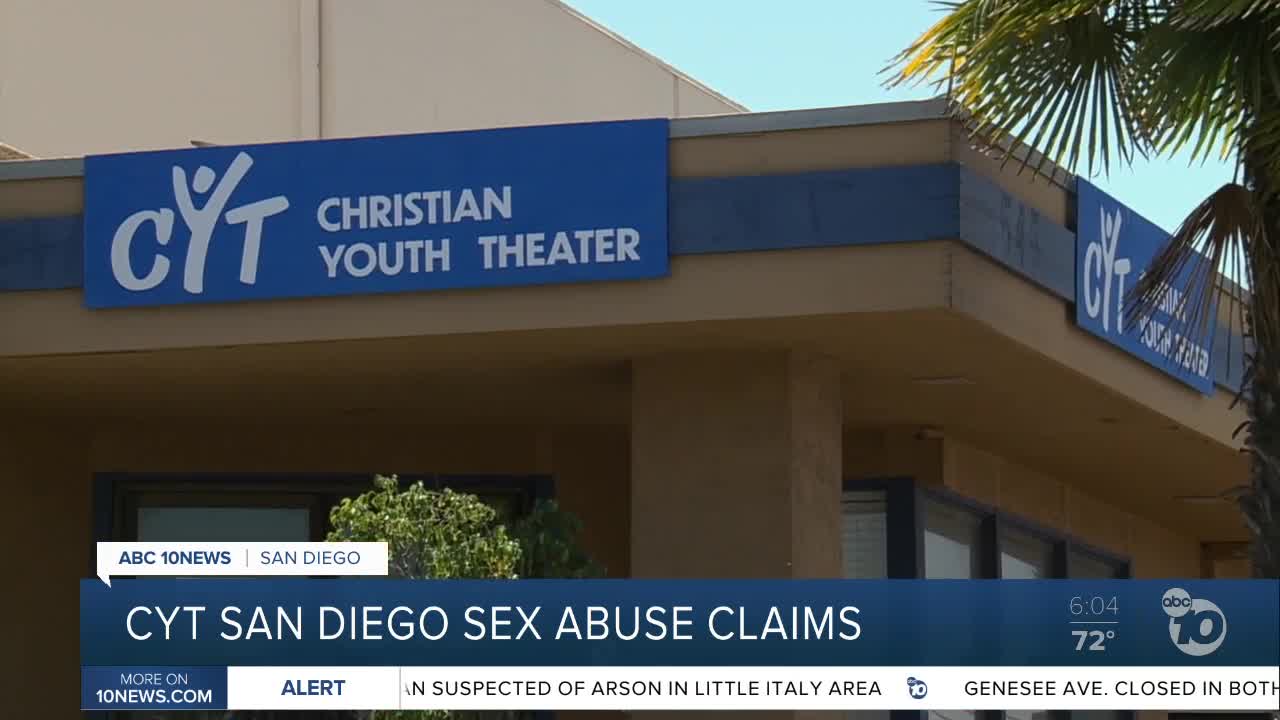 On the phone Tuesday, the president of CYT confirmed that one of her own close family members claims that he was even abused when he was in CYT many years ago.

On its Facebook page, the El Cajon-based theater group has acknowledged recent accusations of sex abuse from former students.

Part of its statement reads, “We are deeply saddened to learn about statements that have recently been made on social media involving former CYT students, and we want you to know that we take these allegations very seriously…We have been working tirelessly on these issues with the authorities, outside consultants, staff, and the Board of Directors since they were brought to our attention…"

San Diego attorney Jessica Pride said Tuesday that she's representing a former student who claims she was sexually abused starting in 2006. “The first time she was 13 and it continued until she was 15-years-old,” said Pride.

The after-school theater arts training program was founded 40 years ago and is for students ranging from 4-years-old to 18-years-old. On its website, CYT writes that its grown to be the largest youth theater program in the nation with branches across the country, training thousands of students a year.

Tuesday, CYT President Janie Russell Cox would not confirm the number of alleged victims or whether the accusations of abuse were between just students or students and teachers, but said claims have come from alumni- not current students.

Cox confirmed that her close family member publicly posted on social media his own account of abuse from many years ago. She said she's heartbroken and wants to be transparent and will provide an on-camera interview in the upcoming days.

Pride said dozens of other former students are now contacting the firm. “The phone has been ringing off the hook with survivors who are calling and want to tell their story and want to make sure that CYT changes,” she added.

San Diego Police told ABC10 News Tuesday that its Sex Crimes Unit is conducting an investigation in which there is an association with CYT.

An advocate for several of the alleged victims is asking for any other possible victims to come forward. Loxie Gant can be reached at Loxie@forbelleconsulting.com or (858) 382-5694.

Below is the complete statement from CYT:

“We are deeply saddened to learn about statements that have recently been made on social media involving former CYT students, and we want you to know that we take these allegations very seriously. We are listening. The safety of CYT students, staff, and community is our highest priority. We have been working tirelessly on these issues with the authorities, outside consultants, staff, and the Board of Directors since they were brought to our attention, and we will continue to do so. We are also reviewing the stringent training requirements, policies, and procedures that are in place to ensure that everyone involved in CYT remains safe. We want to be transparent with you, and will have more updates soon.” – Janie Russell Cox, CYT President.