SAN DIEGO (KGTV) — The City of San Diego says there's no timetable to build a pedestrian bridge at Mission Trails Park near the site where a 21-year-old hiker died last week, though the park's master plan calls for the project.

Last Friday, Max Lenail went to Mission Trails for a morning run but never returned. After about 1,700 people showed up to help search for Lenail the next day, a volunteer found his body in a river that crosses the trail.

Lenail's mother, Laurie Yoler, said her son slipped on the rocks while crossing the San Diego River on the trail's Visitor Center Loop and hit his head. Over the weekend, Yoler told ABC 10News that she went back to the site of her son's death and saw several families and children struggling to cross the river to continue hiking. 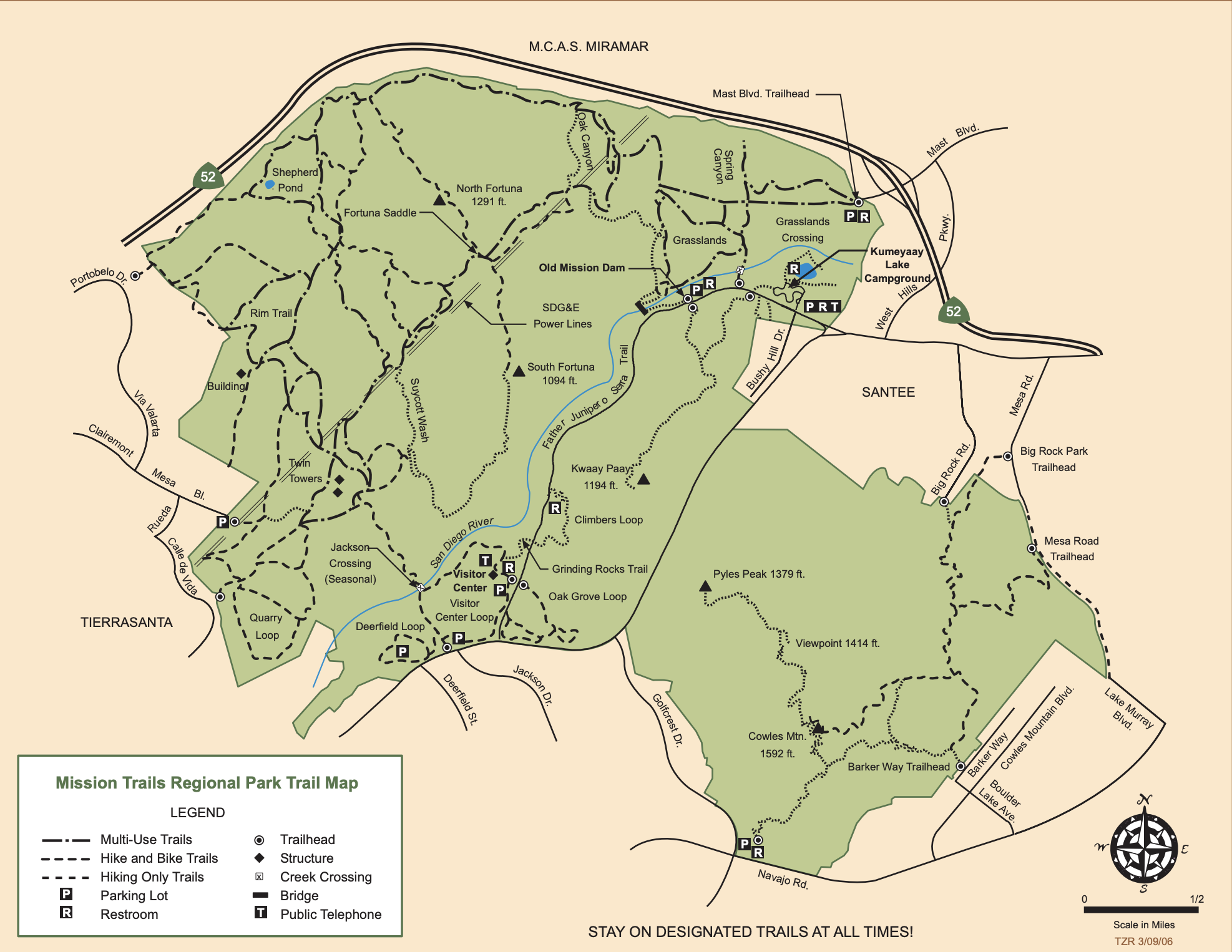 "We saw families and children struggling to cross with the current and the mossy rocks. We saw a dog slip and get nearly washed away right where my son was killed. I watched in terror ... I can’t believe there isn’t a sign or bridge. It’s the only way to cross over the trail," said Yoler.

The City of San Diego said a project for a pedestrian bridge in the area is part of the park's master plan, but there isn't a timetable for that project.

"While the City is still learning details about the circumstances surrounding Max Lenail's tragic death, we continue to urge the public to hike only on City-marked trails when visiting the park. The area where the incident took place does not have a bridge or maintained trail to allow for safe access to cross the river. Safety is our highest priority and visitors and hikers should not use unmarked, alternative paths to cross the river in the event the trail is flooded and impassable.

As it relates to the construction of a pedestrian bridge for that area, while the Mission Trails Regional Park Master Plan identifies a bridge to be constructed, there is currently no timetable for a project of that scope at this time.

We again encourage hikers to stay on accessible trails only and to use caution when visiting the parks during inclement weather when paths can be slippery. We send our condolences to the Lenail family during this difficult time."

Yoler said she and her family put up a climbing rope on Sunday to help hikers across the river, but a park ranger told them it had to come down because it was a liability.

The river crossing could be dangerous when low, due to the slick rocks, but became even more of a hazard after last week's rain and hail, Lenail's family said. Yoler says her son loved the outdoors and was an experienced hiker.