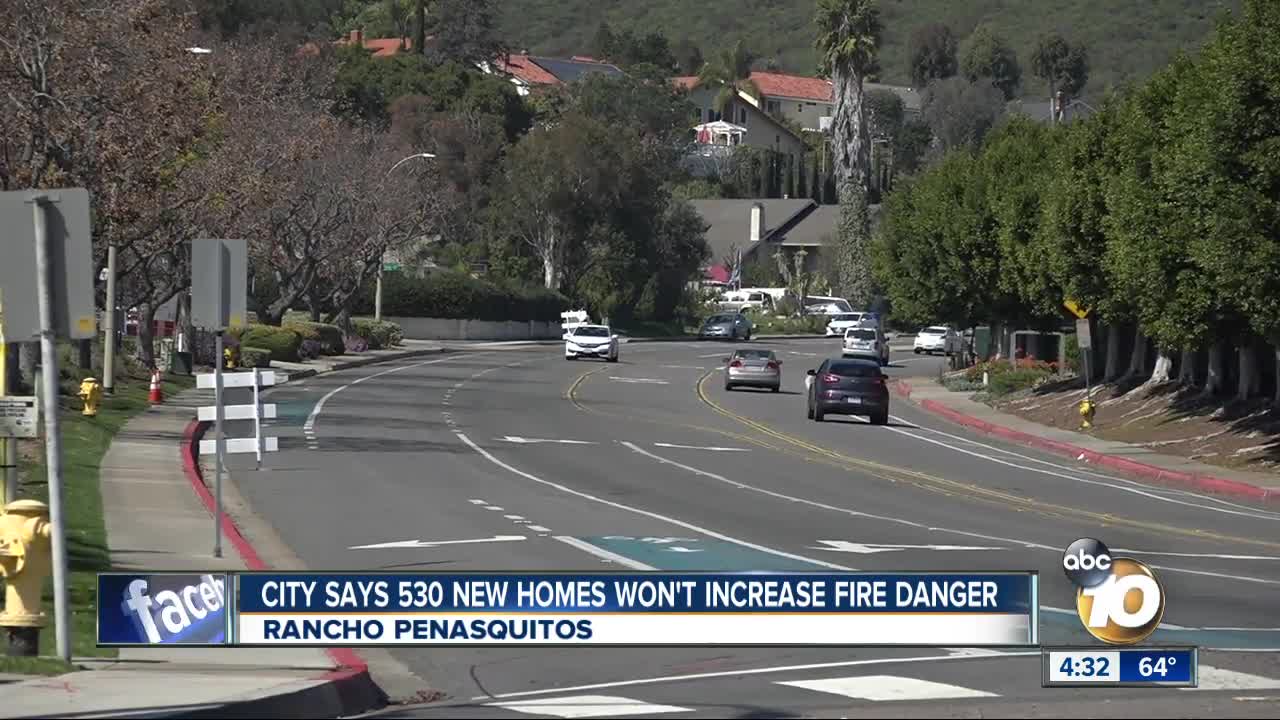 A proposed 536-unit development to replace an old golf course in Rancho Penasquitos won't increase the danger in the event of an evacuation during a wildfire, the city says 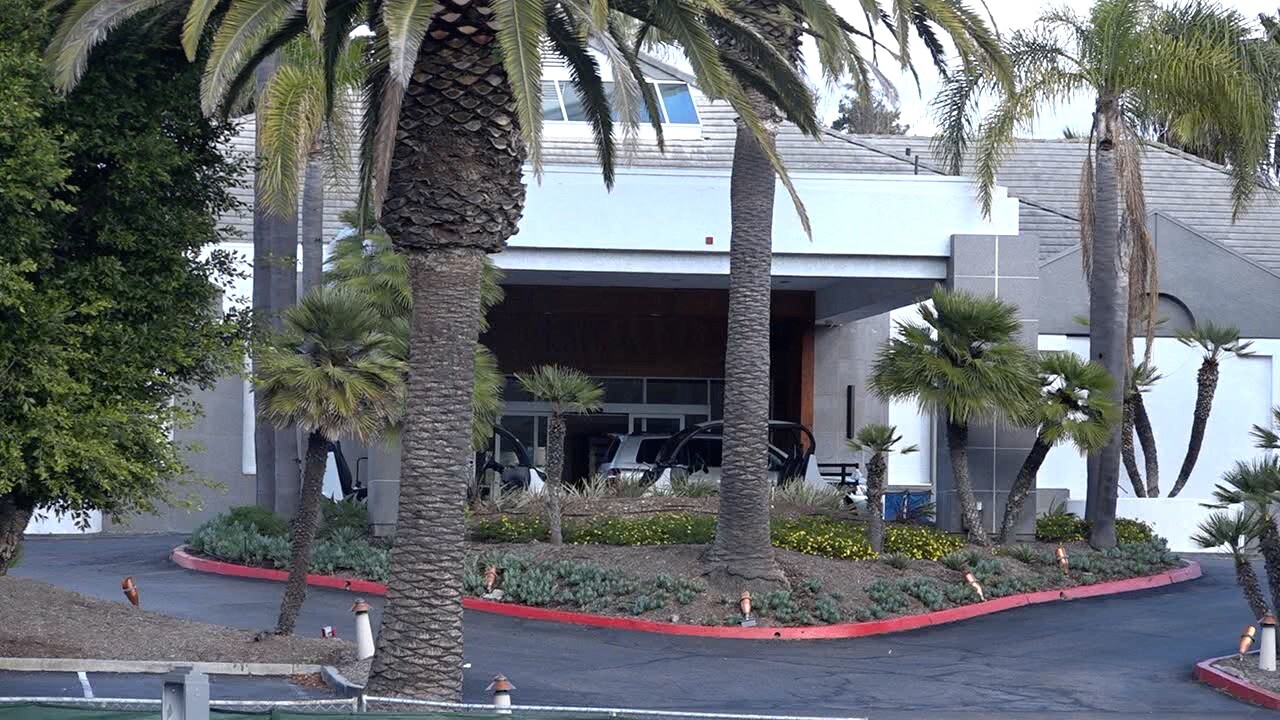 SAN DIEGO (KGTV) -- The addition of 536 new homes on a former golf course in Rancho Penasquitos won't clog the one road leading out of the neighborhood in the event of an emergency evacuation, according to a new city study.

The city released the environmental impact reporter for Lennar's Juniper proposal on Wednesday. Lennar is proposing to turn the languishing course behind the old Hotel Karlan on Penasquitos Drive into 536 housing units for senior citizens, including 81 affordable.

The project also includes a nearly three acre public park, a three-mile trail. The environmental document analyzes impacts such as noise and traffic.

It also looked at how the additional homes would impact evacuations in the northeast portion of Rancho Penasquitos, a neighborhood with only one road in and out.

The document said there would be a less than significant impact on getting out fast for two reasons - first, a wildfire that starts in the Black Mountain Open Space park to the west would be blown away from the site by Santa Ana winds. Secondly, the site is not prone to wildfire because it is protected by developed terrain.

"As part of the EIR, a fire risk analysis determined potential impacts related to wildfire hazards from implementation of the project would be less than significant and the project’s Wildland Fire Evacuation Plan demonstrates that timely evacuation of the site is feasible and would be improved by the additional roadway and emergency egress connections provided by the project," said city spokesman Anthony Santacroce.

Additionally, plans call for adding a road into and out of the Juniper complex from Carmel Mountain Road, with emergency access. It would add a traffic light and roundabout to Penasquitos Drive, and improve an emergency access road on the opposite side of the neighborhood.

Still, a group of residents is raising concerns that the Juniper project, combined with another potential 350 on the hotel site, would clog the one road leaving the area.

Junaid Razvi, who heads the Penasquitos Northeast Action Group, noted Santa Ana winds are unpredictable and has had to evacuate three times in the last 15 years.

"To put it mildly, I don't think we're getting the whole picture here," said Razvi. "We are not nimbys. I think the development has to be sensible terms of density, the access, ingress and egress points."

Razvi's group said it plans to meet with Councilman Mark Kersey in the next few weeks to air their concerns. In a statement, the councilman said he understands where they are coming from.

"Given our region's history, I understand and share residents' concerns about wildfire preparedness," he said. "Nothing is more important to me than public safety, especially when it comes to fire risk, and fire safety will be a primary concern when I evaluate any development proposal that comes before the City Council for approval."

San Diegans have until April 6 to submit their comments on the EIR.