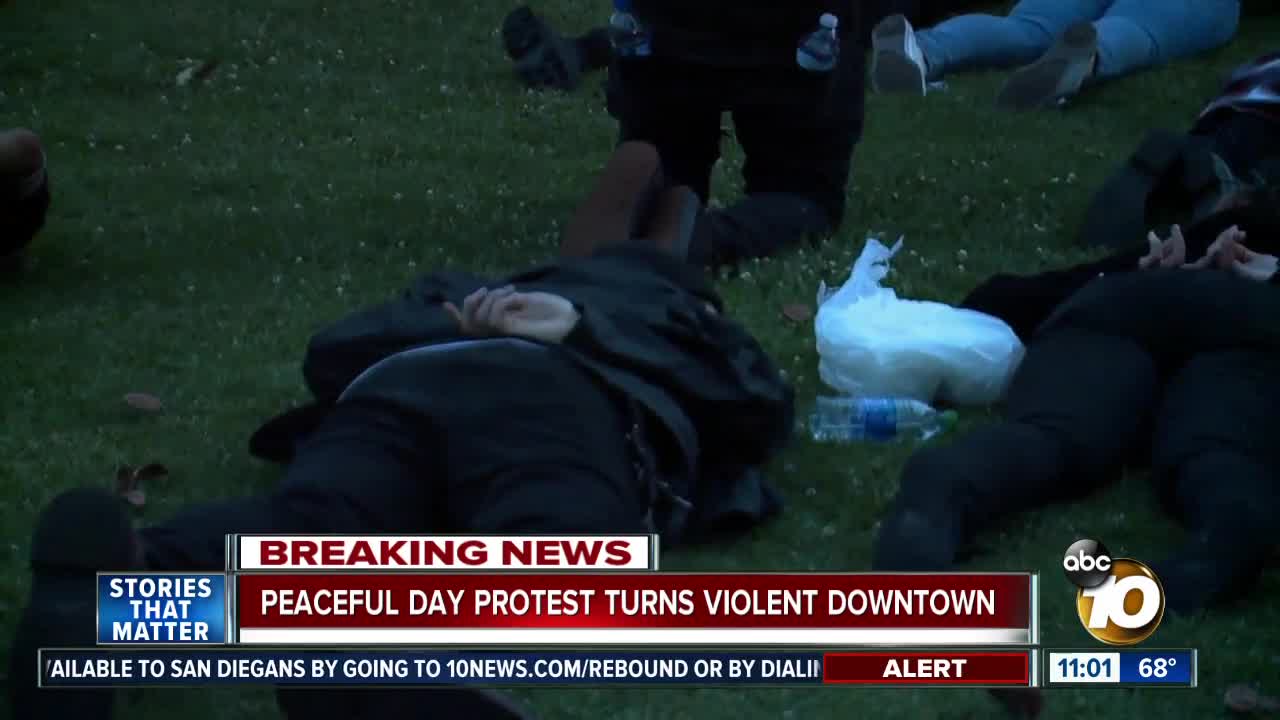 A large group began coalescing near the San Diego Police Department headquarters near Broadway and 13th St in the afternoon.

As night fell, the group marched up Park Boulevard past San Diego City College and into Balboa Park.

Law enforcement officers followed closely. Freeway on-ramps and off-ramp were blocked by CHP officers in tactical gear along the route, preventing protesters from accessing the freeways.

After marching through the park, the group stopped near El Prado and Sixth Ave.

Many in the group laid down on their stomachs with their arms behind their backs, chanting “I can’t breathe,” in honor of George Floyd, the unarmed black man killed in police custody in Minnesota on May 25, 2020. Afterwards, they held a moment of silence for those killed at the hands of police.

Many demonstrators dispersed after, though a group began forming again outside SDPD headquarters.

At 10:25, SDPD tweeted that “bottles, fireworks and other objects” were being thrown at officers near their headquarters.

Several minutes later, police declared the protest an unlawful assembly and began clearing the area, tweeting, “those who remain or return against this lawful order may be cited/arrested and risk exposure to chemical agents & less-lethal force applications.”

As of 11 p.m. SDPD had announced they made one arrest for vandalism.