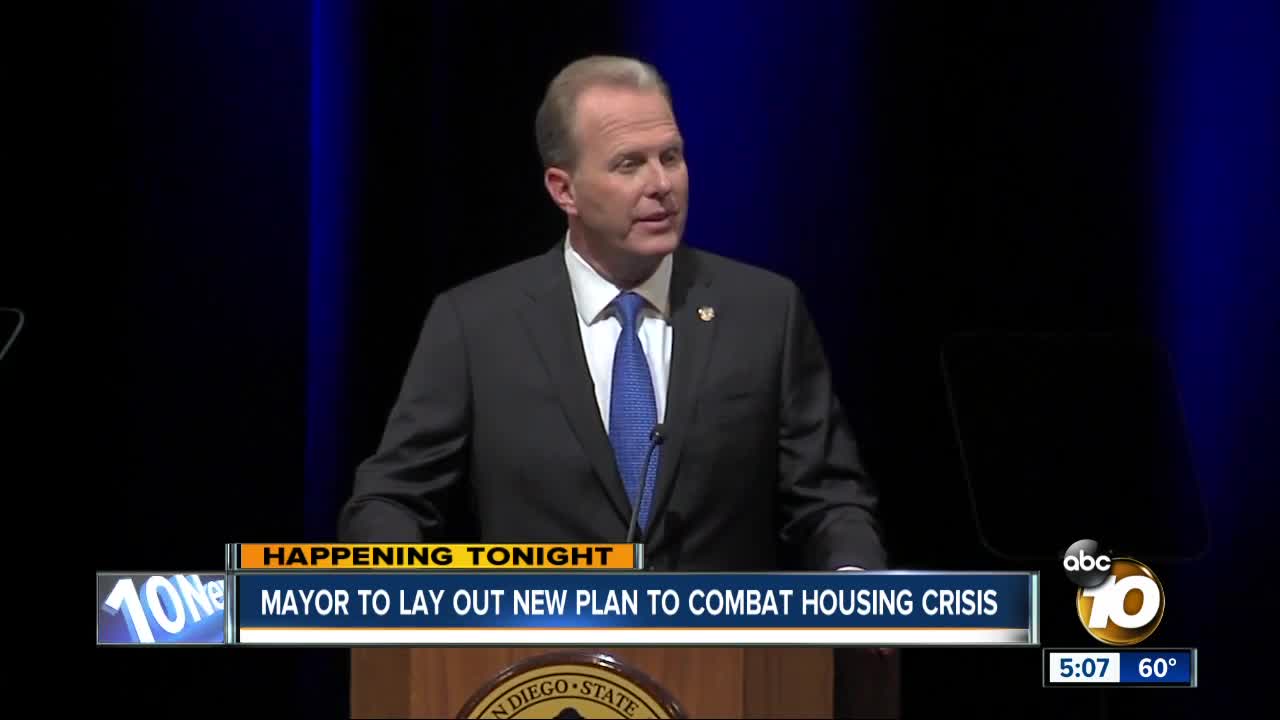 Homelessness and lack of housing will be front and center as Mayor Kevin Faulconer delivers his sixth and final State of the City address Wednesday evening. 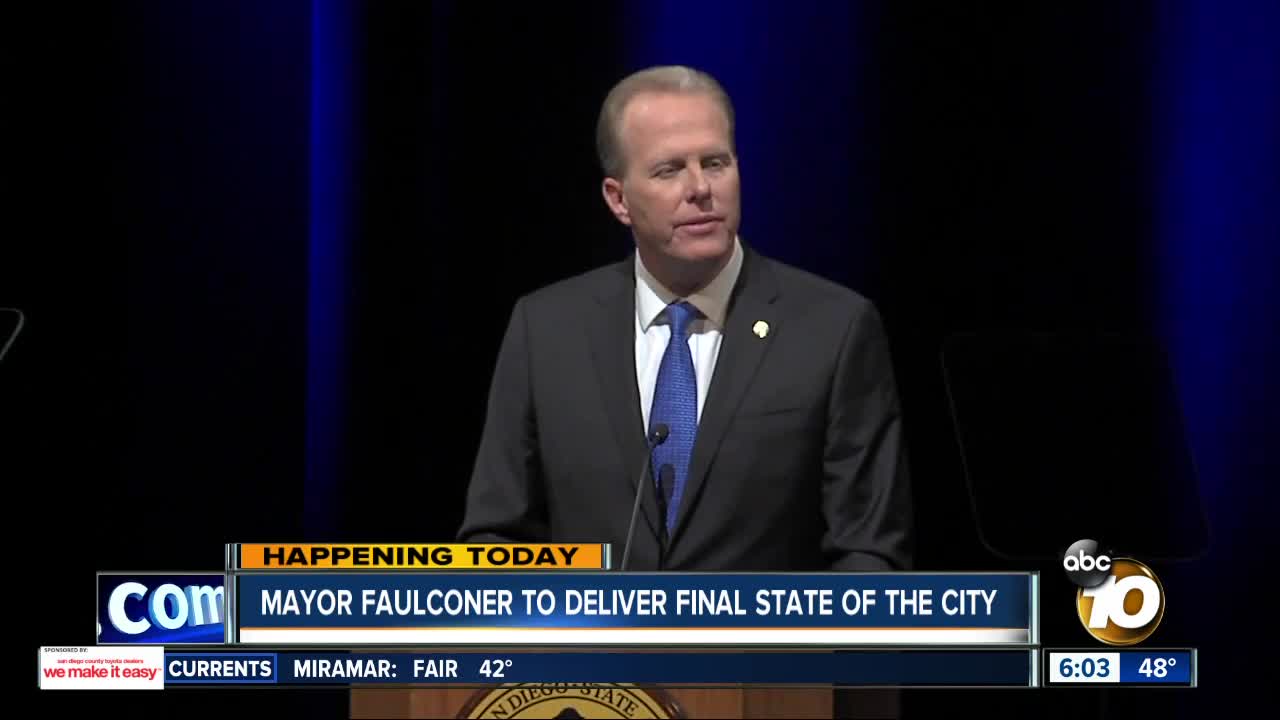 SAN DIEGO (CNS) - Homelessness and lack of housing will be front and center as Mayor Kevin Faulconer delivers his sixth and final State of the City address Wednesday evening.

He will address the statewide housing crisis and how he intends to leave San Diego with a framework of innovative solutions to tackle that challenge as he prepares to leave office after the November election, according to a news release.

Faulconer plans to finish his term by seeking council approval this spring for a new housing reform -- a program to build more homes, invest in existing communities and turn his One San Diego pledge into city policy.

The last five years have seen the largest expansion in homeless services in San Diego's history. The city has also adopted housing reforms, climate action plans and directed billions of dollars toward street and neighborhood improvements.

Despite the fact that San Diego has one of the largest existing homeless populations in the country, the overall numbers of those experiencing homelessness in the region did drop in 2019.

Still, a chasm between residents and the affordable housing supply means there is much work to be done. The San Diego Housing Commission has a 10-year wait on its Section 8 Housing list, and hundreds more are added to the list monthly.

Watch the address in the player below: