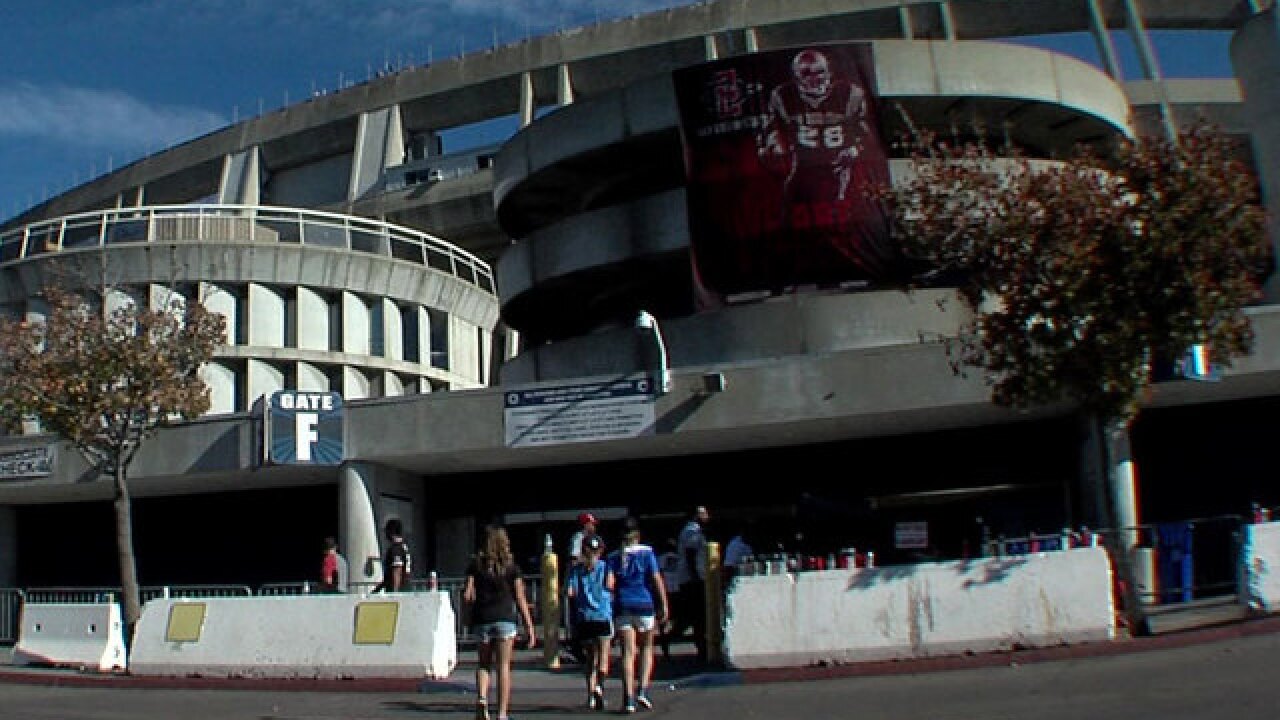 SAN DIEGO (CNS) - The San Diego City Council declined to report details of its closed-door discussion Tuesday on a draft appraisal of price and payment terms for the city's potential sale of the SDCCU Stadium site to San Diego State University.

The council met in closed session to discuss the undisclosed terms of the appraisal with its negotiating team, composed of officials in various city departments and the city attorney's office. Both the city and SDSU have expressed an intent to exchange the property for "fair market value," but what that entails remains opaque.

D.F. Davis Real Estate estimated the fair market value of the site sits at $68.2 million, according to documents.

The city is currently in the process of selling a 132-acre parcel of land to SDSU as the university intends to redevelop the parcel, which includes SDCCU Stadium, into a 35,000-seat stadium to be primarily used by the university's football team, a satellite campus, a park along the San Diego River and commercial and residential space.

After the closed session, City Councilwoman Barbara Bry called for the draft appraisal to be released to the public and for all future discussions of the sale to take place in an open session.

"It is now time for SDSU to make an offer which honors the terms of Measure G and the promises that were made during the campaign," Bry said in a statement. "This offer should include a commitment to building the river park and designing a transit-dependent development."

City officials have also noted their concern over certain elements of the project's draft environmental impact report, such as the university's analysis of how the project will affect traffic patterns in Mission Valley. The council must approve a final version of the report prior to completing the sale.

On Monday, the Friends of SDSU, a group of university alumni and community members, called on the city to accept the appraisal without changes, arguing that the project would be transformative for the city and SDSU will be a good steward in overseeing the land.

"Introduction of extraneous considerations that are inconsistent with the provisions of voter-approved Measure G or are outside the mutually agreed-to guidelines for the appraisal could substantially delay or threaten altogether the successful transfer of this property," Friends of SDSU wrote in a letter to Mayor Kevin Faulconer and the council.

San Diego voters approved the plan, then known as SDSU West and now dubbed SDSU Mission Valley, last November. Since then, the university has selected two firms to oversee the planning and construction of the future stadium and campus while negotiating the sale with the city.

On the project's current timeline, university officials expect the California State University Board of Trustees to consider approving a draft environmental impact report on the SDSU West plan early next year. The university expects to break ground on the project in early 2020 and complete the redevelopment in its entirety by the mid-2030s.