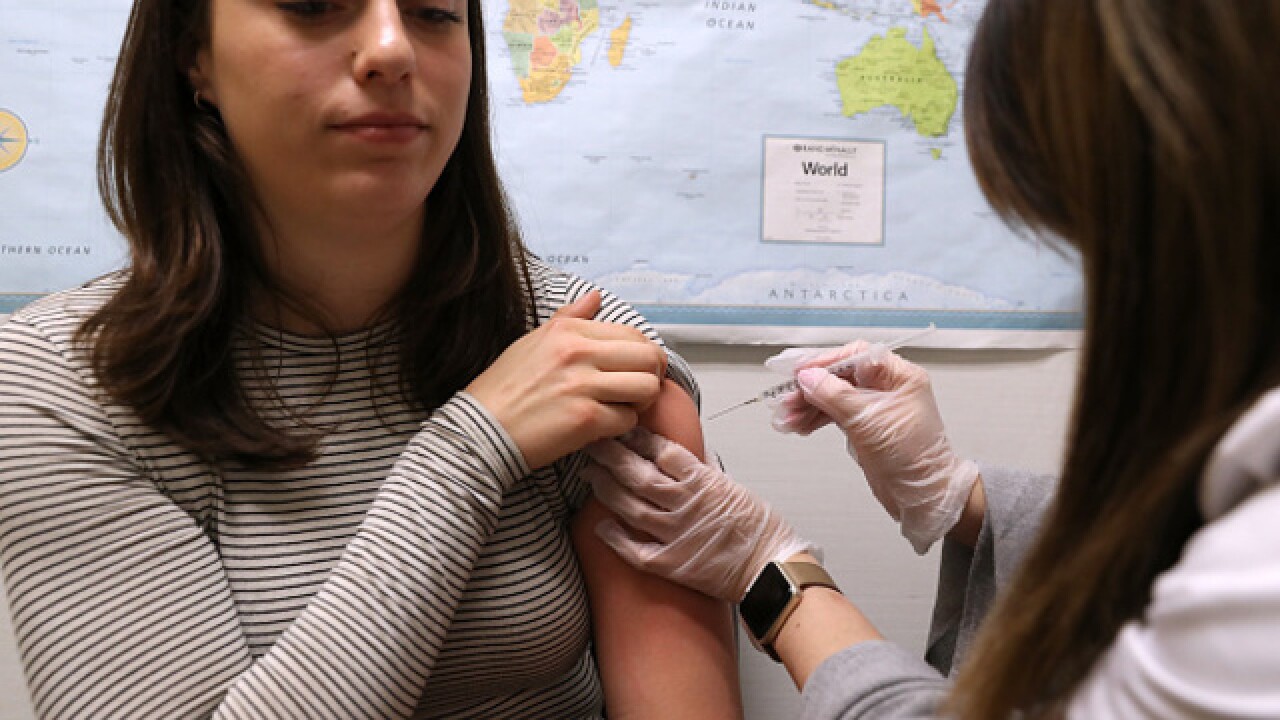 Copyright 2018 Scripps Media, Inc. All rights reserved. This material may not be published, broadcast, rewritten, or redistributed.
Justin Sullivan
<p>SAN FRANCISCO, CA - JANUARY 22: Simone Groper receives a flu shot at a Walgreens phramacy on January 22, 2018 in San Francisco, California. A strong strain of H3N2 influenza has claimed the lives of 74 Californians under the age of 65 since the flu season began in October of last year. People are being encouraged to get flu shots even through the vaccine has been only 30% effective in combating the influenza. (Photo by Justin Sullivan/Getty Images)</p>

The new influenza deaths included a 34-year-old East County woman with an underlying medical condition who died from influenza A, according to the County Health and Human Services Agency. This season, there have been 32 deaths in the county related to the flu, compared to 24 deaths at this time last season.

“The number of deaths and cases being reported are a sign that influenza is not easing up,” said Wilma Wooten, county public health officer. “Vaccination is the best defense we have against the flu. People who have not gotten immunized should do it now.”

The flu vaccine is available at local doctors' offices, pharmacies, and public health centers. A list of locations offering flu shots can be found on the county's immunization website or by calling 211 for the county's health hotline.

Local health officials and the CDC recommends everyone 6 months and older receive a vaccine, especially those at higher risk of complications from the flu such as pregnant women, people with chronic medical conditions, and locals 65 or older.