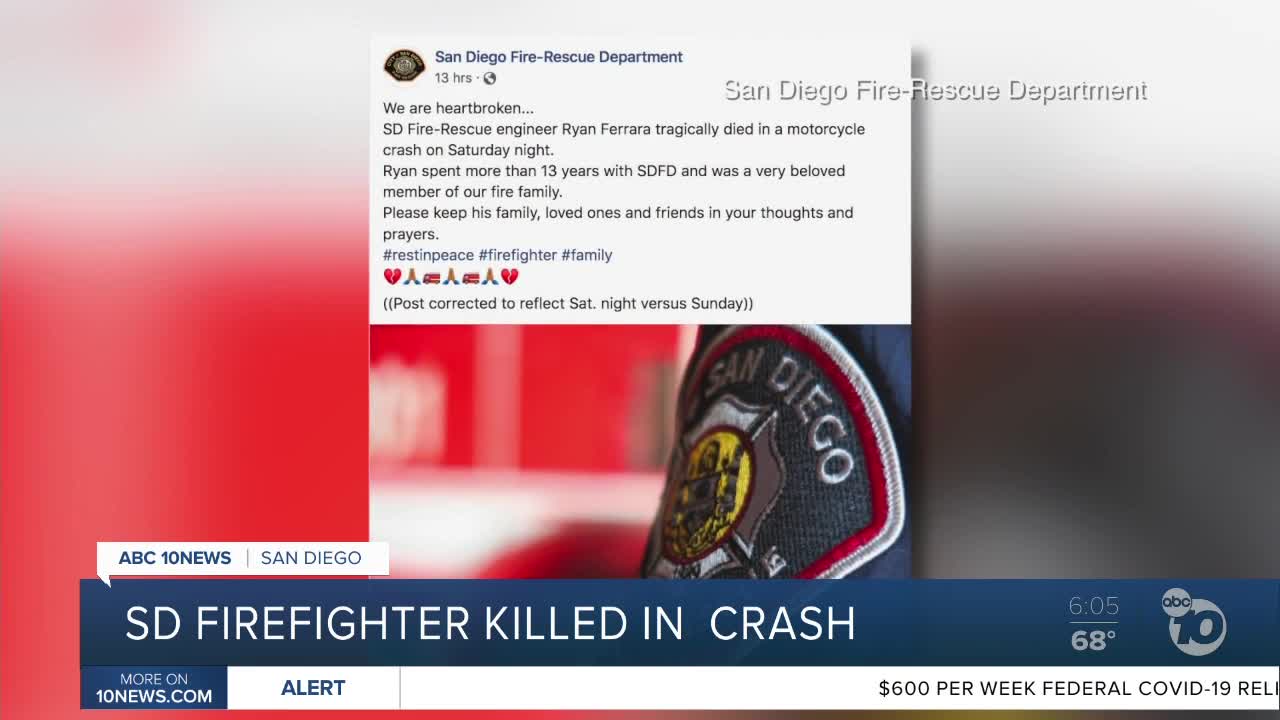 A San Diego Fire-Rescue Department firefighter was killed over the weekend in a motorcycle crash in the Lakeside area.

Ryan Ferrara, an engineer with the San Diego Fire-Rescue Department, was riding on the back of a westbound 2018 Harley-Davidson that crashed into a parked vehicle in the 13000 block of Piping Rock Lane about 9:30 p.m. Saturday, according to the county Medical Examiner's Office and California Highway Patrol.

Ferrara died at a trauma center about an hour later, and the 36-year-old El Cajon resident who had been piloting the two-wheeler was hospitalized for treatment of severe injuries, CHP public-affairs Officer Jeff Christy said.

Neither man -- the driver was not publicly identified -- was wearing a helmet at the time of the wreck, according to the Highway Patrol.

"Alcohol and/or drug impairment is suspected as a factor in the collision, and (it) is still under investigation with possible charges pending," Christy said.

In a prepared statement, San Diego Fire Chief Colin Stowell said his and his employees' "hearts are broken by the news" of the death of Ferrara, who had been with the city emergency-services agency for 13 years.