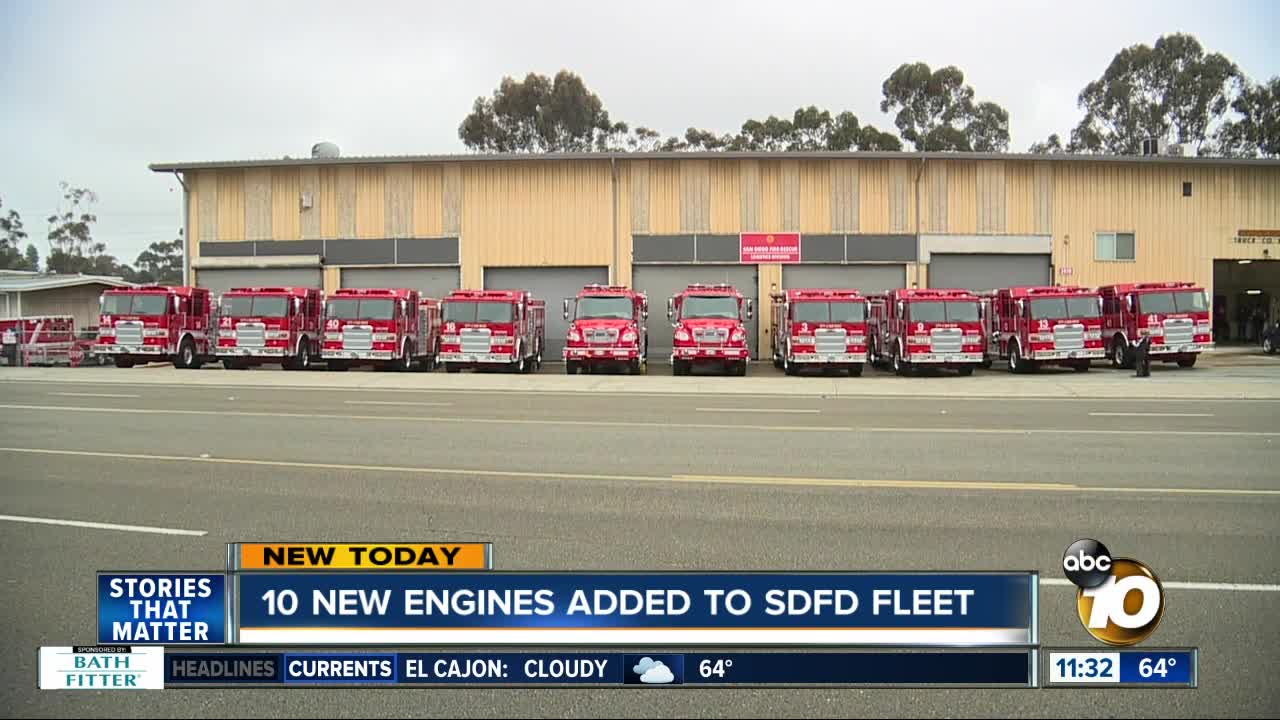 The San Diego Fire-Rescue Department is adding 10 new fire engines to its fleet as the area's fire season looms. 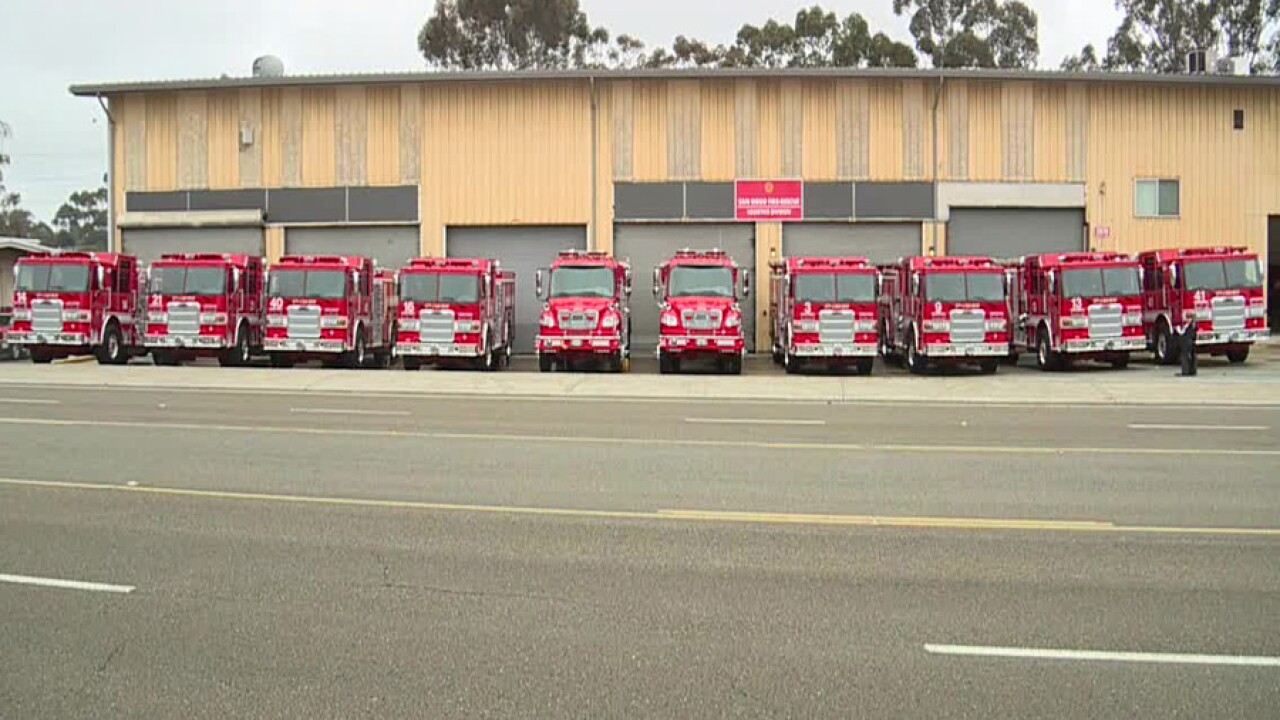 In a ceremony Monday, Mayor Kevin Faulconer joined SDFRD Chief Colin Stowell and City Councilmember Monica Montgomery to unveil the new apparatus which the mayor said would help first responders "act quickly and effectively when our communities are at risk from wildfires."

Montgomery said that San Diego "may look a little greener these days, but now's not the time to relax."

According to the department, of the city's 132-apparatus heavy fire fleet, 126 of the vehicles are now made by the same company, Pierce Manufacturing, which means they have the same engine components, same layouts and same replacement parts to make it safer and quicker for firefighters to respond and for mechanics to do repairs.