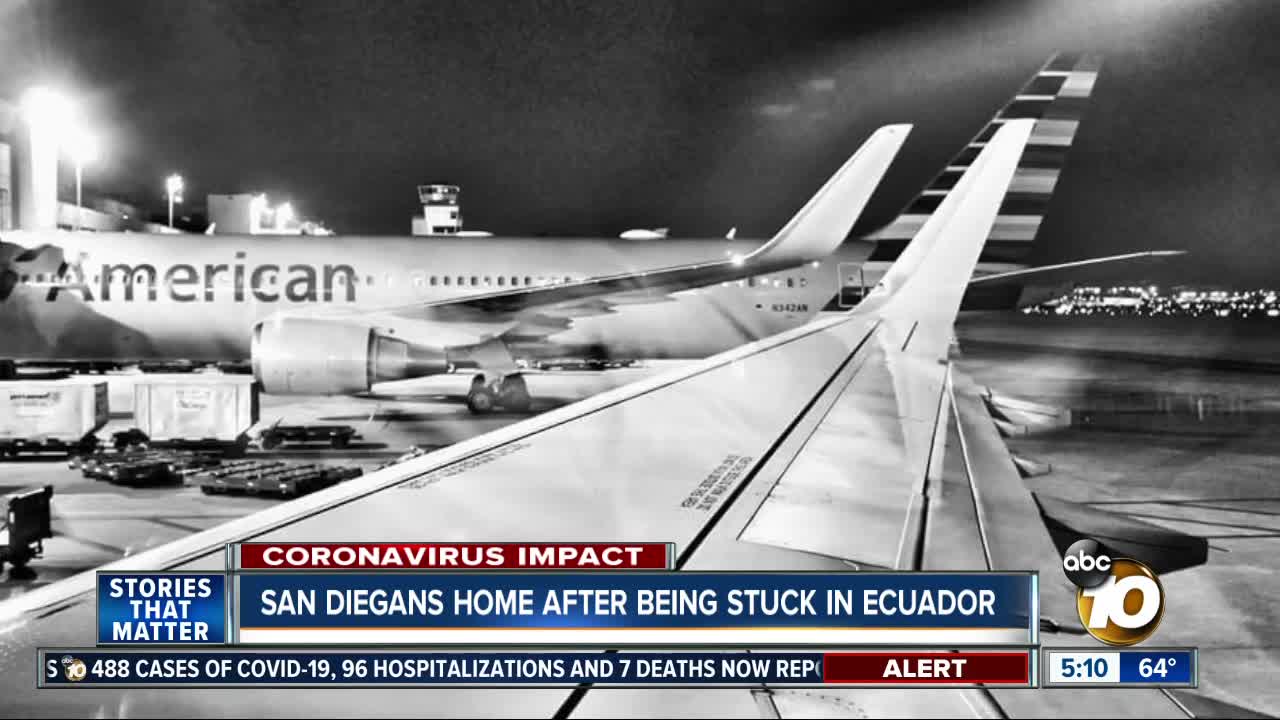 San Diego Couple home after being stuck in Ecuador. 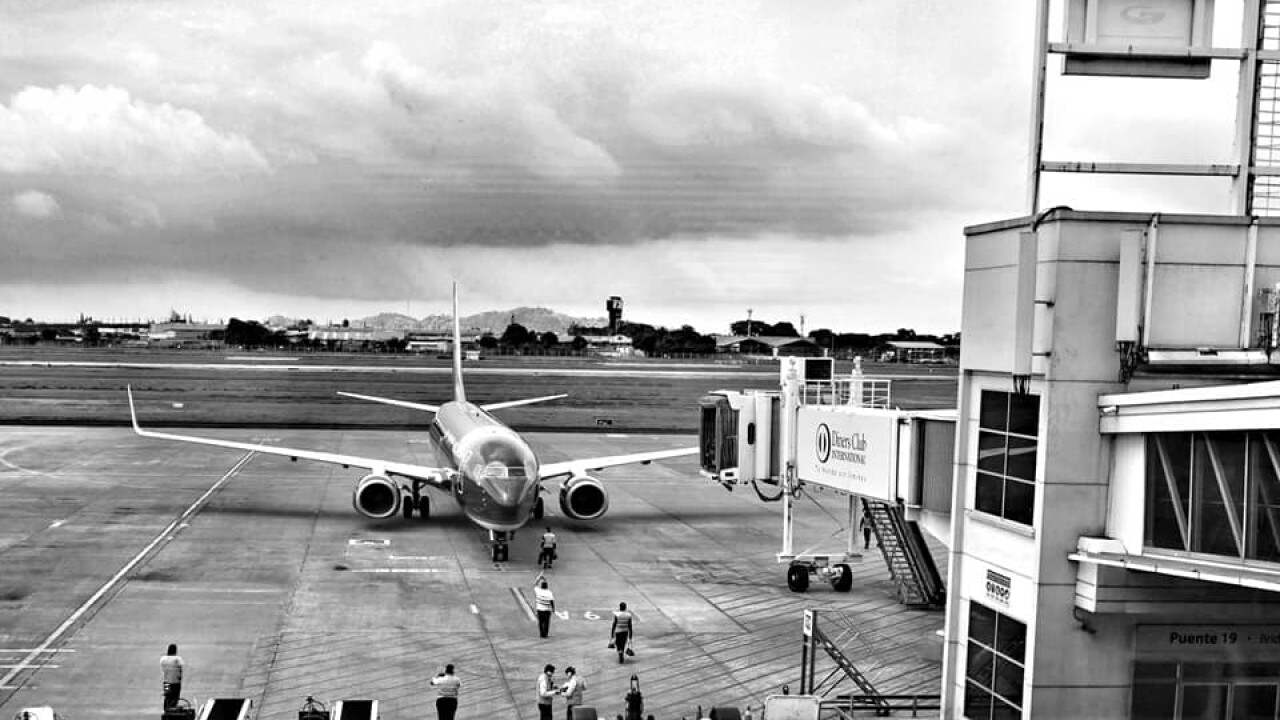 SAN DIEGO (KGTV)-- A San Diego couple was stuck in Ecuador after the country canceled all travel due to the Coronavirus. After several days of travel, the couple is finally back in their home.

A few days ago, Albert "Ace" Elliott was not sure if he and his wife Mindy would ever make it back to their Ocean Beach home.

"Without any warning at all, we hear that Ecuador has closed down the country," Elliott said. "No bus travel, no plane travel."

For the last ten years, the couple has spent three months of the year in a small surf town in Ecuador. The Elliotts were supposed to fly back on March 31, 2020. But with the pandemic situation, they were stuck. Their flights and back-up flights were all canceled.

They called the United States Embassy to see if they could somehow make it home. On Thursday, they were told to leave the next morning. The problem? Ecuador now has a 2 pm to 5 am curfew. Streets and homes are being sprayed down twice a day. Transportation is limited in their rural town.

"Ecuador is going after this thing very aggressively. They're not messing around," Elliott said.

"Whether we are on the plane or not, it's just, show up and hope kind of," Elliott said. "So we go up, and our names are on the list. So we were like, OK, we get to go into the airport."

They met another American in line, who told them he showed up yesterday, but there was no plane. He became somewhat discouraged.

"They said it's a 12 o'clock flight supposedly," Elliott said. "It's 11:30, and there's nothing. Everybody's just sitting around looking, and around the corner, there comes a plane. And we said, Wow! There's a plane!"

They were first flown into Miami. But they had no idea how to get back home. When they asked the kiosk for options, it was either $650 to San Diego the next day or $50 to Los Angeles in an hour. They chose the latter.

"We got to Los Angeles, and from there, we got a rental car and drove home," Elliott sighed. "We made it home."

The relief in his voice said it all. Elliott said they were treated well in Ecuador and throughout the trip. But the uncertainty was unbearable. As a surfer, it is difficult to stay away from the beach. But Elliott said for the safety of himself and his community, he will continue to self-quarantine.

"I feel pretty confident that we are OK, but we're just going to have to hang out at home again," Elliott said. "Our lives are going to be just about sitting around, but that's what you got to do."