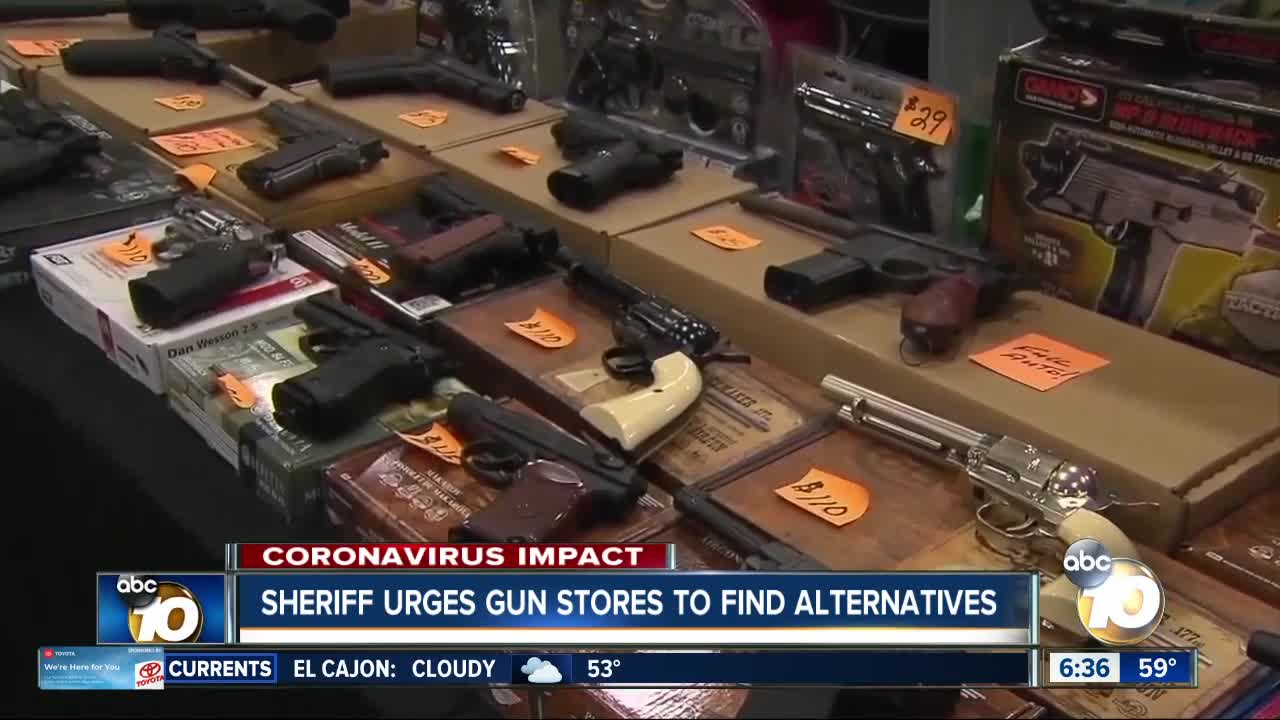 SAN DIEGO (CNS) -- It remains an open question whether gun stores can continue to operate as usual in San Diego County in light of California's newly enacted restrictions on business operations during the coronavirus crisis, Sheriff Bill Gore said Tuesday.

While asserting that his agency "recognizes the importance of licensed firearm retailers given the heightened concern for public security" amid the worsening pandemic, Gore noted that Gov. Gavin Newsom's five-day-old executive order did not designate gun shops as among "critical infrastructure sectors."

"We are awaiting further guidance from the governor on how his order affects retail firearm establishments," the sheriff said in a prepared statement released Tuesday afternoon.

Though not specified by the state as constituting a service vital to the public -- such as food vendors, gas stations, pharmacies, banks and laundromats -- licensed gun dealers "provide a valuable public service by conducting registrations, (checks on buyers') backgrounds and ensuring waiting periods are complied with," Gore noted.

"We do not want to drive lawful sales of firearms to an underground or off-the-books black market during these difficult times," he said.

Still, "all businesses have an obligation to do everything they can to help accomplish the governor's executive order and the county of San Diego public-health order," he added.

Until it receives clarification on the issue, the Sheriff's Department will continue to enforce state and local "social distancing" guidelines, which include a prohibition on gatherings of more than 10 people, according to Gore.

"Firearm retailers are no exception," he stated. "We encourage them to find alternative ways to conduct business while complying with these orders."

Some local guns sellers have taken it upon themselves to close their stores or conduct sales by appointment only, Gore noted.

"Voluntary compliance is essential to limiting the spread of COVID-19 in our community," he said. "The Sheriff's Department does not have enough resources to police every business to ensure that they are complying with the health orders. Where deputies can gain compliance and cooperation, we will. Where that is not the case, deputies will employ additional enforcement options as necessary in order to gain compliance and protect public health and safety."