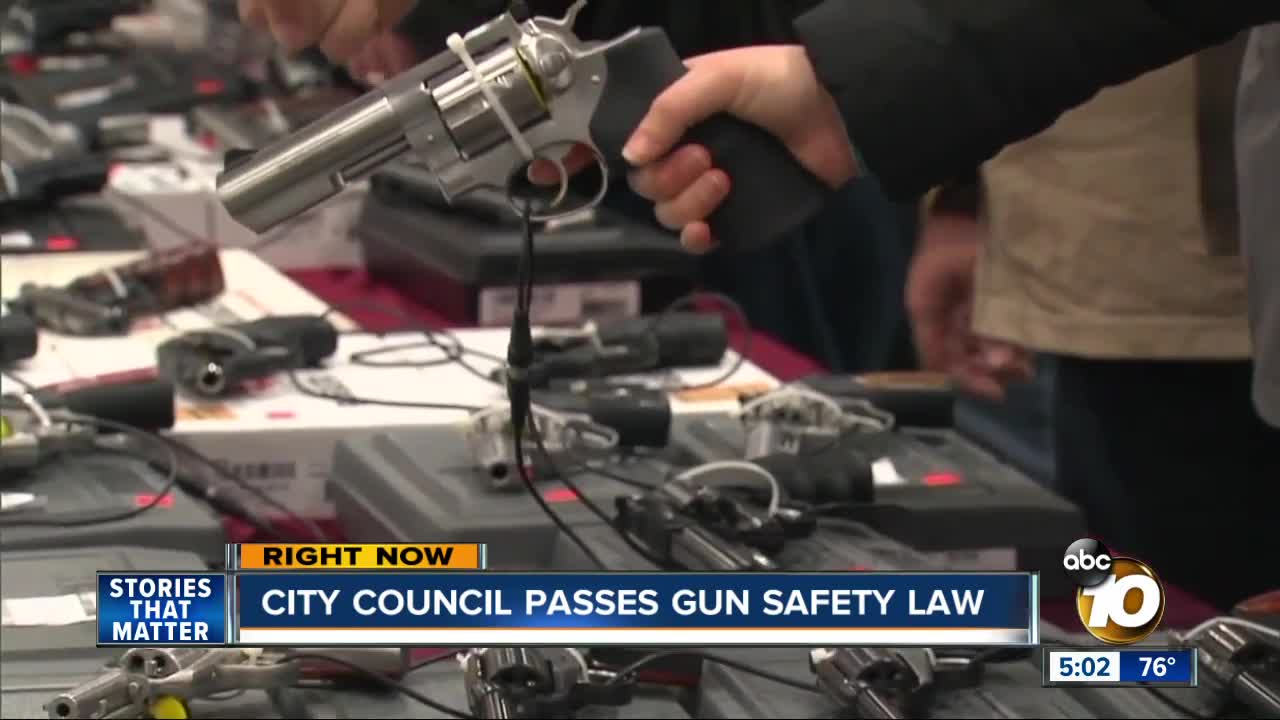 The vote led to a heated response.

SAN DIEGO (KGTV) - The San Diego City Council voted Monday in favor of a proposed ordinance that would require city gun owners to keep their firearms in a special locked box.

In a proposal announced by City Attorney Mara Elliott in June, owners would have to store their guns in a Department of Justice-approved lockbox or with a trigger lock, unless the owner or authorized user is carrying the firearm or it is in their immediate control.

Those who violate the ordinance could face up to six months in jail and a $1,000 fine.

Many supporters said the idea behind the ordinance is to make it more difficult for children and unauthorized users to access firearms. City Attorney Mara Elliott, who proposed the law, said about 7,000 children are hurt by guns each year, with most of those firearms coming from inside the home. She said many state laws address safety issues after a tragedy happens, and that her proposal aims to pre-empt those situations.

However, opponents believe the proposal violates Second Amendment rights, is just duplicating other laws and that education is the better approach. They also say the few seconds it could take to unlock a gun when defending themselves could be the critical difference.

The council voted 6-2 in favor of the proposal, with Republicans Chris Cate and Scott Sherman dissenting. The ordinance will come back to the council for a second reading before going into effect.