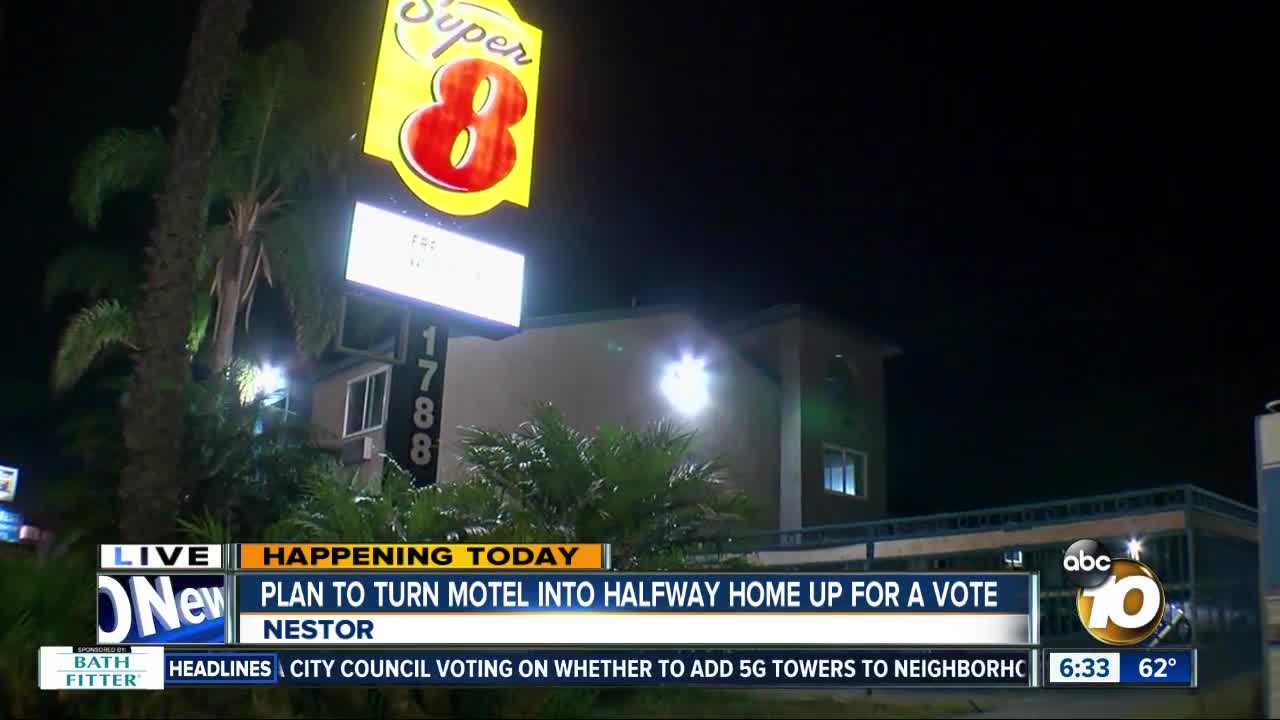 The San Diego City Council will vote on a proposal to turn a Nestor motel into a treatment facility for homeless citizens.

SAN DIEGO (KGTV) -- The city will seek a new permit for a project to turn a Nestor-area motel into a recovery home for the city’s homeless.

In July 2017, the city purchased a Super 8 Motel on Palm Avenue with intent to transform the motel into a treatment center for low-level repeat offenders. The facility would connect them to services to help them turn their lives around.

In December 2017, the City Council approved the project to turn the 61-room motel into the 84-bed transitional center.

The council approved the project without a Coastal Development Permit, circumventing the state Coastal Commission. A group called Citizens for South Bay Coastal Access sued over that decision, saying the city did need that permit. In January, a judge agreed.

On Tuesday, the City Council voted 7-2 to obtain a Coastal Development Permit, which the commission could ultimately reject. The city has already spent $13 million on the project.

A 2017 letter from the Commission says the city should replace or mitigate for the 61 lost, low-cost motel rooms. There is currently no plan to do so.

Opponents of the plan say turning the motel into a treatment facility would turn investors away and diminish hope for a revitalization of the area. City officials say the Super 8 Motel was often a site of prostitution and drug trafficking.