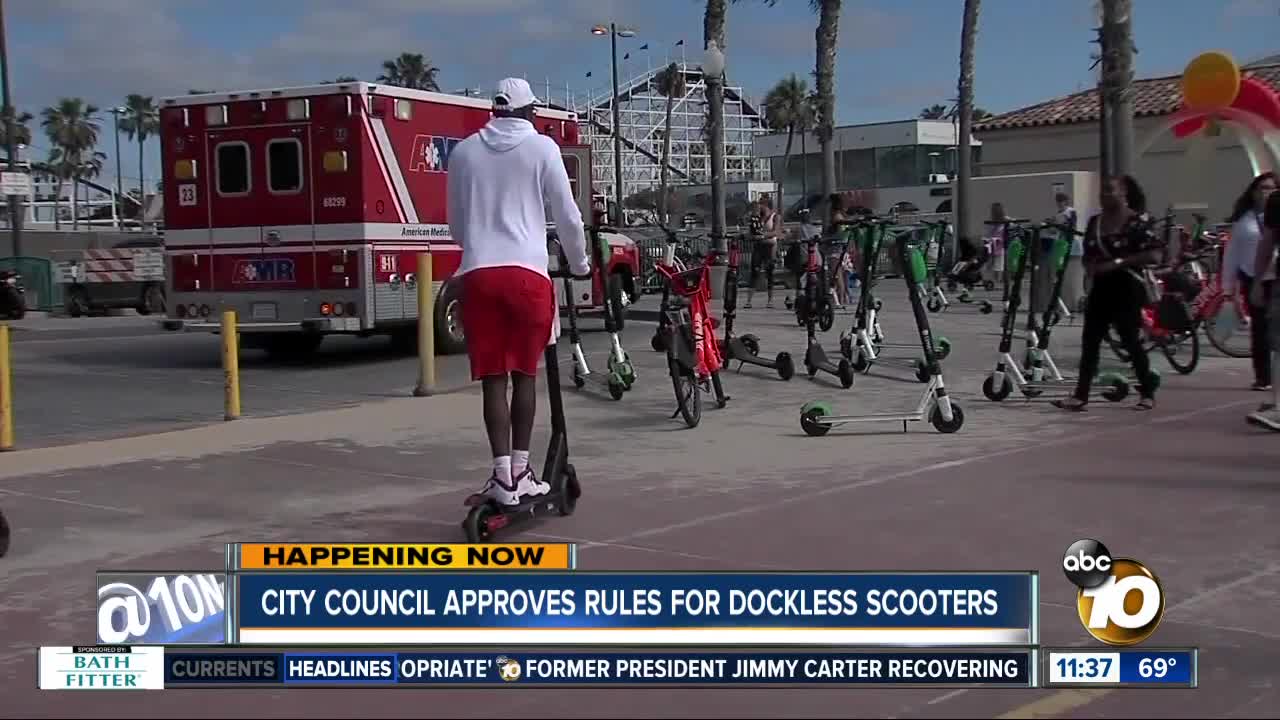 The San Diego City Council voted unanimously Tuesday to put their final stamp on regulations for dockless scooters in the city. 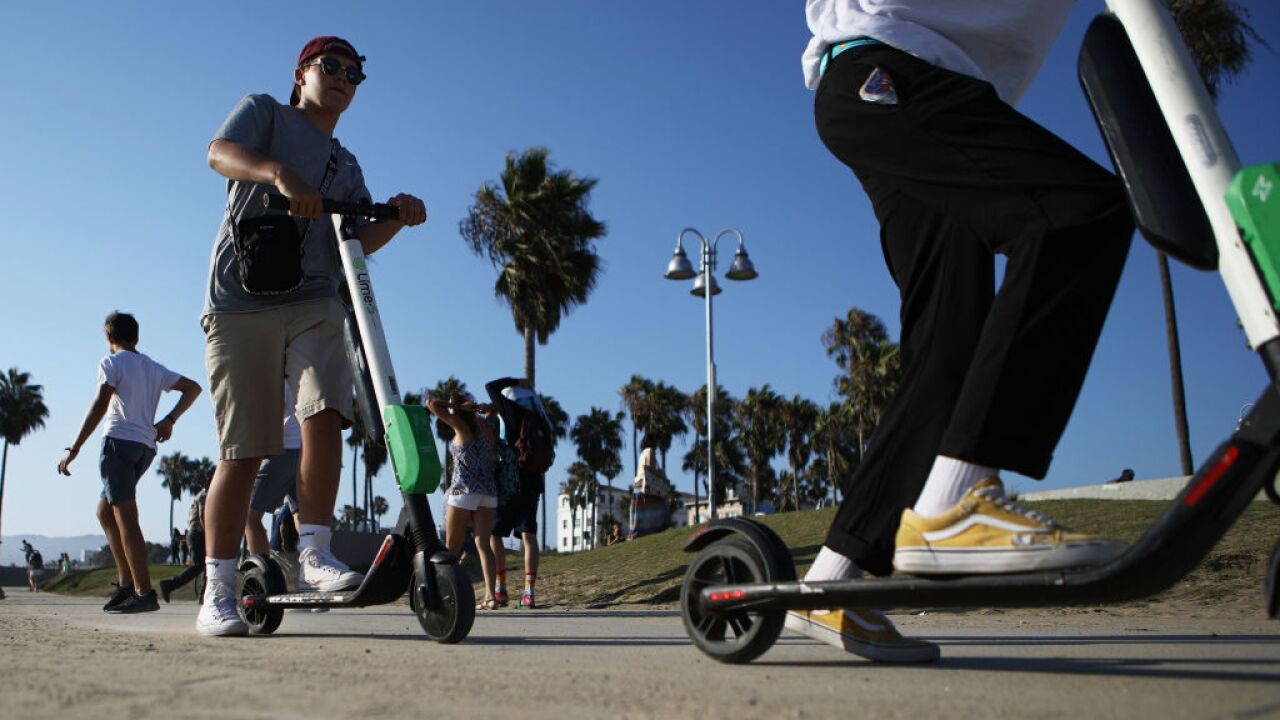 The new rules, which go into effect July 1, are aimed at curbing illegal and unsafe behavior involving scooters.

The package of regulations was initially approved in late April. Tuesday’s vote was a procedural vote.

-- speed limit drop from 15 mph to 8 mph on the Boardwalk or 3 mph in other high-traffic areas
-- creation of designated scooter corrals so the vehicles do not congest sidewalks
-- require scooter companies to pay a permit fee of a little more than $5,000 every six months, as well as a $150 per device fee

A Lime spokesperson previously told 10News fees will not be passed on to users.

City Councilmember Barbara Bry said she plans to propose an ordinance in the coming weeks that would ban dockless scooters outright on boardwalks such as those in Mission Beach and Pacific Beach.