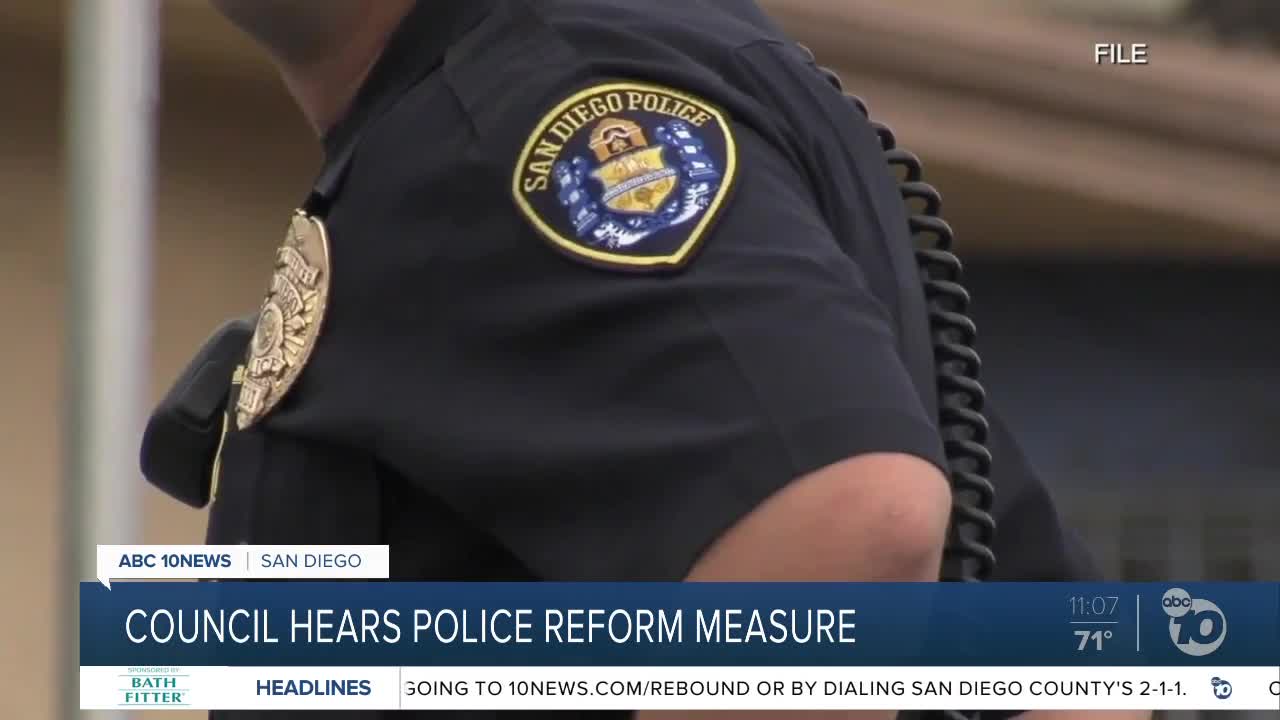 SAN DIEGO (KGTV) - The San Diego City Council unanimously voted Tuesday to give final approval to place a measure on the November ballot that would change the city's police oversight structure.

The current version is the Community Review Board; the ballot measure would replace it with a Committee on Police Practices.

"It is so desperately what the community wants and needs, so that we can build trust between the police department and the community," said Andrea St. Julian, co-chair of San Diegans for Justice, the group that wrote the ballot measure.

St. Julian said these changes will help avoid conflicts of interest that the old board dealt with, especially because the CRB's lawyer was the City Attorney, who also acted as the lawyer for the police department.

The new committee would also have broader power for investigations. It would be required to investigate any police shooting, as well as any time someone died while in police custody or while interacting with police.

The committee could also investigate any other complaints against an officer and review all disciplinary action taken within the department.

Mayor Kevin Faulconer and County District Attorney Summer Stephan have both said they support the measure. The City Council and the Police Officers Association held several meetings over the past few months to come to an agreement on the language within it.

Today’s action, led by a coalition of community advocates, marks an incredible moment for San Diegans advocating for transparency, accountability and improved public safety policies from the San Diego Police Department. I want to thank Councilmember Monica Montgomery for her leadership throughout this process. Her efforts uplifted years of work by Women Occupy San Diego, the Earl B. Gilliam Bar Foundation, Mid-City CAN, and San Diegans for Justice. Our communities are better off because of their dedication and work on this issue. This was a monumental achievement for San Diego, but existing structural issues still exist and must be addressed. I look forward to working with the community to ensure trust is built between all San Diegans and public safety officials.

The measure will be placed on the ballot for Nov. 3.