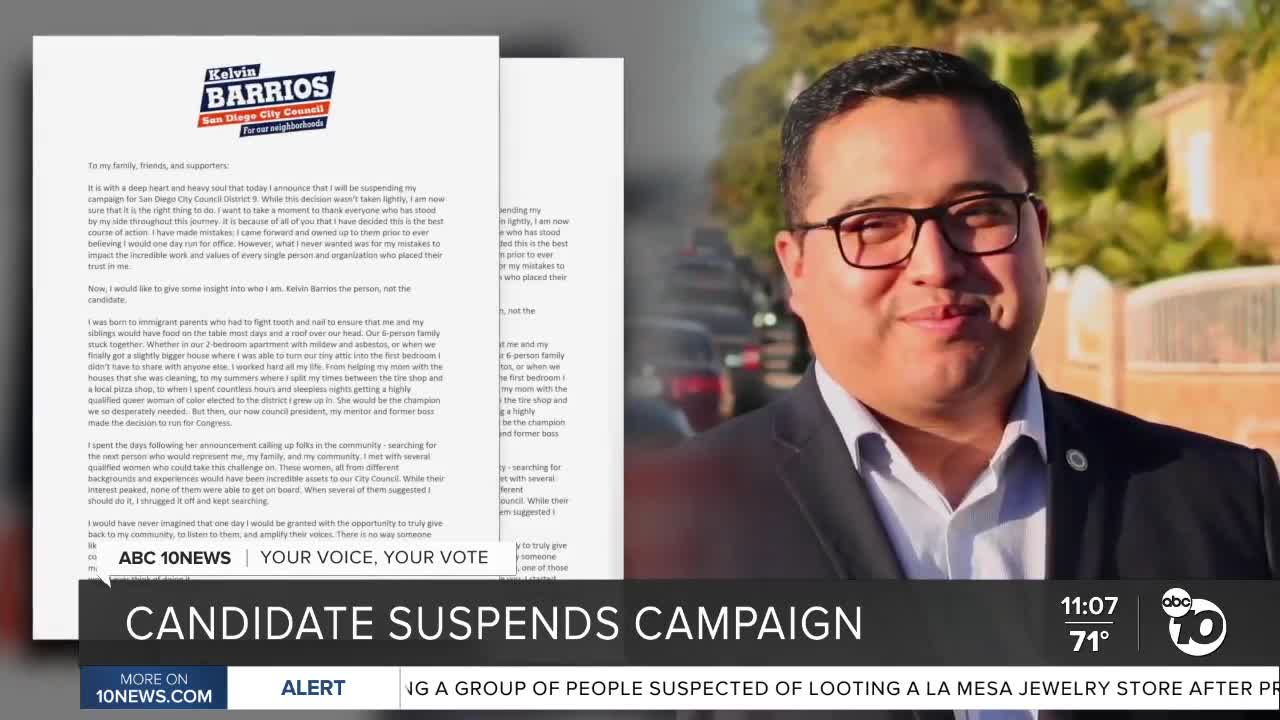 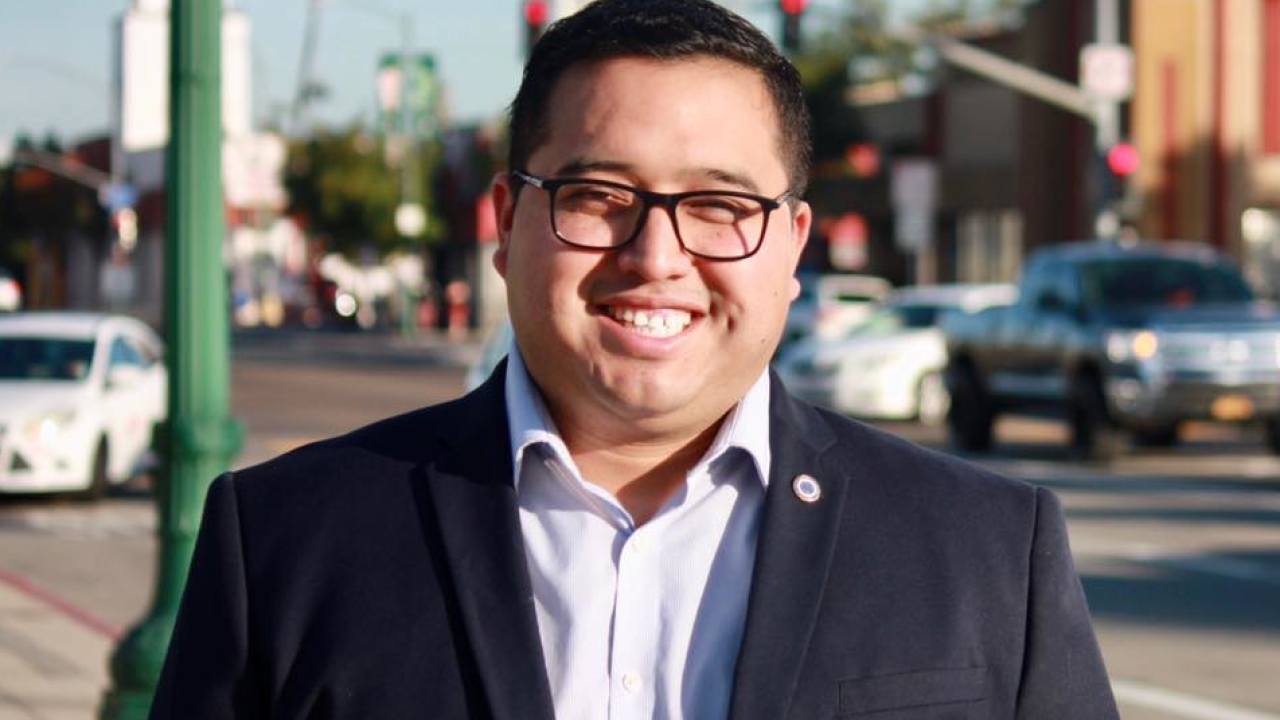 Barrios was running for City Council District 9 in the seat soon to be vacated by Council President Georgette Gomez.

``Throughout this race I have been hit, morally and mentally, more times that I can even count,'' Barrios' statement released Monday said. ``And I get it -- there were issues, we needed to address them.

``It seemed like every time I did, we would collectively shift away focus from the real needs of our community. The real struggle and hardships my neighbors are facing became second to the media blitz filled with negativity that just served as a distractor.''

The San Diego Union-Tribune reported earlier this year that Barrios was under criminal investigation for alleged mishandling of campaign funds and was the subject of a California Fair Political Practices Commission complaint alleging he used thousands of dollars in contributions to political committees for personal use.

Earlier this month, additional media reports alleged Barrios did not disclose more than $86,000 he received while working for Laborers Local Union 89, and did not report a brief overlap that existed while he worked for both the union and Gomez's office.

Barrios' name will still appear on the November ballot despite the campaign suspension.

Barrios' campaign opponent, Sean Elo-Rivera, tweeted a statement saying Barrios suspending his campaign ``will allow our community to move away from focusing on scandals and toward focusing on the brighter future San Diegans deserve.''

``Our campaign will continue engaging the community and building the momentum we'll need to make San Diego a world-class city with opportunity for all,'' the statement said.