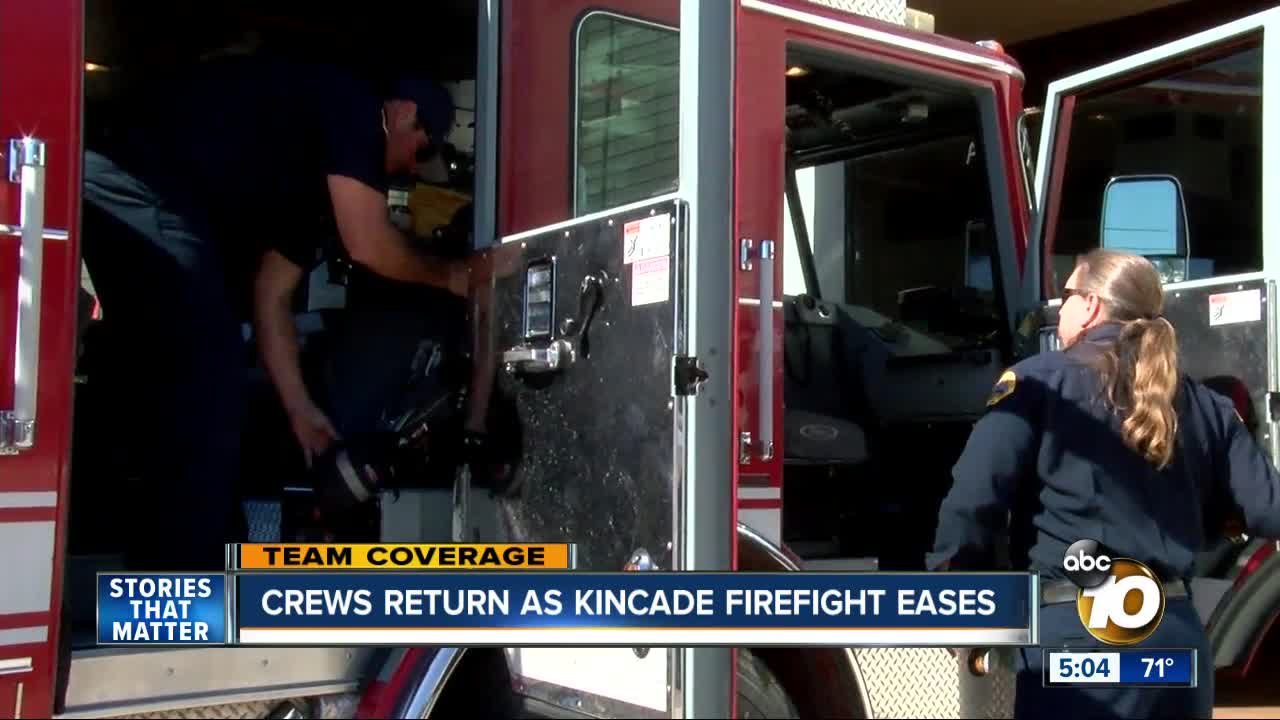 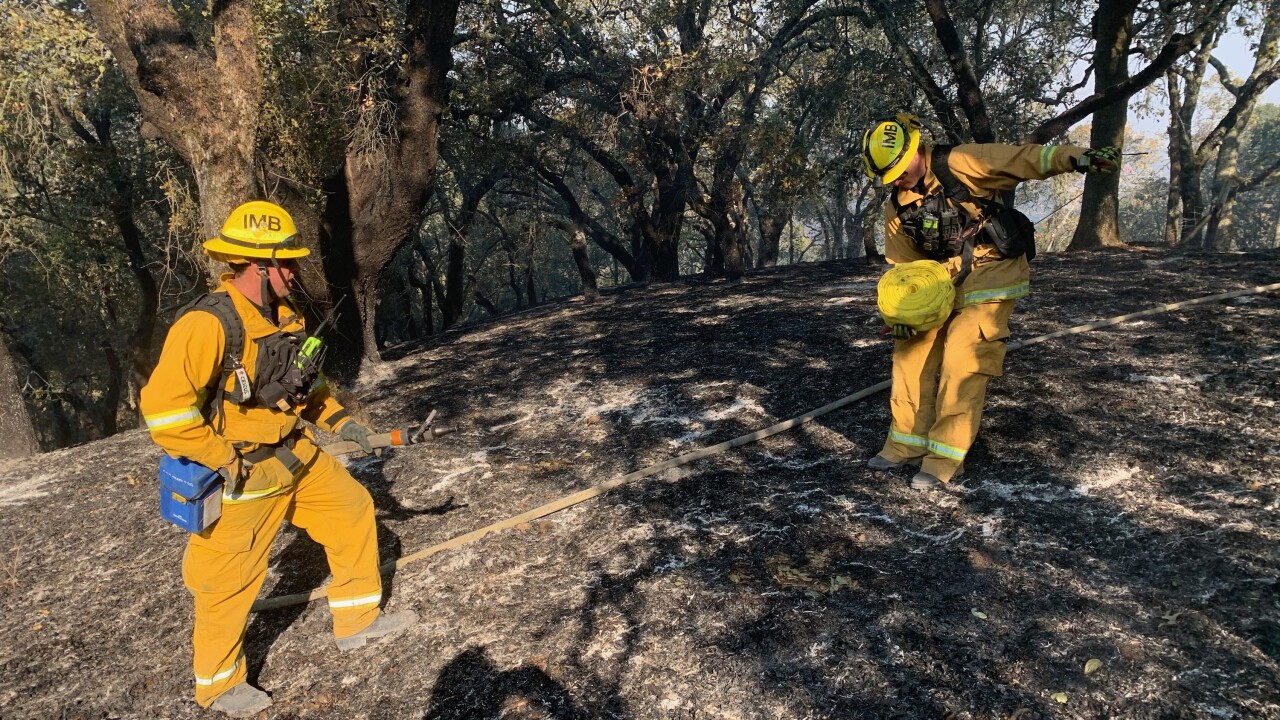 IMPERIAL BEACH, Calif., (KGTV) — After six grueling days on the fire line, members of the San Diego-based Strike Team called to fight the Kincade Fire are back home.

10News met with the fire crew from Imperial Beach, who said this was the first time in 11 years that they were called to assist in Northern California. Today, they were back on duty, just hours after their arrival.

It's just another day at the Imperial Beach firehouse. Fire Engineer Cory Cooper, firefighter Nick Morales, and Captain Ehren Kahle are cleaning up their ride, Engine 39, after a long trip up north.

"It was just kind of a gentle immersion into chaos," Kahle said.

Last Friday, the three were part of a large San Diego-based Strike Team called to assist in Sonoma County. As soon as they arrived, they headed straight to the fire line.

"It started out with light smoke, which progressively got worse, to a point where my engineer had difficulty seeing the road at some point," Kahle said.

Buildings had crumbled, citizens were in chaos. But they were there, fighting the explosive flames, seemingly non-stop.

"We rest when we can," Kahle laughed.

Once the spread slowed down, the team headed back home. The men arrived at 11 p.m. on Thursday. While firefighters in larger departments are given a 24-hour rest period, these guys with the small Imperial Beach department are already back on shift.

"We're right back to our normal routine."

It's day-to-day calls like these, as well as being part of a large Strike Team that reminds Captain Kahle of the true camaraderie of the fire service.

"Although I may be going out on a Strike Team with men that I have never worked with or never even met in my entire life, you can probably take a firefighter off of an engine from San Diego, Coronado, National City, or Poway, throw them onto their engine, and they will drive right into that crew and be able to function," Kahle said.