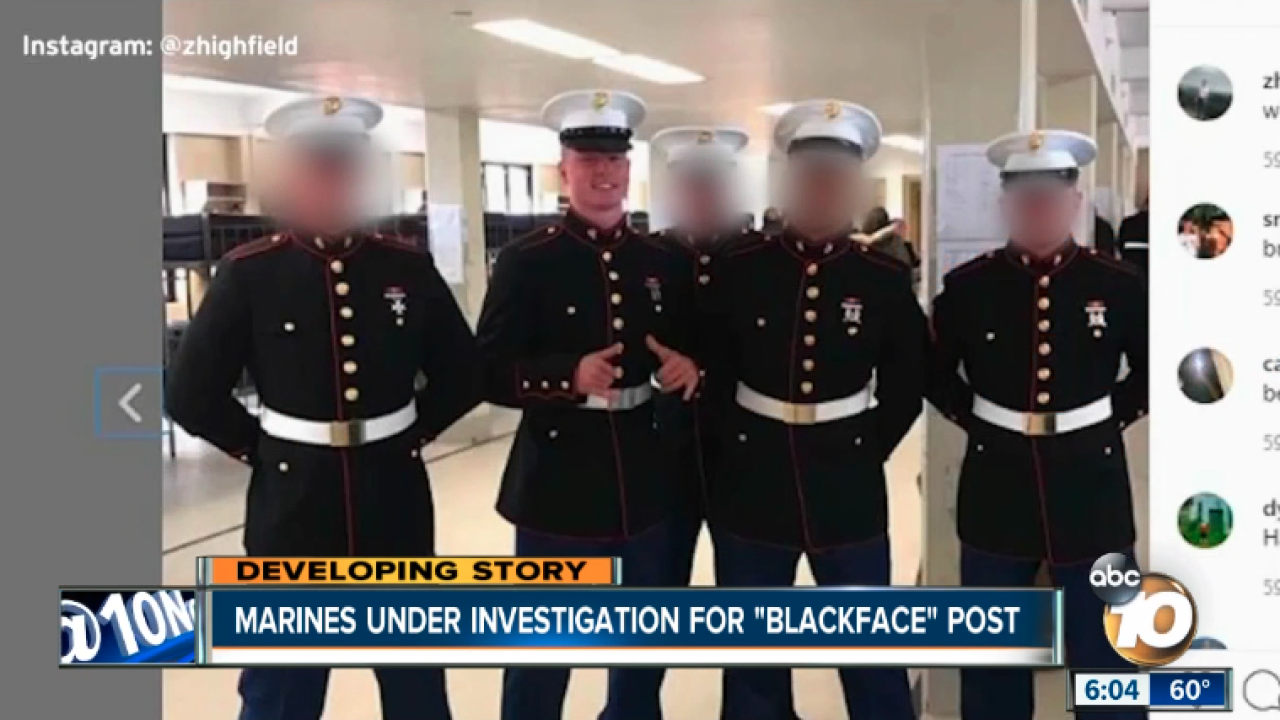 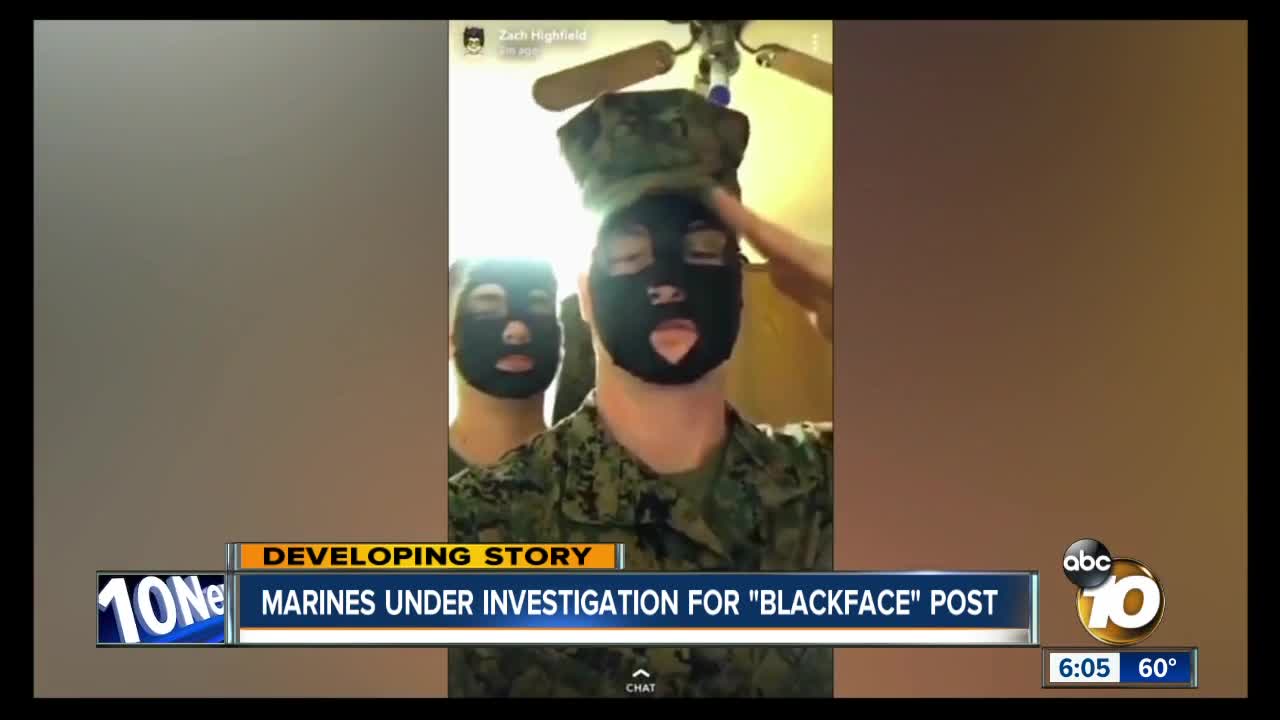 SAN DIEGO (KGTV) -- Two San Diego-based Marines are under investigation after posting a video that appears to show them in "blackface."

According to KPBS, Zach Highfield originally posted the video on Snapchat. Highfield's Instagram page shows him in his Marine uniform.

The video shows Highfield and another man in uniform with their faces blackened. One of them is heard saying "blackface." The other man puts on his cap and salutes. At one point, one of them uses a racist slang used to describe African Americans.

The video shared on social media, with many people on Twitter, saying the Marines should be kicked out of the military.

Bishop Cornelius Bowser is the pastor of Charity Apostolic Church. He agrees.

"It seems as though, whether it's military or someone in the community or working for a company, they should have learned by now that this is unacceptable," said Bishop Bowser.

Highfield told a KPBS reporter, they were wearing charcoal masks used to clean pores. He said they didn't mean to offend anyone. 10News tried calling Highfield at the number posted on his Instagram page, but his voicemail was full and he did not respond to texts.

Bishop Bowser believes the two knew exactly what they were doing.

"We pay our tax dollars for them to protect and serve our country and this is not it, right there, that kind of display, that kind of character should not be allowed."

A spokesman with The Third Marine Aircraft Wing, based at Miramar Air Station, wouldn't release any details, but said the matter is under investigation. Major Josef Patterson sent 10News the following statement.

We are aware of this social media post. An investigation has been initiated to determine the facts and circumstances surrounding the content. Our leaders are committed to maintaining an environment of professionalism, dignity, and respect. 3rd MAW takes all allegations of discriminatory behavior very seriously as they stand in stark contrast of our core values of honor, courage, and commitment and do not reflect the discipline and professionalism of the Marines and Sailors of 3rd MAW. It would be inappropriate to comment further on an ongoing investigation.