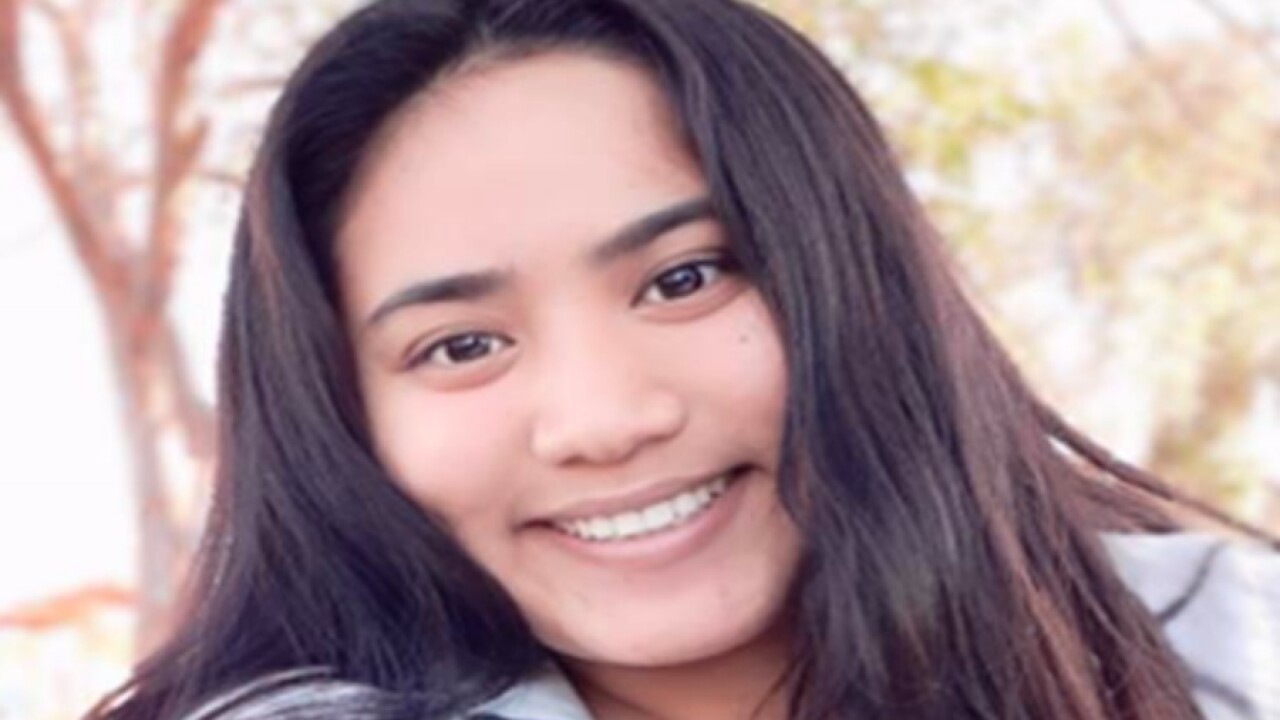 According to officials, Christalyne Suyat contacted sheriff's detectives on Tuesday to inform them that she was safe.

No other details were released.

SAN DIEGO (KGTV) -- San Diego County sheriff’s officials are asking for the public’s help in locating a young woman who has not been seen since early May.

Sheriff’s Department officials said 19-year-old Christalyne Suyat was last seen on May 7. She was reported missing by her family on May 14, officials stated.

Suyat is believed to be staying in the areas between Spring Valley and Chula Vista, and sheriff’s officials noted that “there is also a possibility she is in the hospital” but investigators said that has not been confirmed.

Suyat is described by sheriff's officials as Hispanic with brown eyes and brown hair, and she has a distinct mole on her left cheek. She is 5 feet tall and weighs 170 pounds.

Anyone with information on Suyat’s whereabouts is urged to call the sheriff’s department at 858-565-5200.