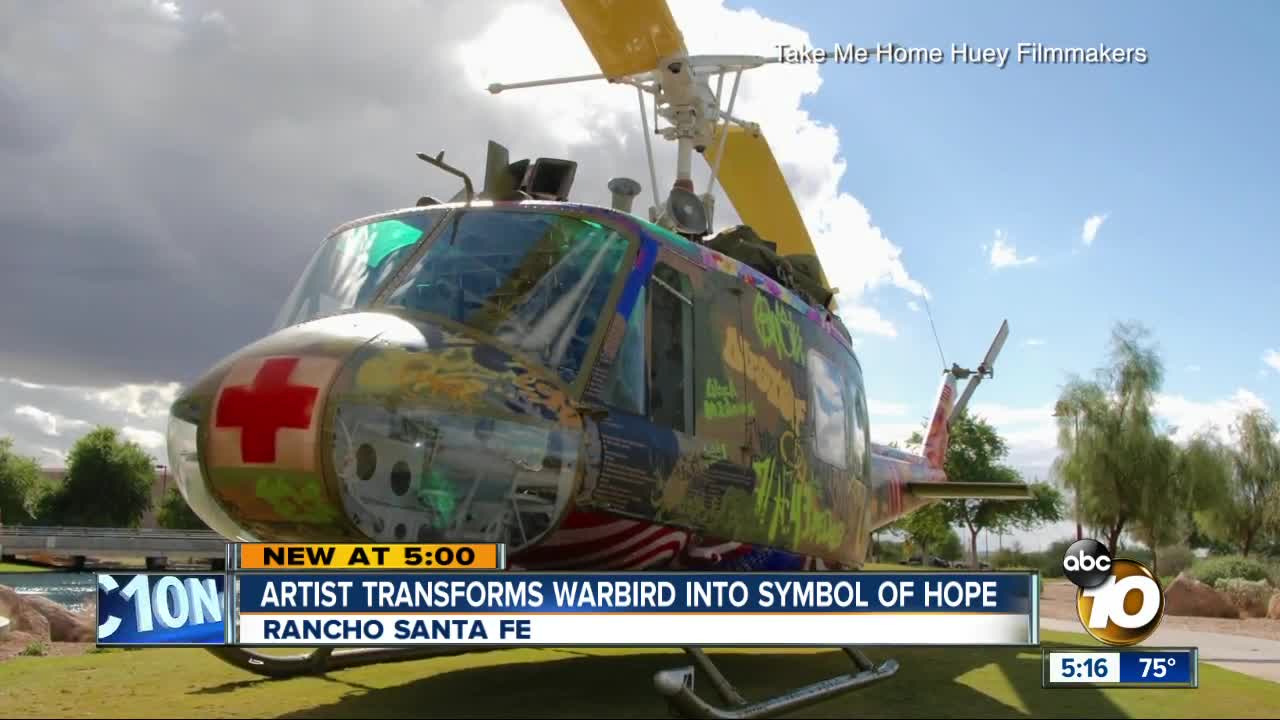 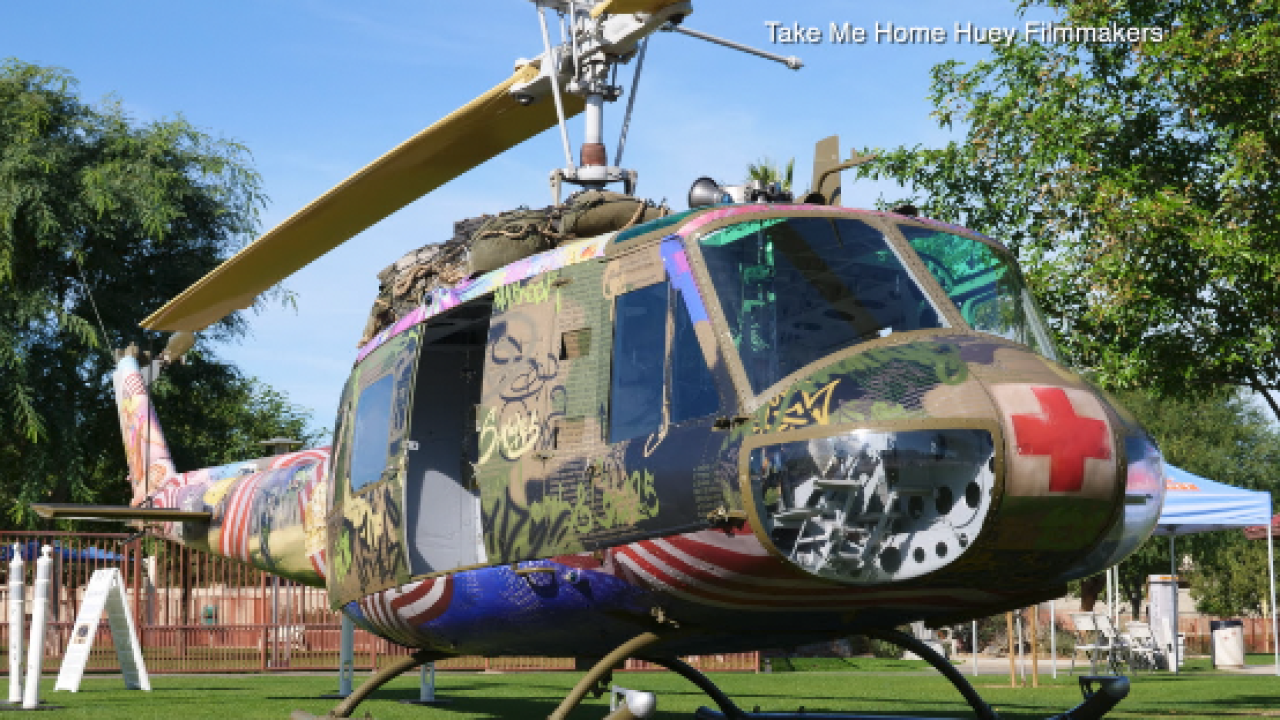 SAN DIEGO (KGTV) - The son of artists, Steve Maloney says creating art has always been in his DNA.

The project he is most proud of is featured in the documentary Take Me Home Huey, which is being screened during San Diego's GI Film Festival.

Produced by Los Angeles filmmakers Alicia H. Brauns and Christine N. Steele, the film documents Maloney's transformation of a Vietnam-era Medevac Huey Helicopter from a wounded warbird, shot down in combat in 1969, into a colorful sculpture with a mission to help veterans recover from Post-Traumatic Stress.

"What my purpose was to honor those 2.7 million or more American Vietnam veterans that never got a welcome home," said Maloney.

Inspiration for the Huey sculpture came from Vietnam veterans themselves. Maloney interviewed several, listening to their stories, and learning what they felt while during the war.

"What are you thinking about? Well, number one, probably your girlfriend, maybe your car, mom's apple pie."

Maloney and the filmmakers were able to uncover the history of Huey 174, learning the names of surviving crew and two young soldiers killed during the shoot-down.

The three survivors were reunited 50 years after their aircraft was shot down.

"They almost wanted to hug it, for sure, they wanted to touch the cross, the medevac cross on the top. It just brought out their experiences, which they talked about," said Maloney. "The two pilots had a great feeling of guilt."

Maloney says the project has helped Vietnam veterans cope with the traumas of war.

Maloney is currently working on a book which will allow him to share more experiences not captured in the film, including the journey of Huey #174 as an art exhibition in various cities throughout the United States and the people he met along the way.

The Huey sculpture is on display at the Palm Springs Air Museum.